A sportier version of the Kia Seltos rendered with a host of cosmetic changes, and the end-result looks beefier and meaner than the regular car

Kia revealed the Seltos SUV for the US market at the recently held 2019 Los Angeles Auto Show. While the manufacturer showcased two off-roading concepts of the Seltos along with the regular car at the show, this is an unofficial rendering done by someone at Kolesa.ru.

The renderings depict a performance-oriented sportier version of the Korean compact SUV, and comes with a lot of design enhancements over the regular car. At the front, the performance-packed Seltos gets a redesigned bumper with large air intakes. The headlamps from the normal Seltos have now been separated, whereas the fog lamps have completely disappeared.

The car features long vertical air ducts on the fenders, along with a new set of large multi-spoke alloy wheels. The rear-end sports a new sportier bumper with two sets of twin exhausts. The roof, ORVMs, the front grille and the tailgate chrome garnish have all been blacked out. 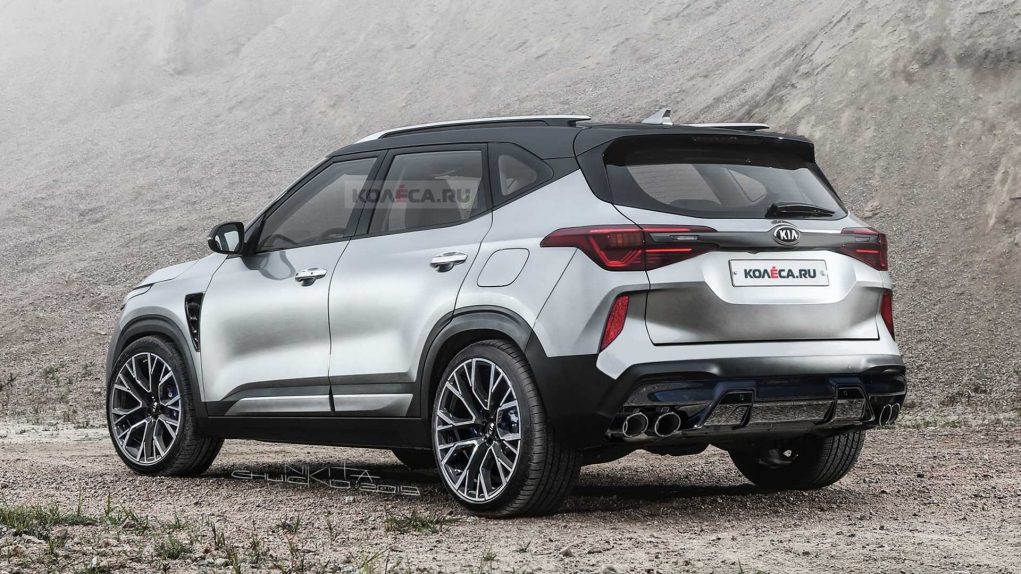 In the US, Kia offers the Seltos with a 2.0-litre naturally aspirated and a 1.6-litre turbocharged four-cylinder petrol engine. The former makes 146 hp of maximum power, while the latter engine churns out 175 hp power and 264 Nm torque, and comes mated to a 7-speed DCT.

This is an altogether different scenario as compared to the Indian-spec Seltos. Kia has equipped the compact SUV in India with naturally-aspirated 1.5-litre petrol and diesel mills, along with a 1.4-litre turbocharged four-cylinder petrol unit. 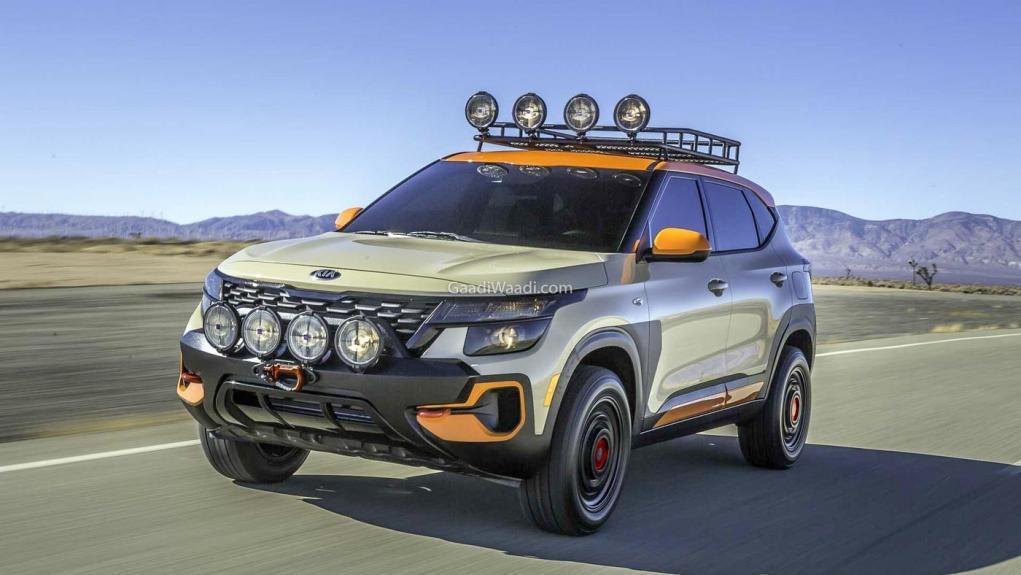 Since the renderings are unofficial, do not expect to make it to production. As of yet, Kia has not yet revealed the official price of the Seltos in the US market, however it is expected to be priced around $20,000 (Rs 14.34 lakh) when it launches next year in March. Relatively, the compact SUV in India has a starting price of Rs 9.69 lakh (ex-showroom), which goes up to Rs 16.99 lakh (ex-showroom) for the range-topping trim.