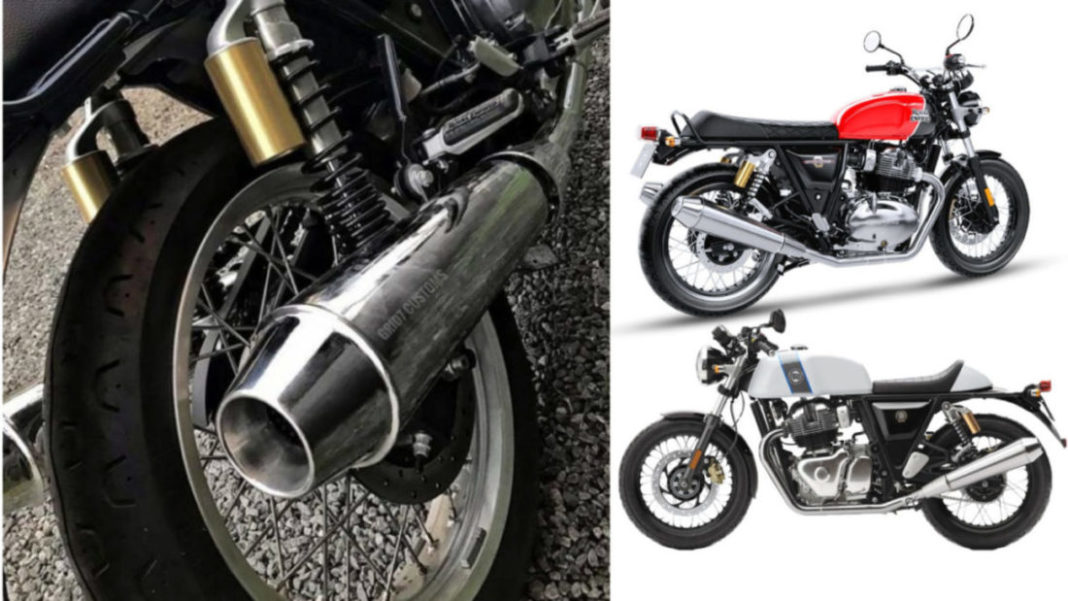 Grid7 Customs will soon introduce a performance exhaust for Royal Enfield Interceptor 650, and it might even result into a small bump in power output

Launched in November 2018, the Royal Enfield Interceptor 650 and Continental GT 650 are the most affordable 650 cc bikes in the country. The duo has started its innings on a positive note with good sales figures in the initial month. While the stock exhaust note, which is characteristic of most V-Twin engine’d models, is quite pleasing, some customers do not seem to be satisfied with it.

Thankfully, for such users, aftermarket performance part makers are already working on a custom exhaust for the 650 Twins. Grid7 Customs, which is based in Thrissur, Kerala, has posted a video of its performance exhaust for the Interceptor 650 on their official Facebook page. However, the customizer is yet to reveal the specifics of their setup.

What we do know, however, is that the new performance exhaust enhances the stock sound note, and we can even expect a small bump in power output. However, it should be noted that the use of aftermarket exhaust to improve sound is not legal in our country. Also, other than the new exhaust, the company doesn’t seem to be working on any other performance-enhancing modification for the Interceptor 650.

Going by the comments posted in the video, the owners and the fans of the 650 twins look excited about this project as enhancing the stock exhaust note surely adds to the character of the new motorcycle. This same exhaust can be even used on the Continental GT 650 as it uses the same engine.

The Royal Enfield 650 Twins are powered by a newly developed 648cc parallel-twin, air-cooled engine that produces 47 bhp at 7,250 rpm and 52 Nm at 5,250 rpm. This engine features counterbalanced crankshaft with a 270-degree firing to reduce vibrations, while the transmission duties are handled by a 6-speed gearbox that comes with a slipper clutch also.

Braking is courtesy of a 320 mm disc brake at the front and a 240 mm disc rotor at the rear. Furthermore, the motorcycle benefits from a standard dual-channel ABS. A set of 41 mm telescopic forks at the front and dual-gas charged shock absorbers offer the suspension. Neither the Royal Enfield Interceptor 650 nor the Continental GT 650 don’t have a direct rival at the moment.