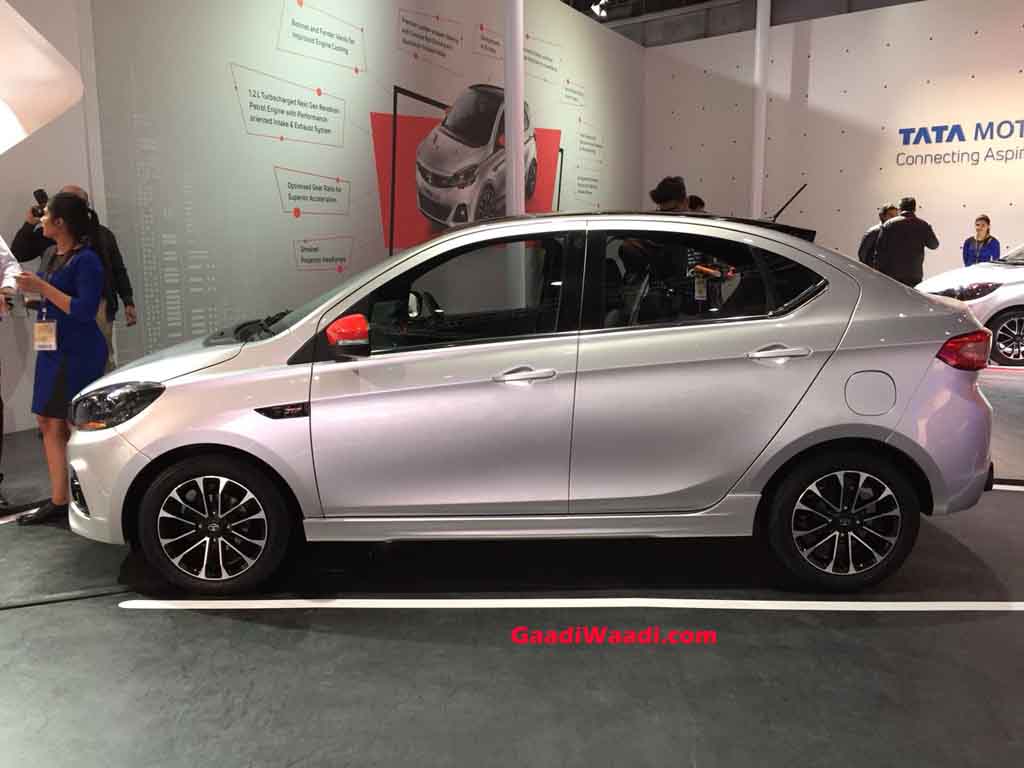 Tata Tigor has earned pretty good respect in Indian market with its unique and stylish design along with upmarket features. Tata Motors had brought the Tigor JTP to the 2018 Auto Expo with much excitement. It is based on the standard sedan but comes with much more appeal thanks to the sporty design updates and added mechanical performance.

Tata Tigor Sport has been developed jointly by Tata Motors and Jayem Automotives, the company that has tied up with the automaker to develop sporty versions of the regular models. The Tata Tigor JTP would be available in the domestic market for buyers in the coming months during this fiscal and before that let us explore the sporty sedan in detail: 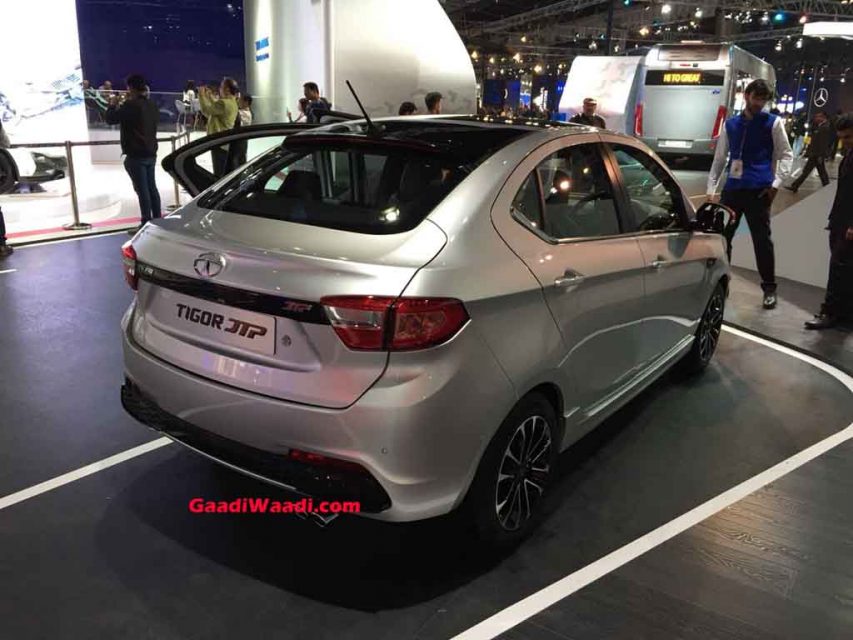 Tata Tigor JTP is expected to be commercially launched for Indian buyers during the course of this financial year (FY 2018-19). It also pays tribute to the circuit in which the car is developed – Kari Motor Speedway in Coimbatore – by Jayem Automotives and Tata Motors.

Tata Tigor JTP is expected to be priced at around Rs. 20,000 – Rs. 30,000 premium over the standard Tigor sedan and it has been spotted testing in India for the first time. 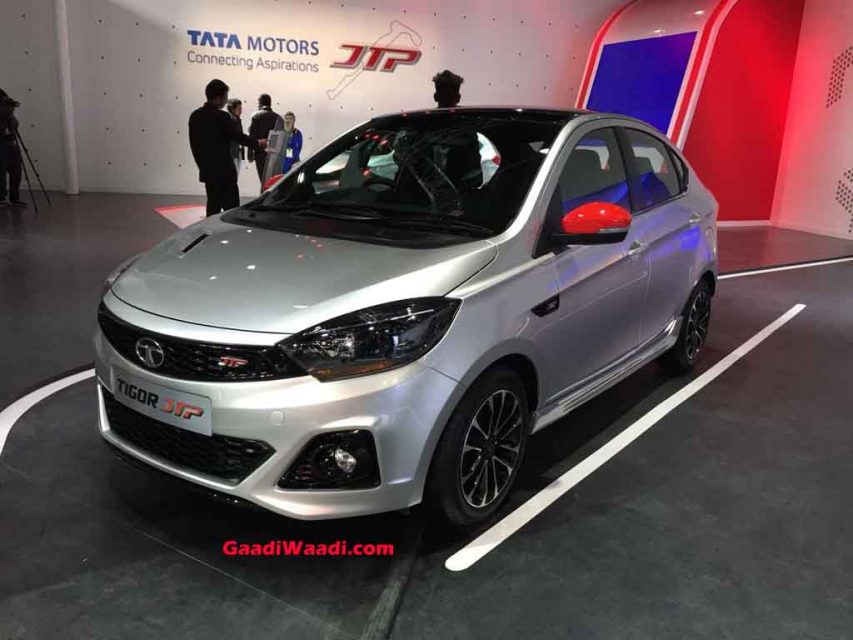 On the powertrain front, Tata Tigor Sport gets the same engine as regular model but slightly retuned. The 1.2-litre petrol engine that capable of kicking out 84 bhp of peak power at 6,000 rpm and 114 Nm of peak torque at 3,500 rpm has been given a turbocharger to boost its performance to 110 hp and 150 Nm.

It is the same unit found in the Tiago JTP along with modifications to the intake and exhaust. On the fuel efficiency front, the petrol engine may return close to 20 kmpl of mileage. It will also use the same five-speed transmission but with revised gear ratio and comes with City and Sport drive modes instead of the regular Eco and City modes.

Dimensionally, Tata Tigor JTP measures 3,992 mm in length, 1,677 mm in width, 1,502 mm in height (35 mm shorter than regular Tigor) and it has a wheelbase of 2,450 mm. The suspension has been recalibrated and ride height lowered slightly to aid sporty handling characteristics. It has 161 mm ground clearance as against 170 mm of standard Tigor. 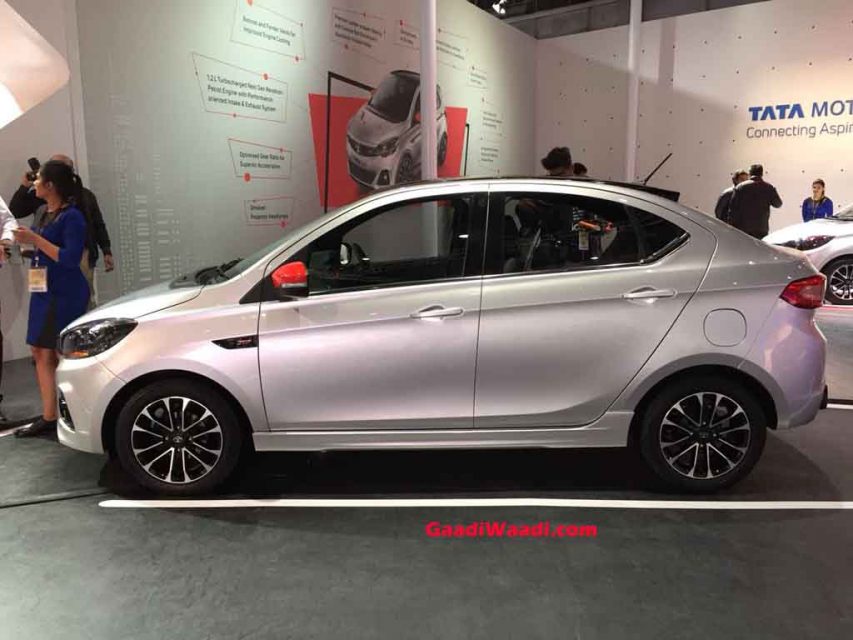 Tata Tigor JTP comes with a design that grabs everyone’s attention at the very first glimpse. It gets a sporty track focused look with the body kit and colour theme. While the basic silhouette remains same as the standard model, the sporty sedan comes with a blackened front grille. Headlamps too get revised smoked out look and there is front body kit with splitter to adding zing.

At side profile, Tata Tigor Sport gets sporty alloy wheels and at the back, the car gets compact tail lights as the standard model. A spoiler is there and the rear bumper too has been modified slightly. There is a JTP badge at the grille and the ORVMs are painted in red colour. 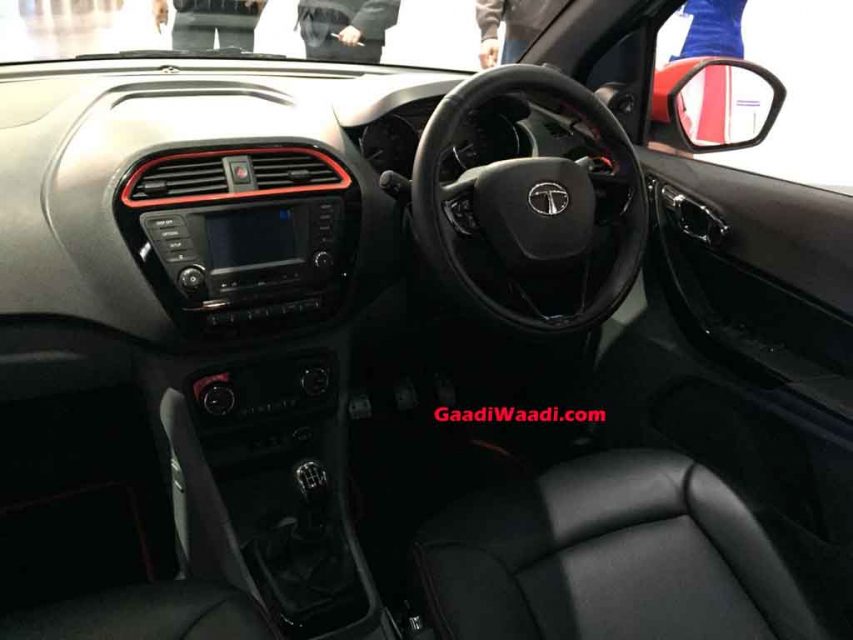