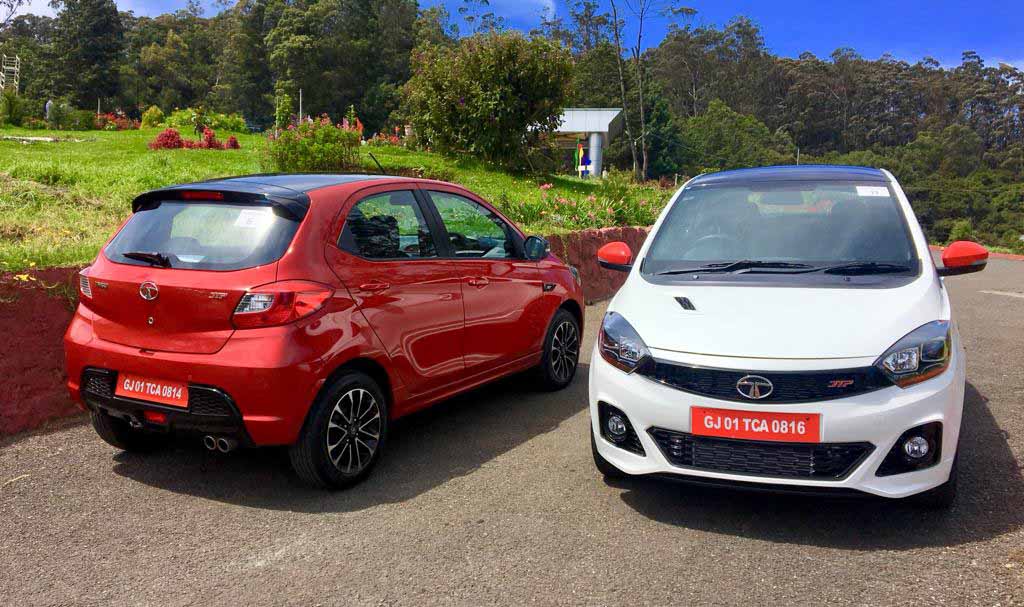 Amidst much excitement, Tata Motors unveiled the official specifications and pictures of the Tiago JTP and Tigor JTP yesterday and it has now announced the pricing of both the souped up models. The Tiago JTP and Tigor JTP are priced at Rs. 6.39 lakh and Rs. 7.49 lakh respectively (ex-showroom, New Delhi) and as expected Tata has nailed the price game this time around as well.

The Tiago JTP becomes the most affordable hot hatch in the country, so is the Tigor JTP in the sedan space. Bookings have commenced across dealerships for an initial token of Rs. 11,000 in India. The Mumbai-based carmaker does not want the JTP (Jayem Tata Performance) to remain as another special edition and instead wants to expand the performance wing and showcased its true potential in the hot versions of Tiago and Tigor.

The stellar pricing meant it is hard to find any other vehicle in the same league to offer as good a performance and handling. The technical specifications talk a lot more about the JTP versions and truly impressive even on paper. We expect the JTP duo to be a success and make way for more performance-based versions from other manufacturers sooner rather than later in affordable price range.

Let us give you a low down of what the sporty models have on offer here! Being a hatchback with obvious weight difference compared to the sedan, the Tiago JTP is claimed to achieve zero to 100 kmph in just 9.95 seconds while the Tigor JTP does it in 10.38 seconds – both significantly quicker than their respective standard versions by at least four seconds. 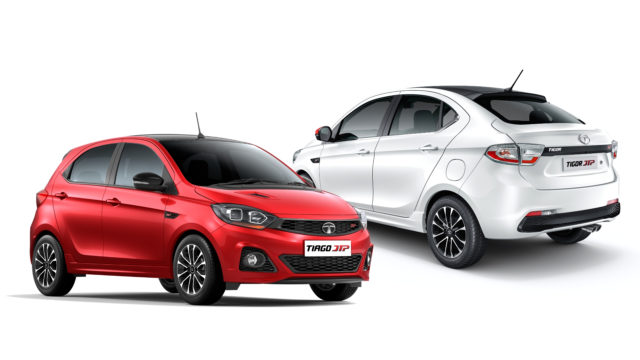 Tata and Coimbatore-based Jayem Automotives formed JT Special Vehicles (JTSV) to develop performance versions of regular models within Tata’s portfolio. The results have come into fruition in the form of Tiago JTP and Tigor JTP as Tata vows to make the most out of the partnership with more projects in store in the coming years.

The leap in performance is ensured by the powertrain and mechanical upgrades as the Tiago JTP and Tigor JTP get a number of technical modifications. The regular 1.2-litre Revotron three-cylinder petrol engine making 84 PS and 114 Nm is turbocharged to pump out 114 PS at 5,000 rpm and 150 Nm of peak torque delivered at 2,000-4,000 rpm. 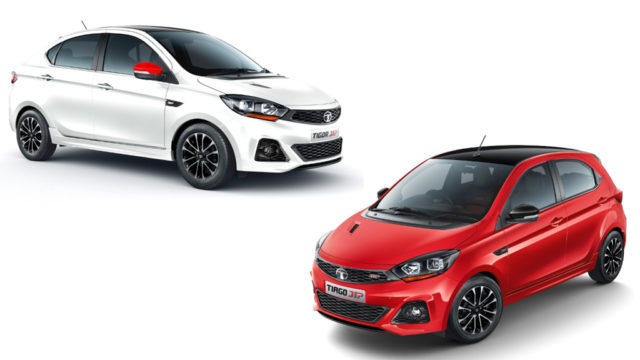 The powertrain is mated to a five-speed manual transmission only in the JTP. Tata engineers have included performance based air intake, tuned fuel map setting, valve timing and exhaust as well while Sport and City driving modes showcase the versatility of the hot models. Tata is wary that improving power and torque outputs just do not enhance the overall handling and feel of the vehicles.

Therefore, the suspension setup is calibrated for sporty driving dynamics and the electric power assist steering is tuned for improved control as well as good responsiveness while taking corners. The tyres on the JTP versions are also wider at 185/65 R15 while the ground clearance drops down by 4 mm (to 166 mm) and kerb weight reduced by notable amount for bettered maneuverability and improved handling. The exterior does come with a number of bolder updates as well. 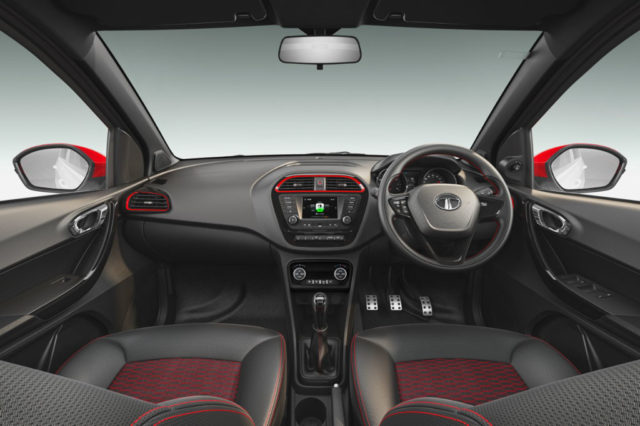 The blackened roof and rear spoiler add to the visual improvements and the JTP badge can be seen on the dark themed front grille, side vents and at the rear as well. As for the cabin, the Tiago JTP and Tigor JTP are equipped with sporty black theme, leather-wrapped steering wheel having contrast red stitching, red accents on AC vents, seat fabric with red hexagonal motif, red double stitching on seats and gear-shift gaiter, JTP branding on seats, aluminium pedal extensions, etc. 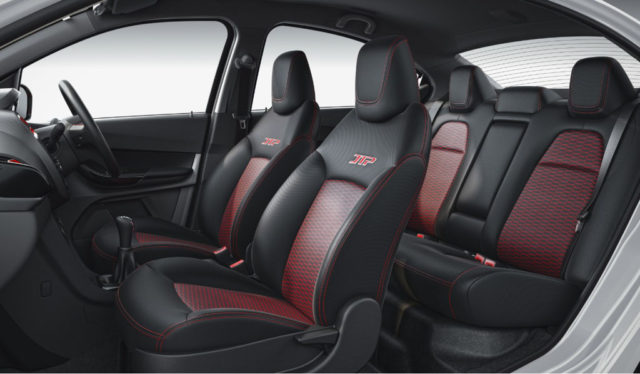 These are fourth and fifth launches in as little as 51 days for Tata and the company says they are developed taking inputs from ace racers like the former F1 driver Narain Karthikeyan.