Here, we have a tale of an Audi R8, which braved through some extremely broken roads, journeying from Bangalore to Coorg

Owning a supercar is a dream for many, although such dreams are extremely hard to fulfil in India. The exorbitant taxes keep these spectacular machines out of the reach of a majority of enthusiasts. However, there are plenty of lucky souls who own their dream supercars, and often take them out for a quick spin.

Due to the poor road conditions of India, sportscars and supercars only have a limited room to play on the streets, and only a few owners take their prized possessions on the highways. Some who dare such a feat, often find themselves in rather complicated situations. Here, we have a video by a YouTube channel called Catch A Mile, wherein we see an Audi R8 navigate through some extremely broken roads.

In the video, we learn that the owner of the R8 was on a road trip from Bangalore to Coorg with some friends. During the majority of the trip, the roads were quite nice, but on some sections, there were extremely broken or sludge-filled patches, which posed a lot of trouble for the Audi. Thankfully, the R8 is one of the most practical supercars out there, and its 160mm ground clearance and AWD prevented it from getting stranded anywhere.

Coorg is a very popular tourist destination in Karnataka, famous for its lovely hills and coffee plantations. It is also an extremely popular rally stage in India, hosting multiple dirt track events every year. During the monsoon season, the roads get damaged due to heavy rainfall, which is extremely common in India.

In the video, even when the roads weren’t bad, they were quite narrow in a few sections. There were a few times when cars approached from the opposite direction, and due to its wide dimensions, the Audi had a little trouble. That said, the trip wasn’t a pain to undertake, which is an impressive feat for the R8 coupe. 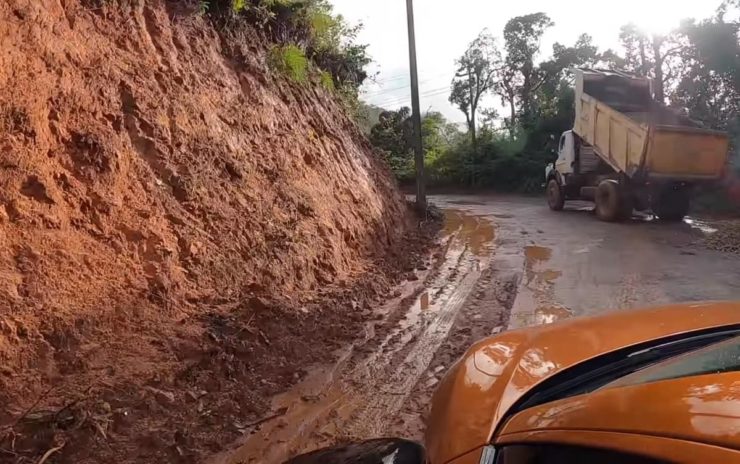 This particular Audi R8 is a 2013 model, powered by a 5.2-litre V10 engine. This powerplant can generate a maximum power of 520 PS and a peak torque of 530 Nm. It came paired to a 7-speed dual-clutch transmission, with Quattro all-wheel-drive system available as standard.