Honda Amaze has managed a cumulative sales figure of over 4 lakh units, since its launch back in 2013 in India

Honda Cars India Limited (HCIL) has recently announced that the Amaze subcompact sedan has crossed a new sales milestone – 4 lakh cumulative sales. The company has also stated that out of all the customers who bought the Amaze, 42 per cent were first-time car buyers.

Honda has also shared that the Amaze has enjoyed almost equal popularity in metro and non-metro cities. Tier 1 cities accounted for 44 per cent of the overall sales, while tier 2 and tier 3 cities contributed 56 per cent to the total sales figure. The popularity of automatics is also on the rise, with the current-gen Amaze CVT roping in 20 per cent of the sales, as opposed to 9 per cent on the first-gen model.

Honda Amaze was first launched in the Indian market back in 2013, and received a generation change in 2018. The first-generation managed to retail about 2.6 lakh units, while the second-gen model has sold around 1.4 lakh units till date. During FY2019-20 alone, Honda reported a sale of 57,541 units for the Amaze, although this year’s sales haven’t been as strong, owing to the pandemic.

As a response to the drop in offline sales during the lockdown, Honda had launched its proprietary online booking platform earlier this year, called “Honda From Home”. The service allowed customers to book their Honda car from the safety of their homes. It also included the delivery of vehicles to the customers’ homes, thereby adding further convenience to the car buying process.

Mr. Rajesh Goel, Senior VP & Director, Marketing & Sales, Honda Cars India Ltd., made the following comment- “Honda Amaze has been an extremely successful model for HCIL and is a key pillar of our business. The 4 lakh cumulative milestone for Amaze has been possible because of the love of our customers and support of our dealer partners which has helped Amaze to become a popular brand across markets.” 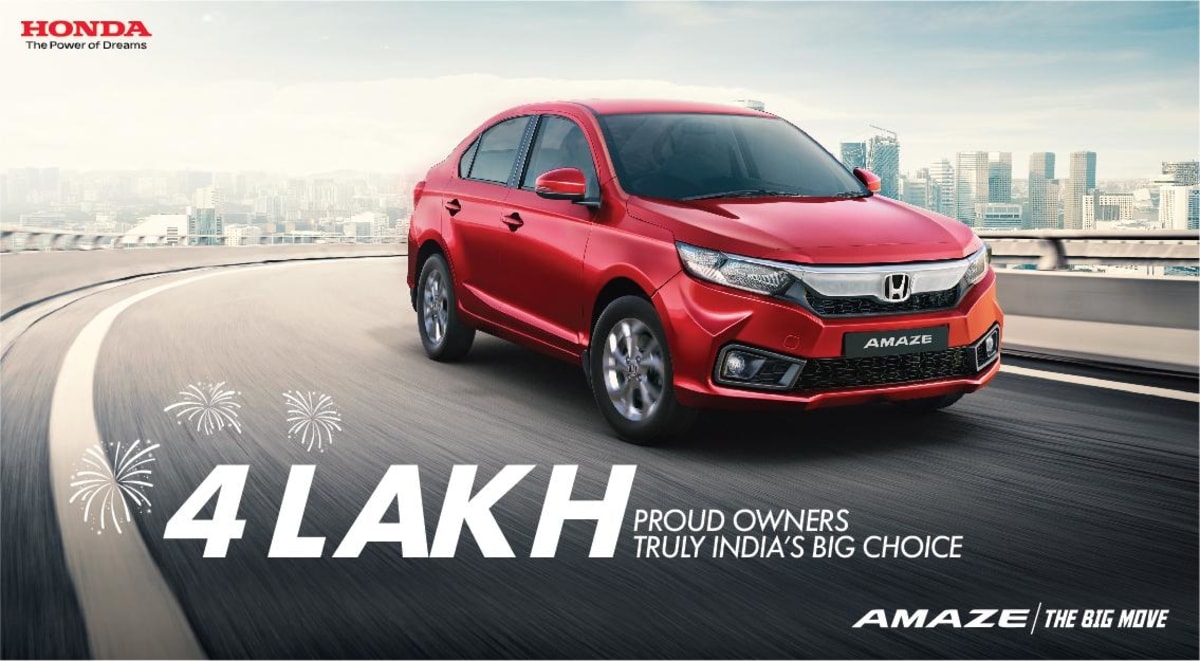