Maruti Suzuki originally launched the Wagon R in India in December of 1999. The car instantly became a household favourite, thanks to its tall boy design which provided unmatched cabin space at its price point. The current-gen Wagon R, which was launched in January this year, continues to live up to its name and is one of the highest-selling hatchbacks in India.

Maruti Suzuki has sold over 24 lakh units of the Wagon R; which has received three different generations over the course of 20 years. On the occasion, Mr Shashank Srivastava, Executive Director of Marketing and Sales, Maruti Suzuki India Ltd, said, “We are delighted as we celebrate the incredible and successful journey of two decades of Wagon R. Wagon R has kept pace with the changing times, in line with the needs and aspirations of customers.”

Maruti Suzuki also claims that 25% Wagon R buyers are returning customers, which is more than the brand has witnessed for any other model. According to Mr Srivastava, the current-gen Wagon R crossed a sales milestone of 1 lakh units in just 7 months since its launch. 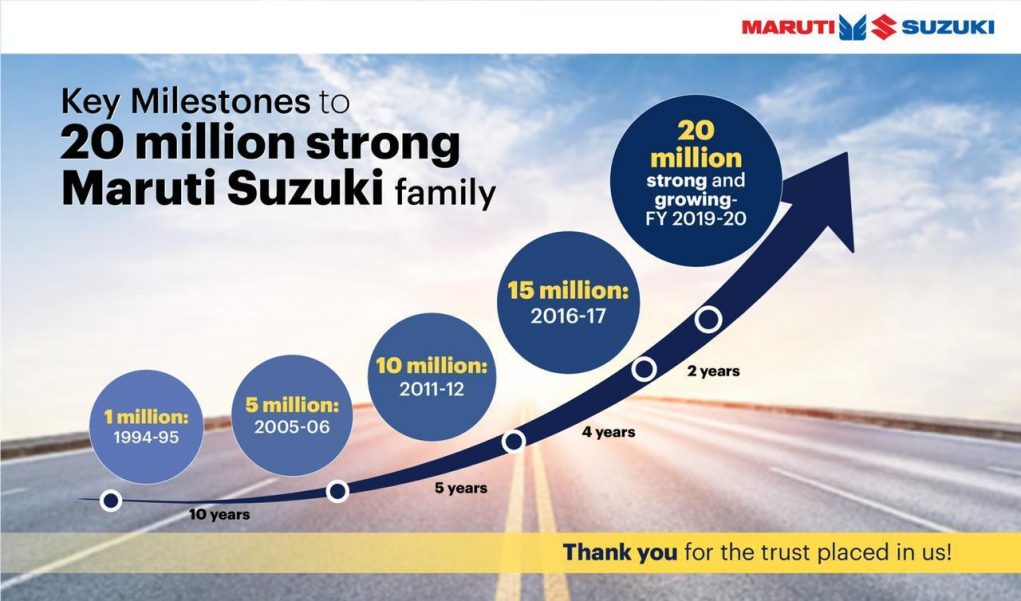 Both the powertrains come with a 5-speed manual transmission, along with an optional AGS. Maruti Suzuki also updated the Wagon R’s engines to comply with the BS6 emission norms in June this year, way before the April 2020 deadline. The entry-segment hatch also complies with the AIS 145 safety standards. 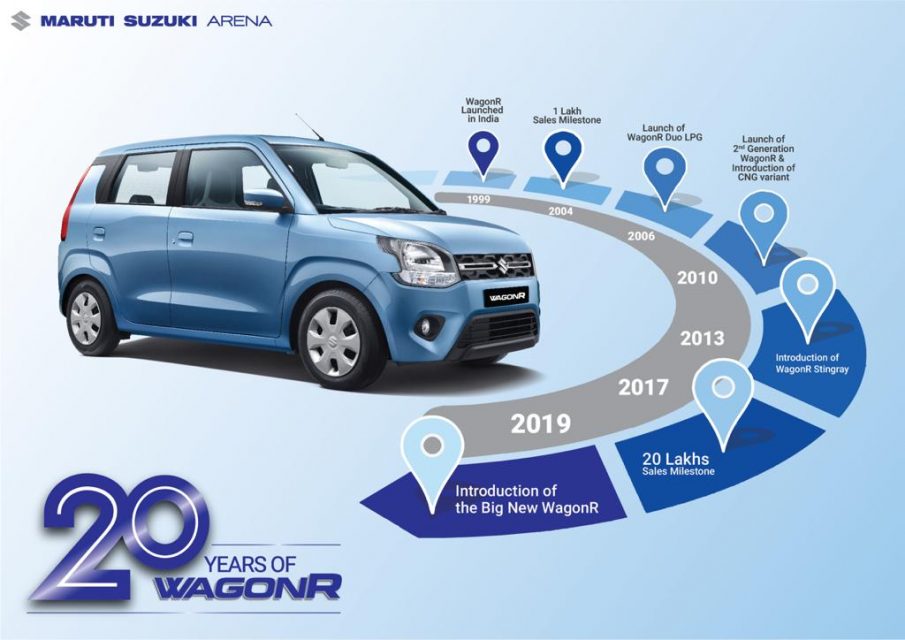