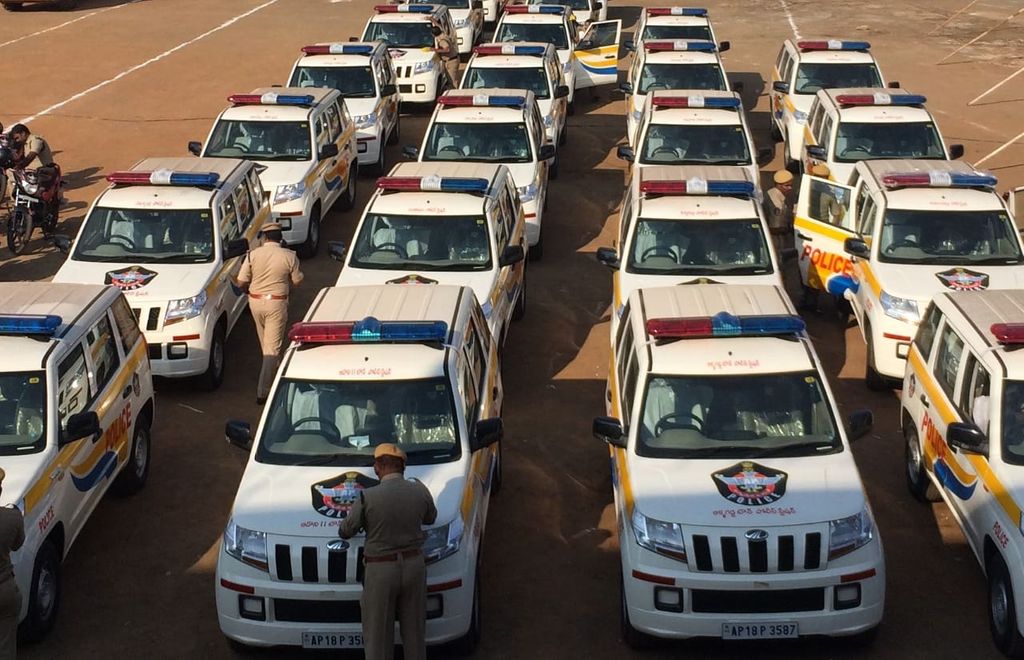 Mahindra TUV300 is the latest vehicle to join the expanding fleet of Andhra Pradesh Police. Sri Nara Chandrababu Naidu, Honorable Chief Minister, Government of Andhra Pradesh flagged off the TUV 300 from IGM Stadium, Vijayawada. The government has added 242 TUV 300’s to the fleet and these vehicles will be used for patrolling.

In June 2018, Maharashtra police added 195 TUV300 to its fleet and other states like Kerala, Rajasthan, Arunachal Pradesh and others have already taken delivery of TUV 300. Most of the vehicles on the current Police fleet has been aged and the government is planning to introduce modern cars.

Mahindra hasn’t given details about the variant, which they supplied but it could be the entry-level T4 variant as it will keep cost down. The base variant comes with features like power steering, tiltable steering wheel, air-conditioners with heater, power windows and more. 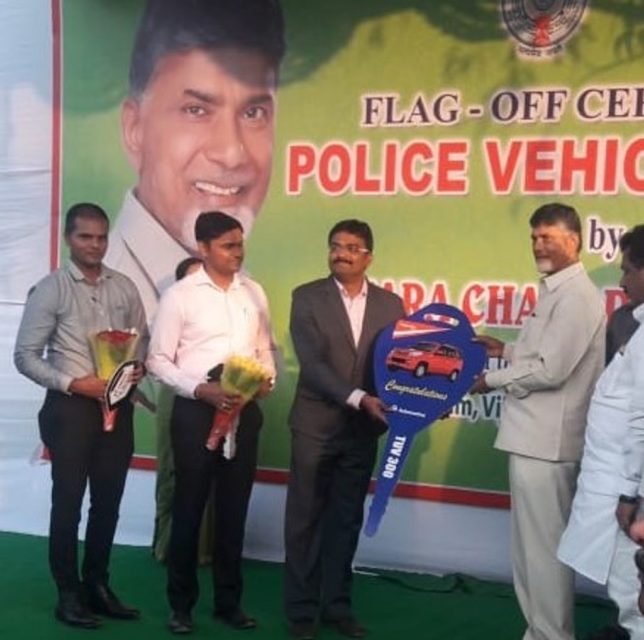 Mahindra TUV 300 is powered by BSIV mHawk100 diesel engine with 2-stage turbocharged producing 100 bhp of power at 3,750 rpm and 240 Nm of torque between 1,600-2,800 rpm. This engine is mated to 5-speed manual gearbox and the compact SUV is also offered with 5-speed AMT gearbox, which is not offered on the T4+ variant.