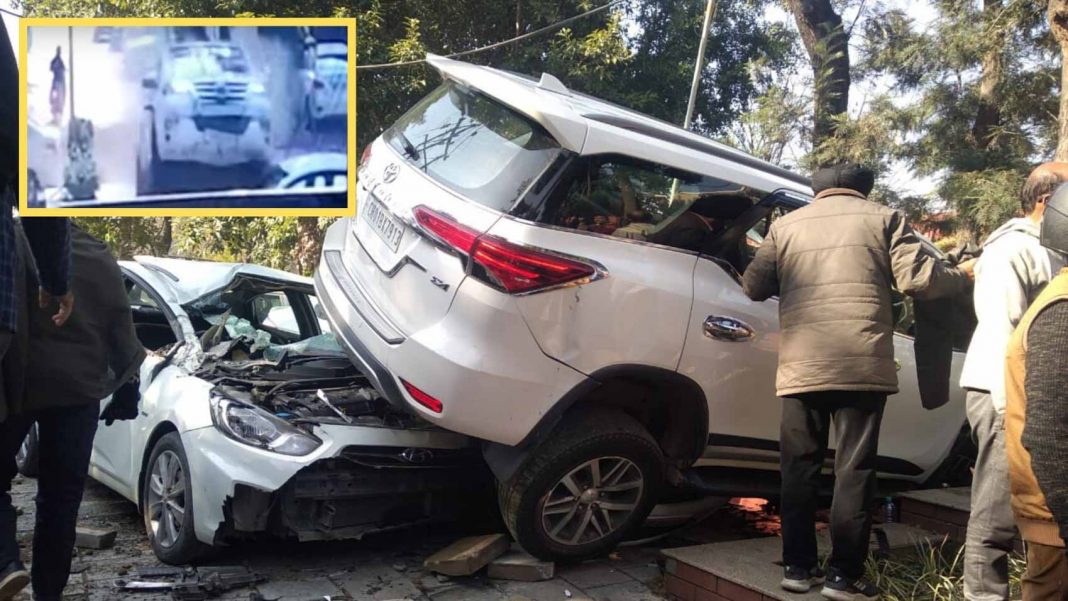 CCTV footage of a road mishap in Chandigarh shows how a Toyota Fortuner ends up landing over Honda City and Hyundai Verna, Thankfully No Casualties Were Reported

It’s not uncommon to see CCTV footage of some really horrifying crashes from various parts of the country. One such video tape that recently surfaced online shows how an out-of-control Toyota Fortuner causes colossal damage to two other vehicles at a road junction in Chandigarh.

In the initial seconds, the CCTV footage shows the fast-moving Toyota Fortuner approaching a T-point. It’s clear that the SUV was moving a bit too fast for its own good as the it fails to slow down on time and ends up taking a small flight to land on a Honda City and a Hyundai Verna that were parked along the road.

The small flight of few seconds that the Toyota Fortuner took was courtesy of an impact with another car. The Honda City and Hyundai Verna which had to bear the brunt of the crash were parked at designated parking spots near the road. The fact that a heavy SUV like the Fortuner ended up being air-borne just by a small impact from another vehicle goes on to show the momentum it carried.

As per various reports, the Toyota Fortuner was being driven by a 23-year-old man who suffered from some injuries. It’s worth mentioning here that the driver was already suffering from some health issues. However, it’s yet to be ascertained if he lost control of the vehicle due to these health issues.

Luckily, the Hyundai Verna and Honda City that suffered from huge damage from the Toyota Fortuner were unoccupied at the time of the mishap. Between the two sedans, it’s the Verna that suffered the maximum damage. 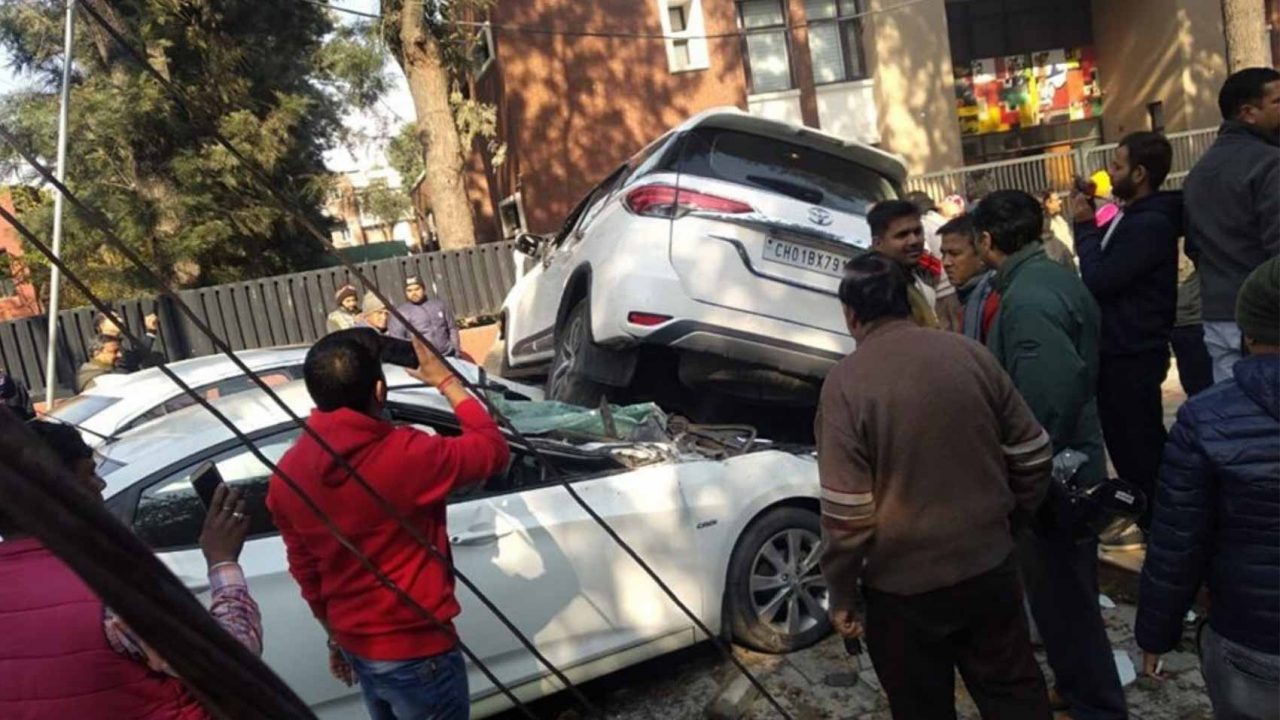 Fortunately, the moving sedan which collided with the Fortuner didn’t suffer major damage. The same cannot be said to the Verna which seems to have suffered the most damage. Luckily, neither the Verna nor the City was occupied. Also, passers-by were quick to react and pulled the driver of the SUV out of the mangled remains of his vehicle.