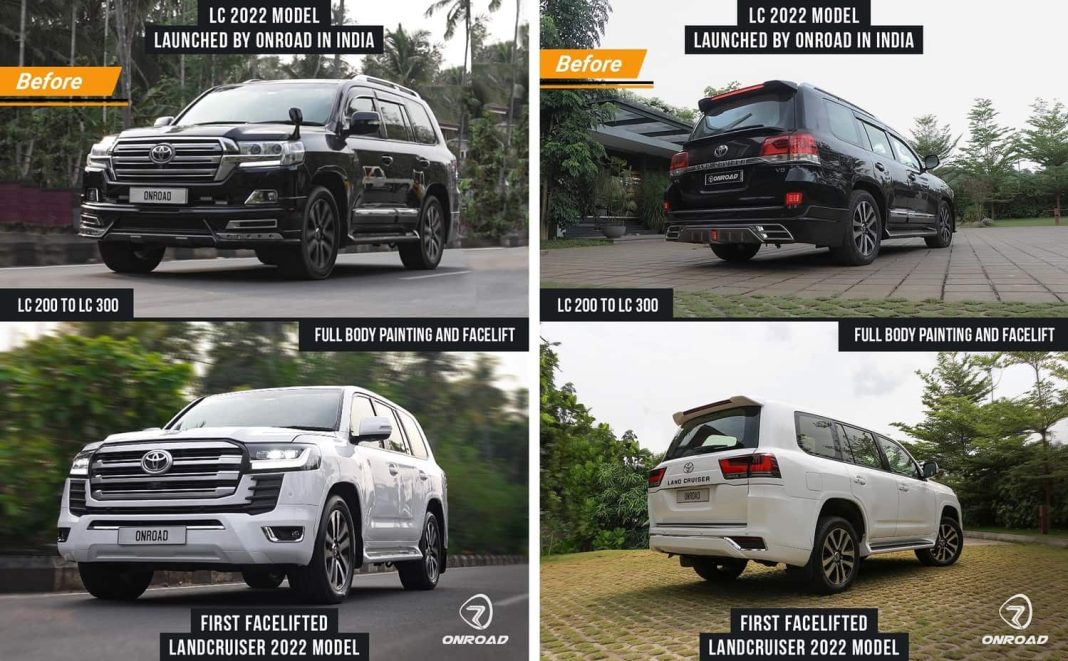 Kerala-based Onroad Bodyshop has converted an old-generation Toyota Land Cruiser into a new-gen model, and the result looks absolutely brilliant

The latest-generation Toyota Land Cruiser (J300 series) was first introduced last year, and it is extremely popular in the few intentional markets where it is currently sold. It is slated to launch in India in the coming months, but only a limited number will be sold here, and reports state that all units have already been booked for this year.

Due to the limited availability in India, only a few lucky people would be able to own the new-generation Toyota Land Cruiser. However, if you weren’t able to book one but really want one regardless, there is a way! Kerala-based Onroad Bodyshop recently customised an old-gen Land Cruiser (J200) into the new-gen model!

This particular model used to be a 2013 Land Cruiser, and was previously updated to look like a 2018 model. The modifications on it include a pre-fabricated customisation kit, which includes a new hood, bumpers (front and rear), LED headlamps, front grille, fog lamps, taillights, and tailgate. Many body panels have been altered masterfully to look like the new model. At the owner’s request, the all-black SUV now sports an all-white body paint.

The modifications are limited to the exterior only, while the interior remains stock. The alloy wheels also have not been changed, although they look good nonetheless. Overall, this is a great mod job, and if you have an old Land Cruiser lying around and are looking for some excitement, you can also try this out. That said, we’re not sure about the legality of such customisations.

Let’s talk about the new-generation Toyota Land Cruiser; it sports significant changes over the previous-gen version, not just in design, but in terms of tech and architecture. It is based on the GA-F platform, which is lighter yet more rigid than the older platform. Thanks to clever suspension and electronic aids, the new-gen model has better on-road handling and off-road capabilities. 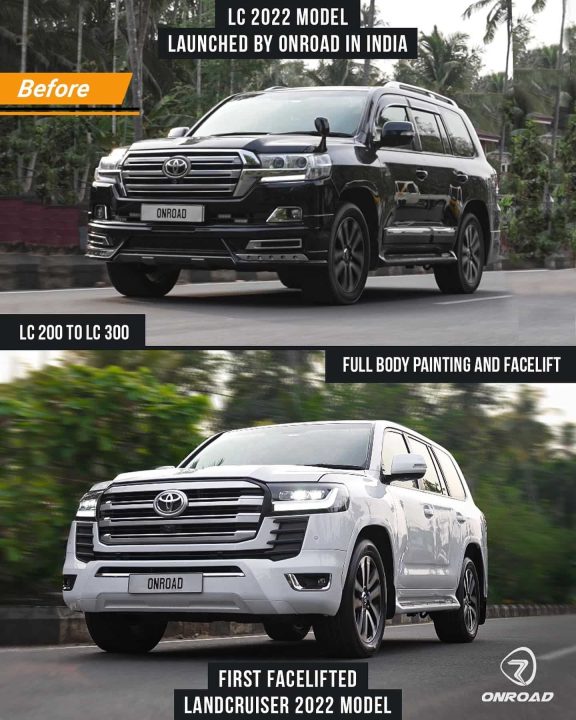 There are two engine options available on the new-gen Land Cruiser – a 3.5L V6 turbo-petrol unit (415 PS/650 Nm) and a 3.3L V6 turbo-diesel unit (309 PS/700 Nm). Both powerplants come paired with a 10-speed automatic transmission, connected to a four-wheel-drive system. Although the new-gen model’s engines have been downsized, they are more powerful than the ones on the older model.