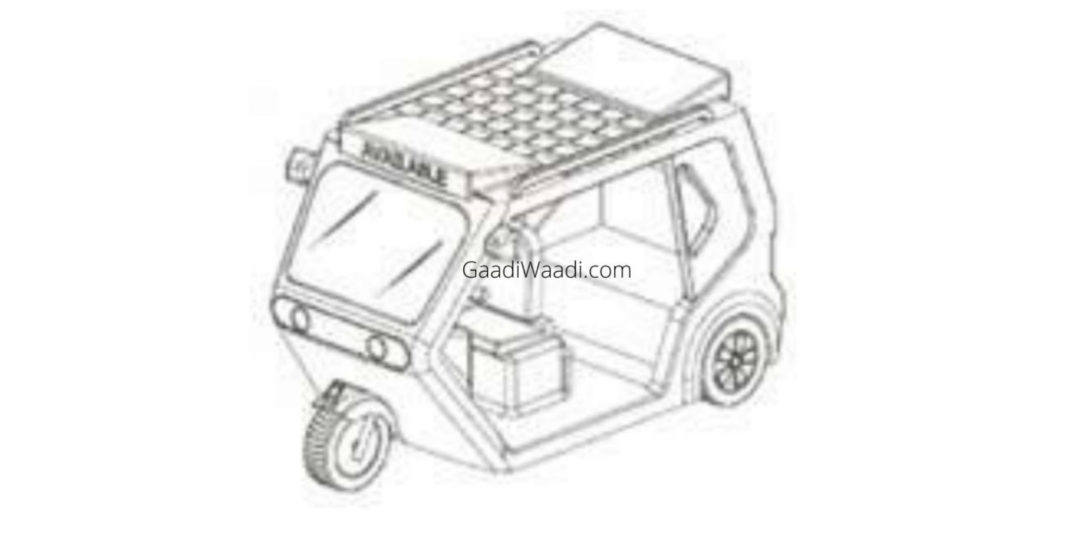 Electric mobility solutions will appeal to a wide set of audience as the years progress. Currently, India is one of the largest consumer of electric three-wheelers while the penetration of EVs in the passenger car space is far too lesser in comparison. While we have seen some promising start ups, the two-wheeler industry does not yet have a breakthrough product adhering to the masses.

Firstly, the automotive industry expects a big shakeup in the ride hailing segment as far as zero-emission vehicles are concerned and naturally the big boys will do whatever they can to have an advantage over others. Ola, in particular, has long been reported to be betting big on two- and three-wheelers for its electrification push and the strategy could bear fruit in the not-so-distant future.

Here we have shown you the patent image of its electric three-wheeler which could have proportions similar to the Mahindra Treo, which has been well received in India. Up front, the raked windshield with wipers, a pair of circular headlamps, and a flat rooftop that could accommodate solar panels, roof rails, rear bench for three occupants, and a possibly spacious area for the driver. 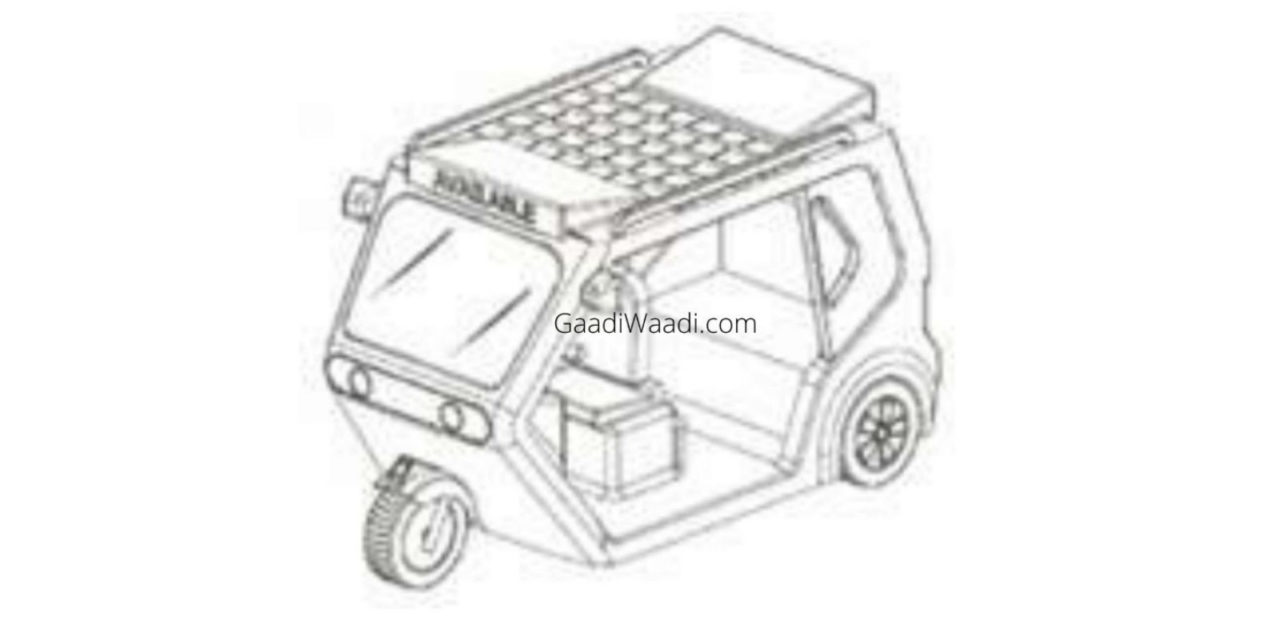 We can expect the Ola electric three-wheeler/e-Rickshaw to be launched in India sometime next year, primarily for the cab sector and ride hailing services in general. Ola currently offers taxi services on two-wheelers, share, micro, mini, prime sedan, prime play, premium SUV, Lux, and e-rick. It will be interesting to see the commercial availability of Ola’s electric three-wheeler.

It could get maintenance-free lithium-ion battery pack and the claimed range will determine its success in the long term. Moreover, the customers will look for hassle free ownership and lower cost of maintenance as well along with creature comforts.

Reports emerged on the internet last year indicated that the brand would deploy 10,000 electric two- and three-wheelers and that the mass adoption of zero-emission four-wheelers with electric propulsion for ride hailing would take more time. It is no secret that the electric three-wheelers or e-Rickshaws occupy the largest population of EVs by natural adoption.