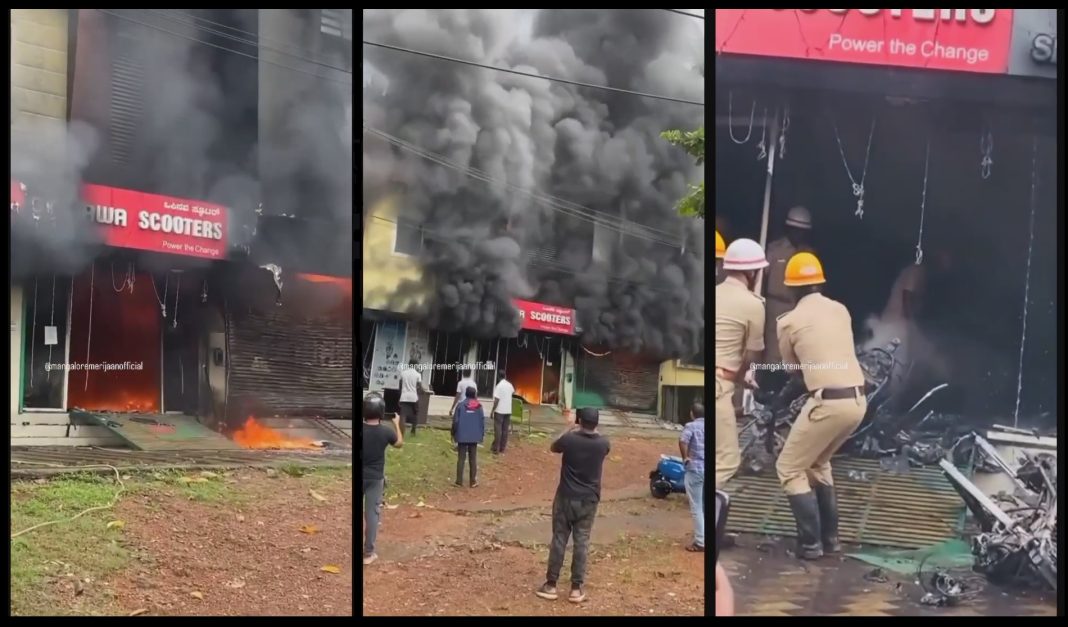 In a recent incident in Mangaluru, an Okinawa dealership caught fire, with initial reports blaming an electrical short circuit for the mishap

A major fire incident has been reported from Naguri, Mangaluru on Friday, May 24 – an electric scooter showroom had burned down due to a suspected short circuit. The mishap took place at Smart City Motors, which is an Okinawa scooter dealership. As per a report by Udayavani, the owner, Hamid, lived in the house above the showroom.

It is being reported that Hamid’s wife had noticed smoke from the showroom at around 7 AM that morning. Their son also stated that the main MCBs had been tripping since morning, which they had initially believed to be a power disruption due to the rainy season. Fire service personnel rushed to the scene to extinguish the flames, and no casualties have been reported in this incident.

In this particular case, the initial media reports state that the fire doesn’t seem to have originated from the EVs. However, further investigation would be needed to uncover the actual cause of the fire. It should be noted that another Okinawa dealership in Chennai had caught fire in April this year.

It should be noted that several electric vehicles across India have been catching fire unprompted, which has resulted in injuries and even death in a few cases. Brands like Pure EV, Boom Motors, Jitender EV, and Ola Electric have also made news due to mysterious spontaneous combustions of their electric scooters.

Recently, a Tata Nexon EV had also caught fire in Mumbai, which is currently under investigation. The video of the electric SUV in flames had gone viral on the internet. With the push for electric mobility in India, this is a major concern. It is hard to accept EVs into the mainstream if such accidents continue. 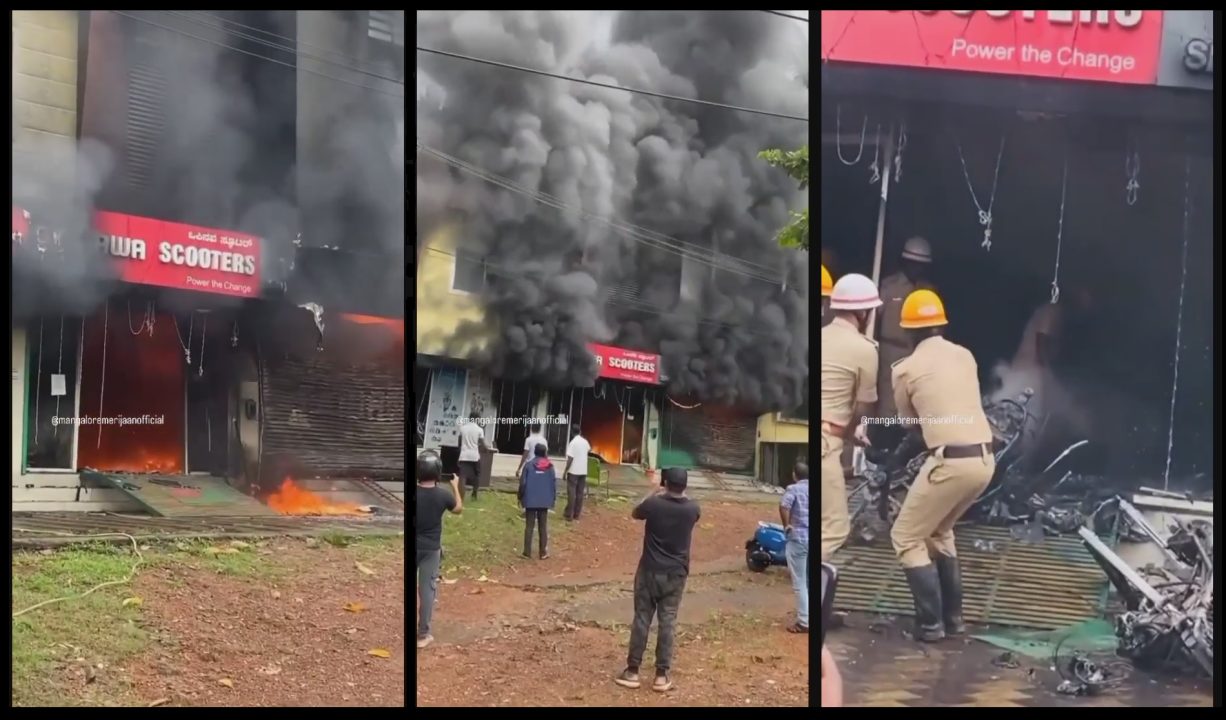 The government of India is also reportedly cracking down on EV fire incidents, ordering investigations into such mishaps. It should be noted that many other automakers, including established manufacturers and new EV startups, are planning to launch more electric vehicles as well in India in the near future.