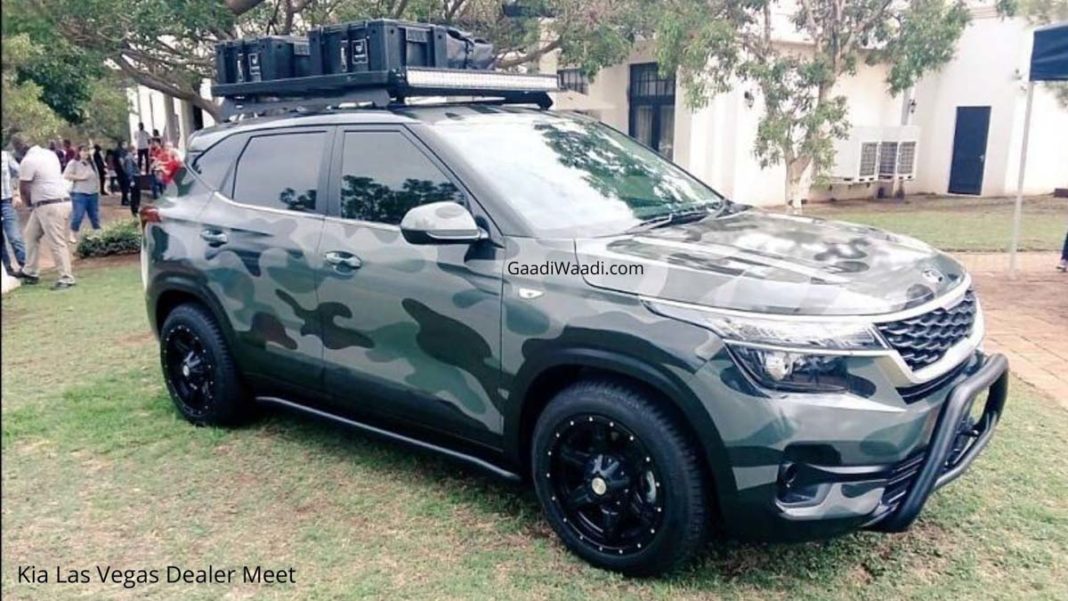 The five-seater SUV will go on sale in the United States soon and it was showcased in modified form in a private event recently. The off-road concepts do indicate the versatility of the Seltos. The first custom job has white colour scheme as base while the presence of orange inserts add to the flare.

It does not have any fancy equipment on board except for the auxiliary lights for better illumination through the dark. The orange accented fog lamp housing, wing mirrors, side skirts and roof are the major highlights alongside black finished wheel arches, bumper add-on and front grille. 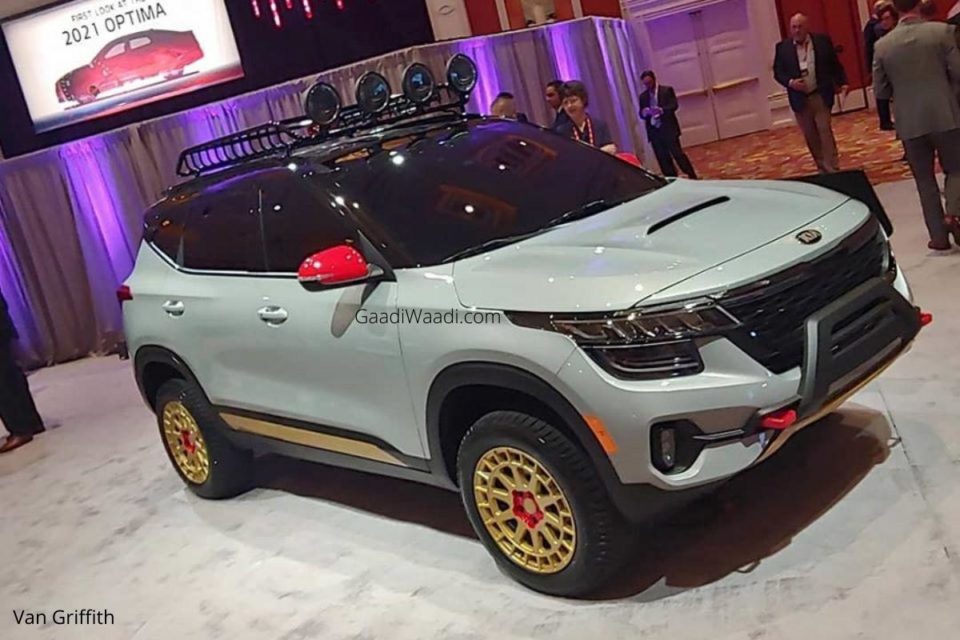 In the other modified Kia Seltos, the yellow painted wheels can be clearly seen with subtle orange touches. The wheel hub, toe hook in front bumper and Outside Rear View Mirrors (ORVMs) are done up in red colour. The pillars and roof are finished in black and on top of them is the black luggage carriage.

As opposed to the previous mod, this one has auxiliary lights mounted on the roof and has a hood scoop. The tyres do deserve a special mention, as they appear to be off-road ready. 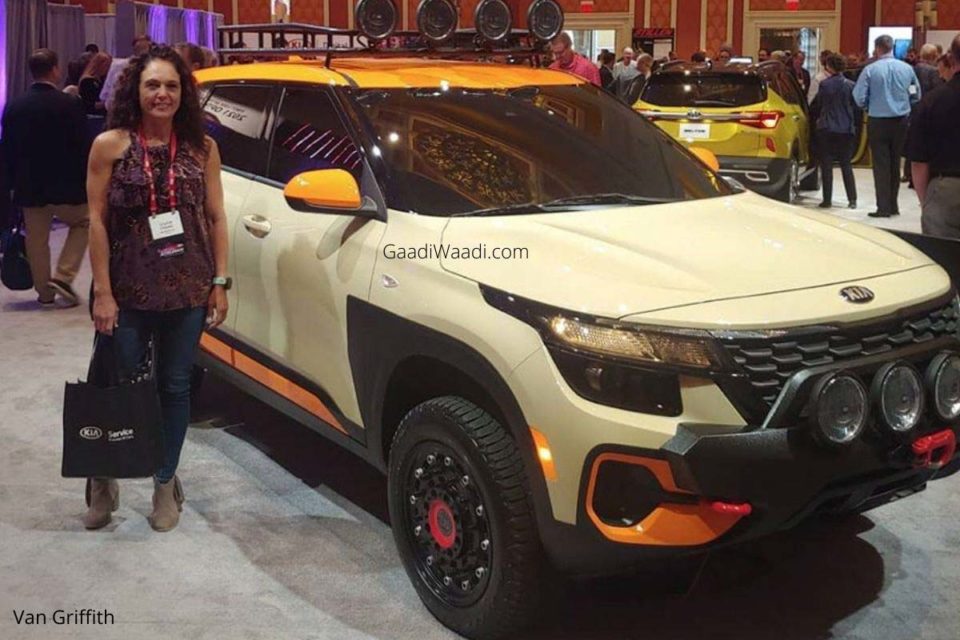 It is based on range-topping variant as evident from the LED headlamps, chrome-treated grille and LED Daytime Running Lights. While the third Seltos wrapped in Camouflage Vinyl with black wheels along with roof carrier.

All three customised Seltos appear to have raised ride height as well. They are said to be powered by a 1.4-litre turbocharged four-cylinder petrol engine used in the GT Line trim in India and it produces a maximum power output of 140 PS and 242 Nm of peak torque connected to a seven-speed DCT automatic transmission.