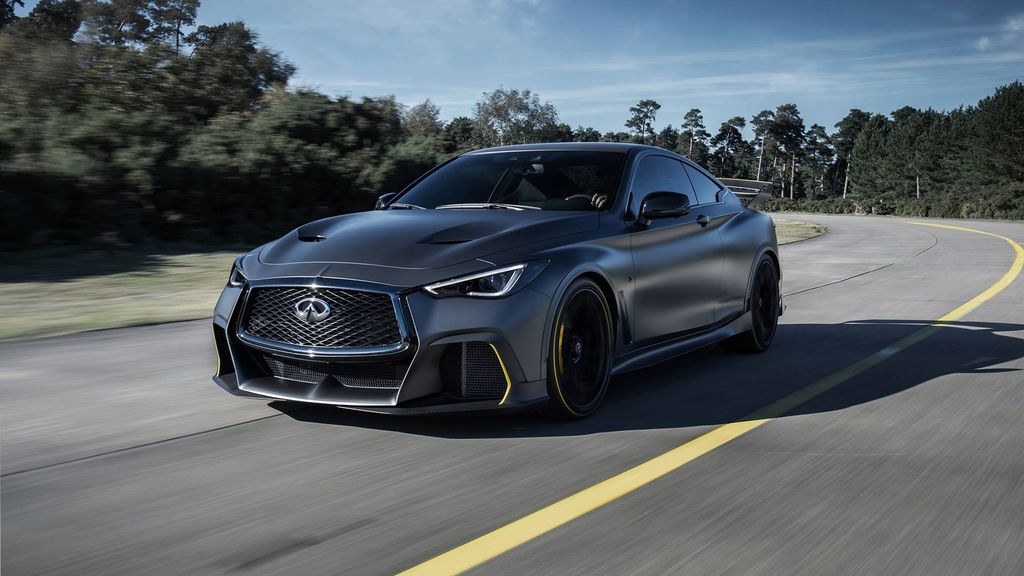 The concept which is displayed at the show is based on the Q60 Red Sport 400 sports coupe, however, it uses a “dual hybrid” system which can recharge the batteries while the car is braking or accelerating. This technology is derived from Formula 1 racing machines.

There are two motors units with the V6 engine which collects the heat generated from twin turbos. This heat is then used to fill the gap to reduce the turbo lag or generates around 120 kW of power for the drivetrain. If you do not want to get into the technical details then to simplify things the new combined hybrid powertrain generates 563 hp of peak power which is actually way more than what the Q60 produces right now.

Although Infinity hasn’t exactly revealed the performance of this car you can expect the Project Black S concept to accelerate from a standstill to 100 km/h mark in under 4 seconds which is much more than what a standard Hybrid unit delivers. The concept also gets drive-by-wire and brake-by-wire systems which promise quicker acceleration and gear shifts and more consistent, fade-resistant braking. 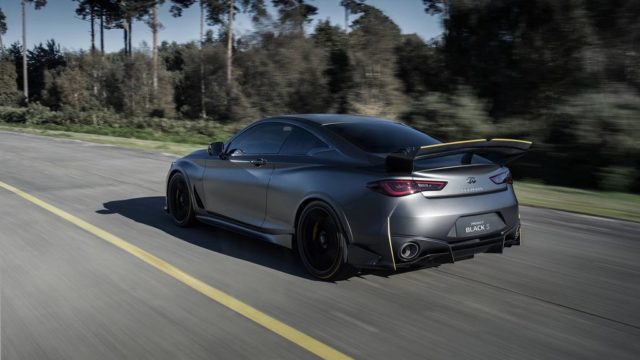 The best thing about this almost production ready concept is that this could actually be used in the real-world situation. There are two different modes which allow the car to be a beast on the track while the other road mode is meant for the streets. The Road mode when activated recovers less energy which results in improved efficiency of acceleration.

The Project Black S although is a working prototype but still is in its early developmental stages although it won’t be contributing much to the environment like other Hybrid cars the technology could possibly be a replacement for future track cars by consuming less fuel.