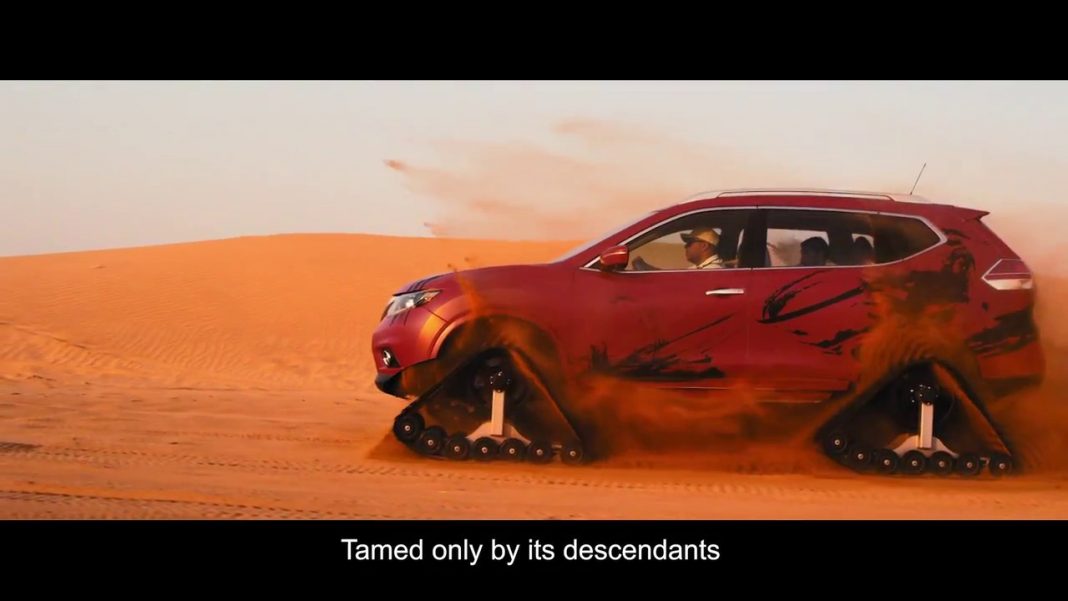 Nissan X-Trail Desert Warrior comes fitted with set of tracks instead of conventional wheels, making it a capable dune basher

It seems Japanese automaker Nissan is marketing its vehicles in Middle Eastern markets through desert adventure videos. Earlier in a TVC, the Nissan Navara was seen showing its power on beaches and in deserts. Now after the pickup truck, the brand took time to showcase the X-Trail’s capability. But the SUV has been displayed in a different manner, not in any conventional way.

A video created for the Jeddah International Exhibition and Convention Center in Saudi Arabia, the Nissan X-Trail reveals its capability of sand dune bashing. Equipped with set of tracks instead of conventional wheels, the car moves easily through the desert. The tracks ensure the vehicle doesn’t get stuck on sand.

Currently the SUV is on display at the Jeddah International Exhibition and Convention Center in Saudi Arabia. There is absolutely no reason to think that the company will manufacture this car in commercial purpose, as it is only a marketing tool for the brand’s Middle Eastern wing. But no matter what, it seems perfect for those who love to do some occasional sand dune bashing.

The differences between the conventional X-Trail and the Desert Warrior are seen through the tracks and the latter gets a special dirt wrap as well. Also, it comes with higher ground clearance than the regular model. The attractive body decals are also visible which certainly enhance the appeal further. 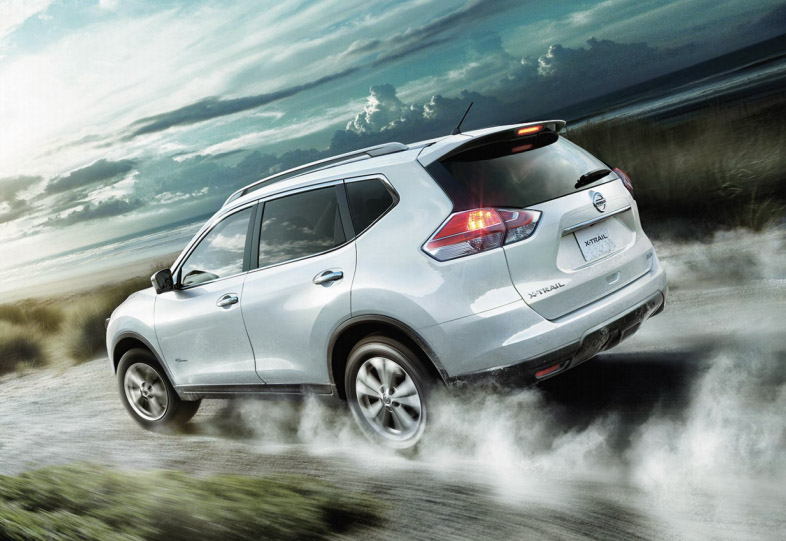 The Japanese car manufacturer is preparing to re-launch the X-Trail in Indian market, likely in April 2017. It was displayed at the 2016 New Delhi Auto Expo in February. It takes power from a 2.0-litre petrol engine combined with an electric motor. Upon its launch in the domestic market, this SUV is expected to be priced at around Rs. 35 lakh (ex-showroom, New Delhi).