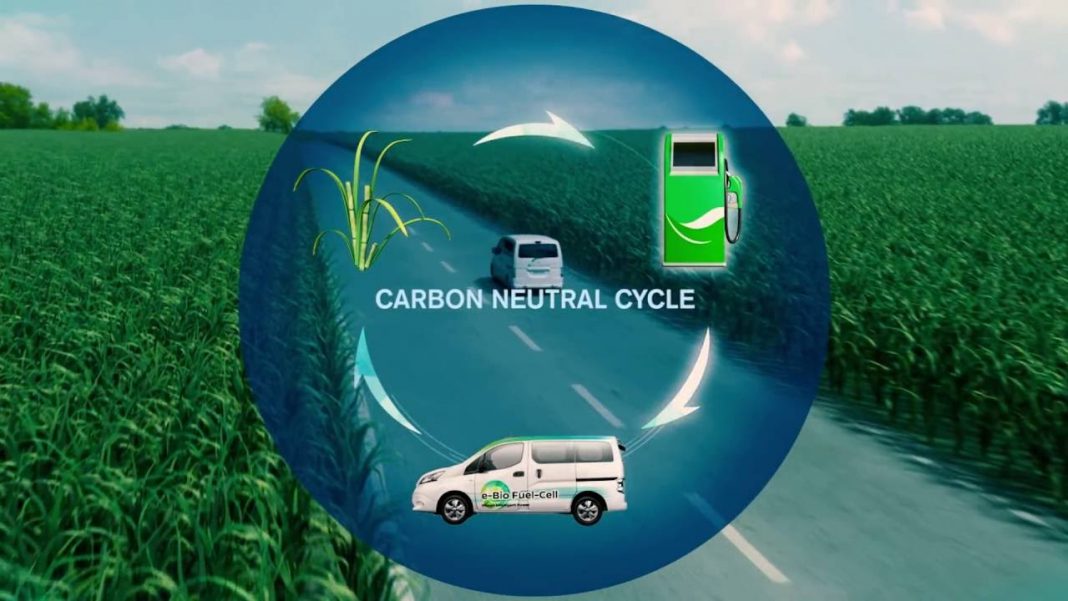 Nissan has unveiled world’s first solid oxide fuel cell vehicle. This vehicle comes in the guise of a light commercial van. The car gets power from a bio ethanol electric powertrain. Therefore it can run on multiple fuels like ethanol and fossil fuel as well. This is the part of the Japanese automaker’s futuristic and ambitious plan to launch emission free vehicles.

The can run on 100% ethanol, while there will be a 24 kWh battery also on work. Nissan claims, the car can run up to 600 kilometers with the help of ethanol and electric power. Also the car can run on e-Bio fuel cell powered by ethanol blended water. So far, the car is pretty much environment friendly.

The solid oxide fuel cell can churn out up to 5 kW of peak power. It generates power to the e-Bio fuel cell. Though the powertrain generates a little amount of CO2, but Nissan claims, it is the offset of the sugarcane and corns used in producing the fuel.

The bio ethanol fuel is basically made from corn or sugarcane. As both the sources for the bio ethanol fuel is available in plenty of quantity Nissan believes, it won’t be a problem for the car to run on this fuel. Nissan is testing the powertrain on the e-NV200, which comes with a 30 litre fuel tank capacity. Interestingly, this car can run pretty silent, just like the EVs. While the cruising range remains just like the usual fossil fuel powered cars.

Talking about the project Nissan CEO Mr. Carlos Ghosn believes, the e-Bio fuel cell will play a major role in the future mobility compare to the fossil fuel. He also explains, the ethanol blended water is much safer to handle and easier to make than the other conventional fuels.