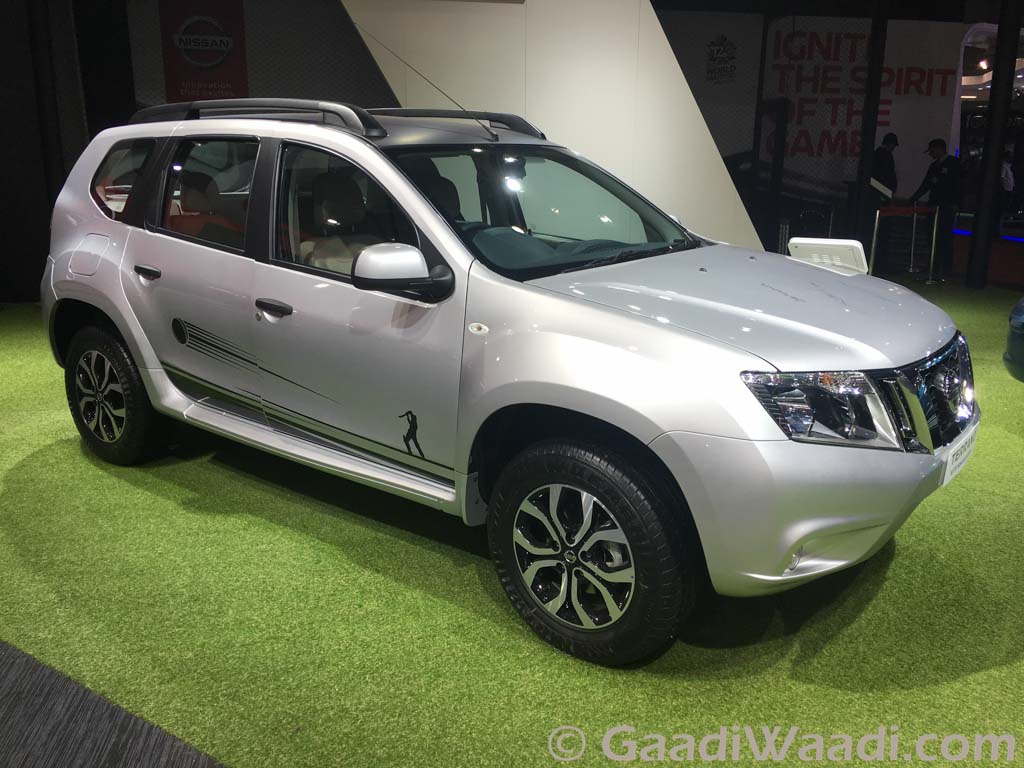 Nissan has always taken the bling way to promote its product. It started its journey in India in the same way too. The brand hired actor Ranbir Kapoor to promote their very popular model Micra. The next product was the sedan Sunny which was promoted in a very interactive way and was called as the CAAAAR by its customers and media alike.

Terrano saw couple of cricket and sports enthusiast promoting it. Nissan also has been using celebrities to showcase their cars such as Kangana ranaut, Sonakshi Sinha and many more. Nissan has exclusively partnered with radio channels to promote its car Micra and Sunny. Recently it went under a partnership deal with T20 guys for 7 years and would advertise its cars and brand through it when the matches came live on television. The brand continues to follow that streak. This time at the 2016 Auto Expo it has done it again. The brand has just launched T20 Cricket edition of the new Micra and Terrano. The cars have small details to stand out on them such as decals on the side, black roof and with the rear having badge of the T20 cricket edition on the left side of the boot. There was another special edition standing for the Terrano which was black in color and had fancy alloy wheels in red and white. The roof was also seen in the same multi color and the car did look something out of the box and very flashy too. These three cars along with the Nissan Sportech were seen with cosmetic upgrades on the outside and very limited on the inside. Nissan will be launching them soon and will upgrade its lineup before it starts bringing all new models of these current products.