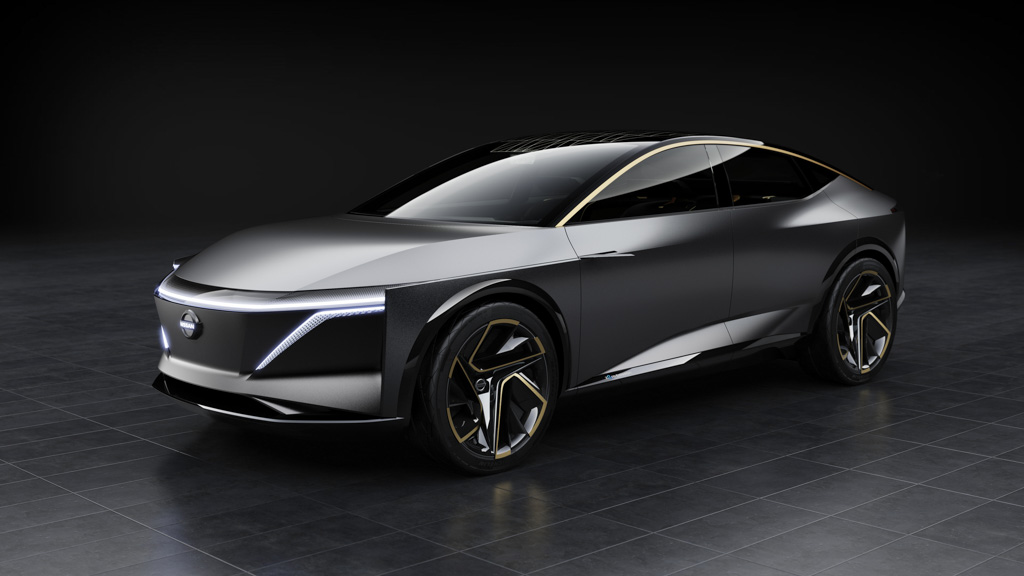 Nissan has conducted several experimental studies with the IM (Intelligent Mobility) concept line over the years for the betterment of the future. But what has come as a surprise at the ongoing 2019 Detroit Motor Show is another concept based on sedan body style.

While quite a few manufacturers are desperately trying to eliminate sedans from their lineup, other brands like Toyota, Honda and Nissan, in particular, see potential in them. If you wonder how the future of Nissan’s sedan range would look like, the IMs concept gives a clear idea.

It is rather a hybrid sedan by taking advantages of a high riding crossover with big 22-inch aluminium alloy wheels and the impactful design of a typical sedan. At the heart, however, an electric powertrain does the propelling duties. A set of dual electric motors is fitted at the front and rear axles. 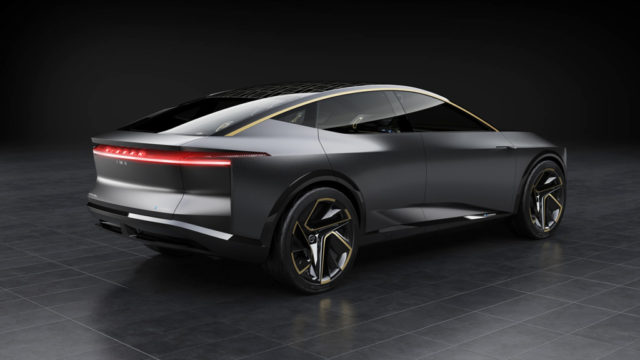 It is good enough to develop a maximum power output of 483 horsepower and 800 Nm of peak torque. The battery pack of 115 kWh capacity is claimed to have a range of 612 km on a single charge. Conceptualised as an “elevated sports sedan”, the Nissan IMs has adjustable air suspension for tackling uneven terrain conditions.

Driver will have to option to choose between either controlling the sedan on his own or engage it in fully autonomous mode. In the self-driving mode, the front seats turn around and face the rear if wanted and the “Premier” rear seating arrangement can be activated. 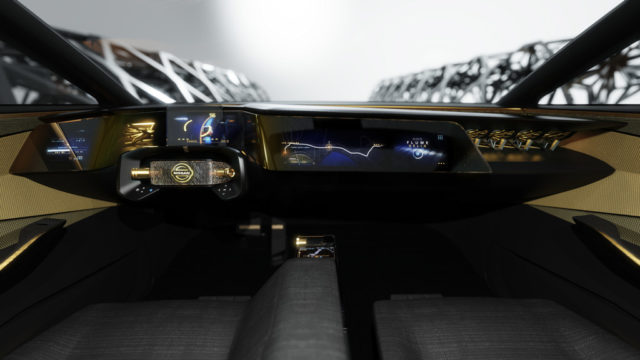 The pillarless suicide doors make way for what Nissan calls as timeless Japanese futurism due to the presence of top-notch craftsmanship. The raised and flat bottom platform enables a great degree of freedom into creating the interior with a “sense of almost levitating” as if riding on a “magic carpet.” Sure, Nissan’s imagination runs wild there in wording it out!

There is no longer traditional HVAC system and the advanced GUI for the driver relies on layered instrument cluster supporting omni-sensing “Invisible to Visible” package. It uses sensors and cloud information to show the outside stuff that the driver cannot see. 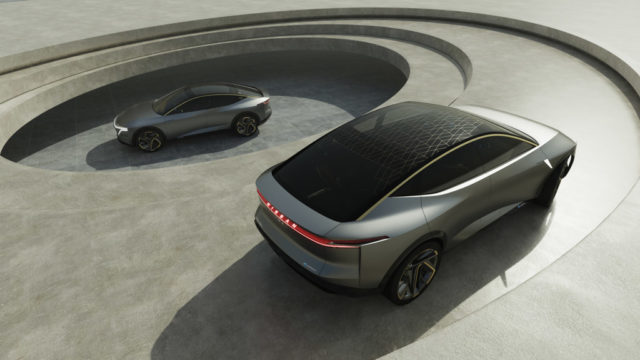 The cabin has dark fabric seat upholstery and golden garnishes across the dashboard. The multiple digital screens deeply convince you of a spaceship. The futuristic exterior has chiselled lines and creases while the V-motion front grille is in its advanced design by integrating with the headlamps. The LED lighting strip running across the width and arch-shaped roofline are other visual highlights.