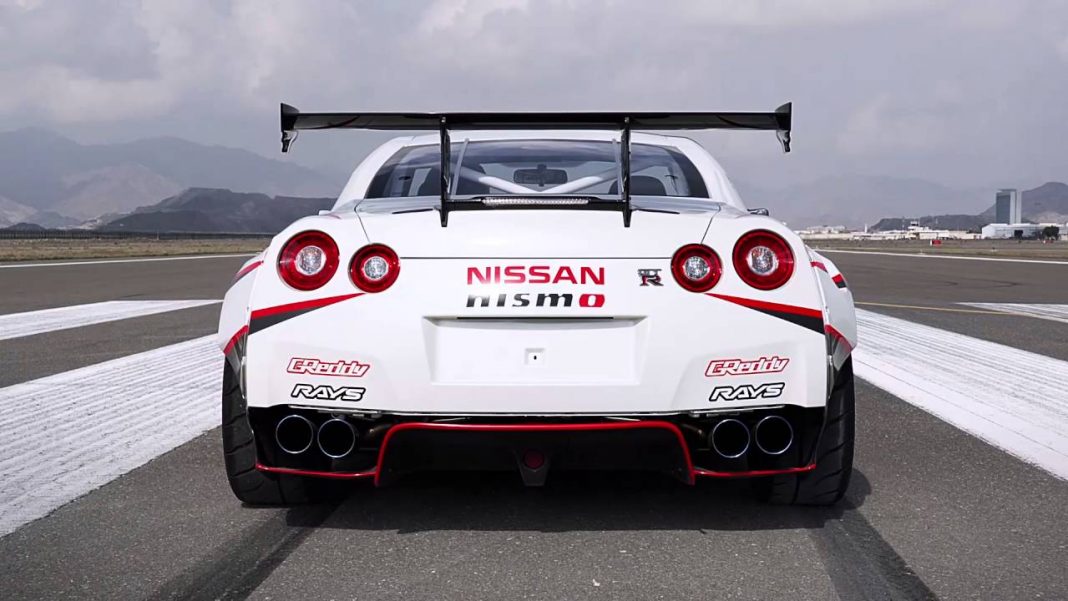 Earlier this week Nissan Middle East has released a teaser video, and later the Japanese automaker has revealed about an all new Guinness world record made by the Godzilla aka Nissan GT-R. The specially tuned GT-R was given a task to set the new world record of fastest ever drifting.

The GT-R was tuned to produce around 1380 hp peak power and power was sent to the rear wheels. Japanese drift champion and title holder for Japanese drifting series Masato Kawabata was behind the wheel of the car. The car set the record at an eye popping speed of 304.96 kmph and at 30 degree drift angle.

After the modification by GReddy Trust, the specially tuned GT-R went through numerous testing at Japan’s Fuji Speedway, and the final record setting drift took place at the 3 kilometer long airstrip of Fujairah International Airport in United Arab Emirates (UAE).

The modification was done at the site three days prior to the final event and everything was done complying with the Guinness World Records guidelines. In order to set the record the car was fitted with Recaro driver seat, light weight alloy wheels and Toyo tires which were designed exclusively for this stunt only; alongside the tuned up engine.

Until now, the fastest drifting record was set by Jakub Przygonski from Poland. In 2013 he used a specially modified Toyota GT86 for the record which was tuned to produce 1068 hp power. He managed an entry speed of 256 kmph, while the drifting speed was 217 kmph.

The stunt took place at an airport near the Polish capital Warsaw. To break his record Masato Kawabata got three chances as per the Guinness rule. Till now only the teaser video of the stunt has surfaced on web which has already garnered 416289 views. We are eagerly waiting for the full stunt video with fists clinched.