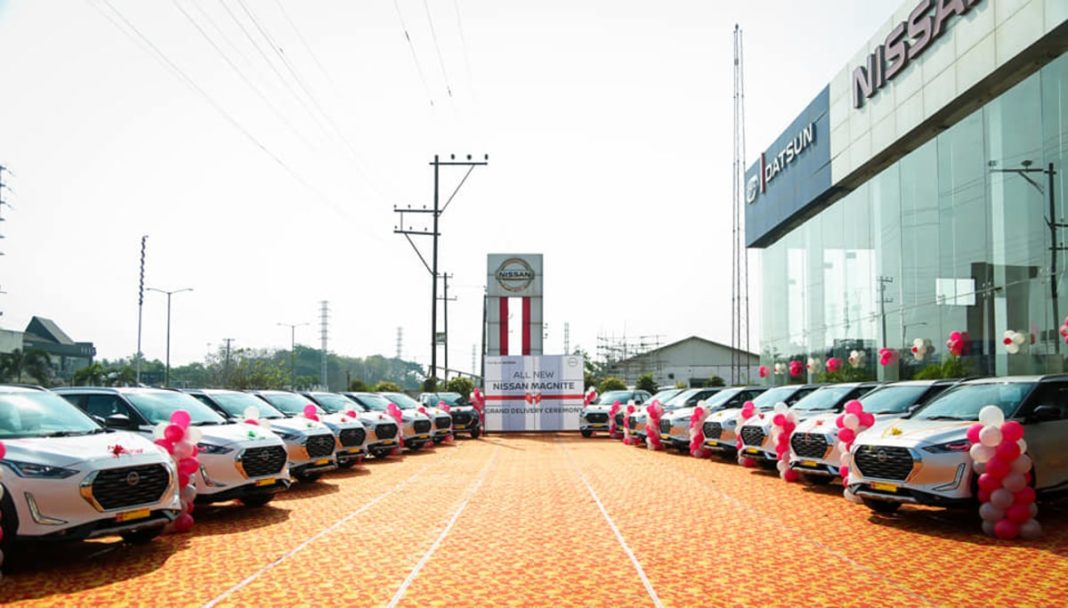 A Nissan dealership in Andhra Pradesh conducted a mega delivery drive, delivering its first 36 units of the Magnite in just one day

Nissan India entered the sub-4-metre SUV segment in the Indian market last month, with the Magnite. The newest Nissan on the block has managed to garner an exceptional response, racking up 32,800 bookings in just a month. With such an overwhelming demand, it sure seems like the Magnite can turn things around for Nissan in India.

A Nissan dealer in Andhra Pradesh has also grabbed the spotlight with its “Mega Delivery Drive”. Kantipudi NISSAN, the manufacturer’s authorised dealer for East and West Godavari Districts, Visakhapatnam, Vizianagaram, and Srikakulam Districts, delivered its first 36 units of the Nissan Magnite to customers in a single day!

It is important for Nissan to increase its sales numbers, as the backlog is quite high. While the booking numbers are impressive, the company only managed to dispatch 560 units in the Magnite’s debut month. The waiting period for the vehicle is as high as 8 months for select variants! 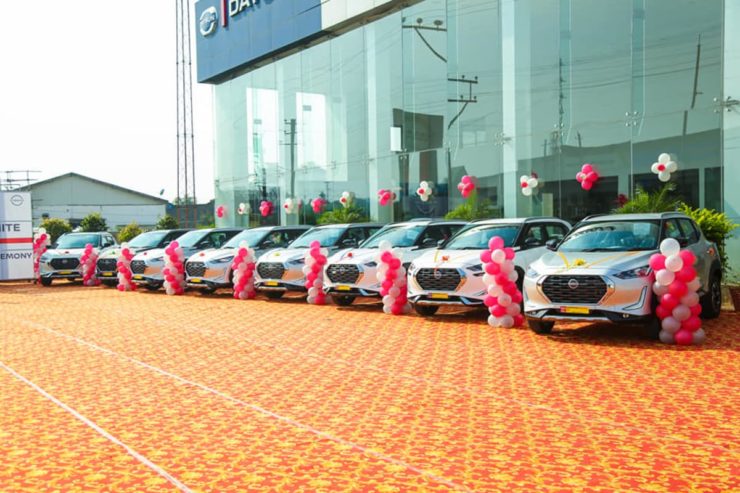 Huge waiting periods can be bad for any brand, as most people tend to lose interest in a vehicle in such cases. As Nissan doesn’t have a high volume product in its range in the Indian market, the Magnite is the most significant vehicle in its lineup currently. As such, the company has already begun a third shift at its manufacturing plant in Tamil Nadu, and the waiting period should reduce significantly.

Nissan has hiked the price of the base variant of the Magnite by Rs. 50,000, but the other trims are still available at the introductory price. The vehicle now costs between Rs. 5.49 lakh and Rs. 9.97 lakh (ex-showroom, New Delhi). Pricing has been the Magnite’s biggest strength, as it manages to undercut the competition by a significant margin. 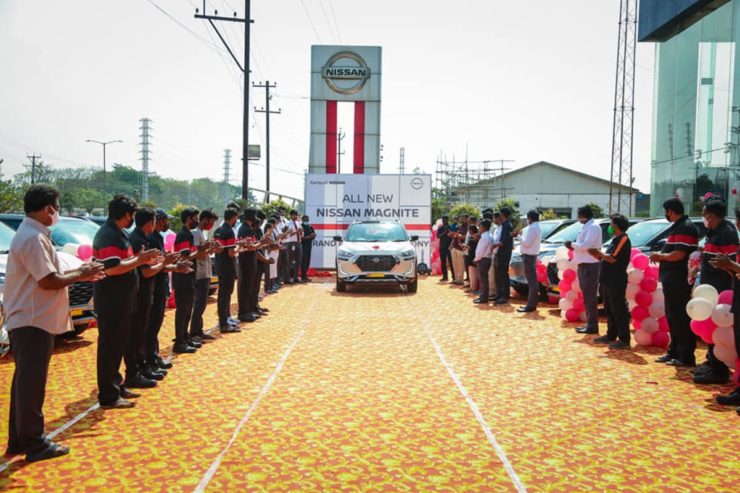 The Magnite is available with two engine options – a 1.0-litre, inline-3, naturally-aspirated petrol motor, and a turbocharged version of the same. The former generates 72 PS and 96 Nm, while the latter is good for 100 PS and 160 Nm. Both powerplants come mated to a 5-speed manual transmission as standard, and the turbo-petrol engine gets the option for a CVT as well.