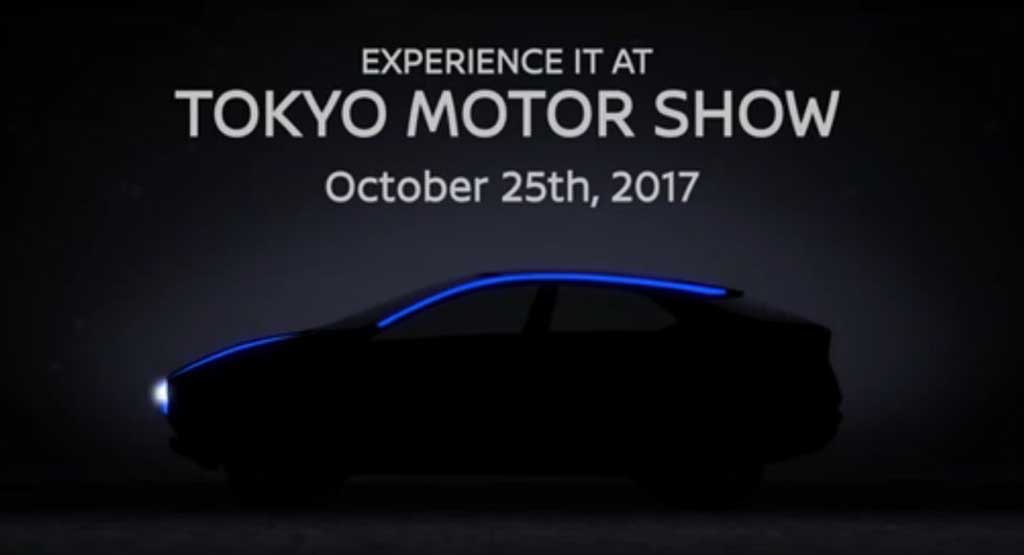 Nissan is gearing up for the upcoming Tokyo Motor Show and ahead of the event, the Japanese automaker has teased a new and mysterious concept. The concept will be uncovered at the Tokyo event on 25th October. The concept previews a crossover with unique design and as the brand says, it embodies the future of Nissan Intelligent Mobility.

The Nissan concept gets an almost vertical front fascia. The silhouette of front splitter at the bottom of the bumper is visible in the teaser video. The roofline gets a gentle sloping appearance and there is a rakish windscreen as well. The rear profile appears little boxy. Overall, as the automaker has teased this new concept, the car is expected to be pretty unique looking. However, we have to wait a few more days to see it in flesh.

Nissan has been working on a Vmotion 3.0 concept for quite some time and this could be an electric crossover. The mystery concept model teased by the Japanese automaker could be that electric crossover, but there is no confirmation yet. Nissan aims to showcase several other concept models at the upcoming Tokyo Motor Show that include the Leaf Nismo.