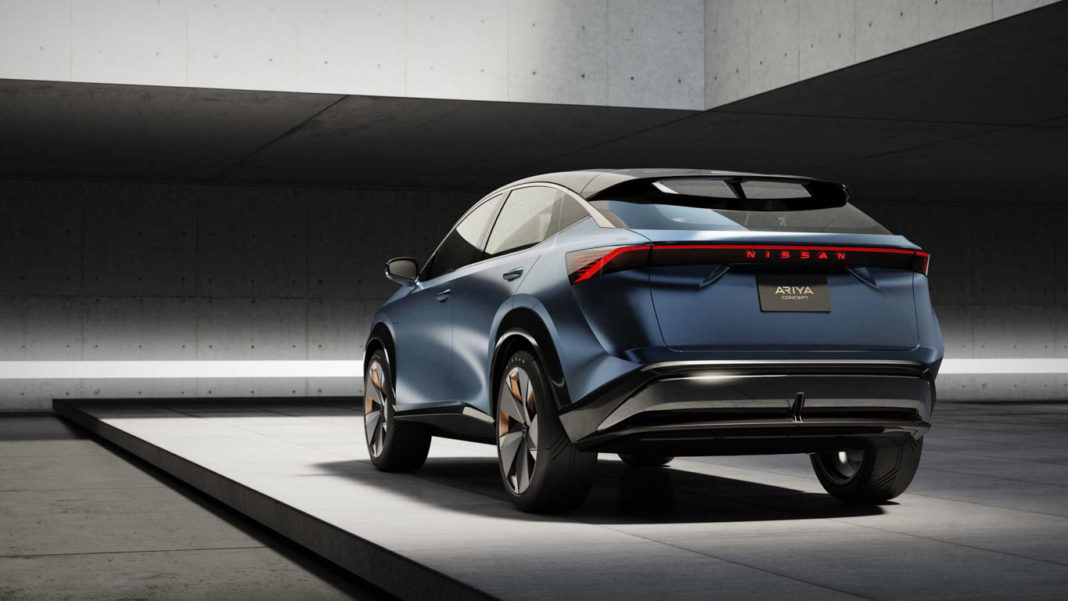 Nissan Ariya electric crossover will go up against Tesla Model Y and it will have ProPilot 2.0 semi-autonomous driving capabilities

Nissan is gearing up to host the global unveil of a brand new electric vehicle on July 15 and it has been teased giving us a sneak peek of what is about to come. The battery-powered crossover will be pitched against the Tesla Model Y in the highly competitive segment and it will harbinger a range of EVs from Japanese auto major in the coming years.

The company will be revealing the Ariya digitally, just as the recent crop of vehicle launches due to the health crisis. Having been teased already, the Nissan Ariya’s latest teaser video shows the electric vehicle running in winter weather conditions somewhere in the Arctic Circle testing and also on regular tarmac. The top view indicated the presence of a dual-tone exterior.

Looking at the front bumper vanes, wheels and design elements, thick strip of LED Daytime Running Lights and multi-layered headlamps, the production version will have plenty in common with the Ariya concept unveiled at the 2019 Tokyo Motor Show. The plastic cladding around the side skirts and wheel arches is another highlight of the upcoming crossover.

The Nissan Ariya EV is expected to go on sale in its home market of Japan first before reaching China, Europe, United States, etc. While no official specifications are available yet, the electric crossover will be equipped with two electric motors, one on each axle effectively making a four-wheel-drive configuration and thus good off-roading capabilities will likely be on-board.

Another significant feature will be the ProPilot 2.0 semi autonomous driving system. It allows for autonomous control of the throttle, steering and brakes in specific conditions. The Nissan Ariya sits on a brand new architecture that will be taken advantage of across the Renault-Nissan-Mitsubishi alliance.

Recently, Nissan revealed strategic investments and plans to focus on volume-bearing markets including India as it will launch B-segment products. The CMF-A+ platform based Nissan compact SUV dubbed ‘Magnite’ will be introduced in early 2021 as it will be positioned in a competitive space against Vitara Brezza, Venue, Nexon, EcoSport, XUV300, etc.