According to the latest reports, the launch of the Land Cruiser 300 has been delayed. Previously, the new-generation SUV was supposed to go on sale in a few international markets this year, but sadly, the company has decided to play conservative and not launch the SUV until next year. The next-generation Land Cruiser is now expected to debut around March 2021.

There have been plenty of speculations floating around the interweb regarding the powertrain of the new Land Cruiser. A lot of reports suggest that it will sport a new 3.3-litre V6 turbo-diesel engine and a 3.5-litre twin-turbo V6 petrol. The latter might have a hybrid or mild-hybrid version as well, to improve performance as well as economy.

The current-gen model (Land Cruiser 200 series) uses a 4.5-litre twin-turbo diesel engine, capable of generating 268 HP and 650 Nm of peak power and torque, respectively, and comes paired to a 6-speed automatic gearbox. This V8 motor will be discontinued when the production of the current-generation series ends. Last year, Toyota had also axed the 4.5-litre V8 petrol engine, so this isn’t too surprising. Engine downsizing is the current trend in the global automobile industry. 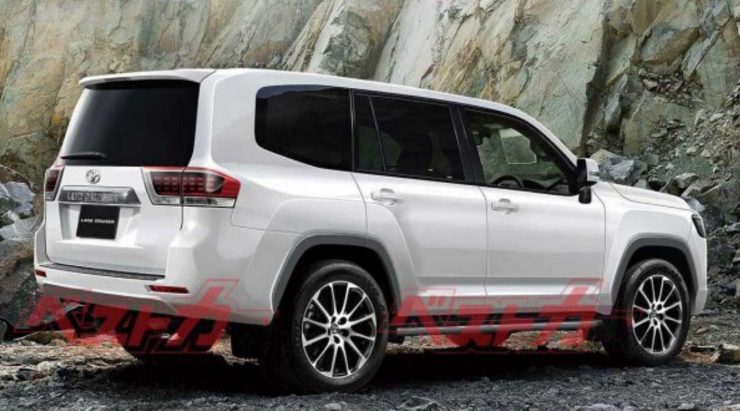 Just like the current model, the next-gen Land Cruiser will have a rugged ladder-frame chassis, suitable for off-road driving. This one, however, will be a unique body-on-frame version of the TNGA-F platform. This new platform is expected to be lighter yet stronger than the current one, and will also underpin the next-generation Toyota Tundra pickup truck.

Up until the arrival of BS6 emission norms, the Toyota Land Cruiser was also available in India, priced between Rs. 86.02 lakh and 1.46 lakh. Its sky-high price tag, however, ensured that it remained a niche product. As for the next-generation model, we expect it to also arrive in India, probably late next year.

Naveen Soni, Senior Vice President of Sales & Service, Toyota Kirloskar Motor had said: “We are not giving up that product, and definitely in some form, shape, size you will see that product coming back,” in reference to the Land Cruiser SUV. While no launch details have been provided, it sure seems like the next-gen model will surely arrive in India.