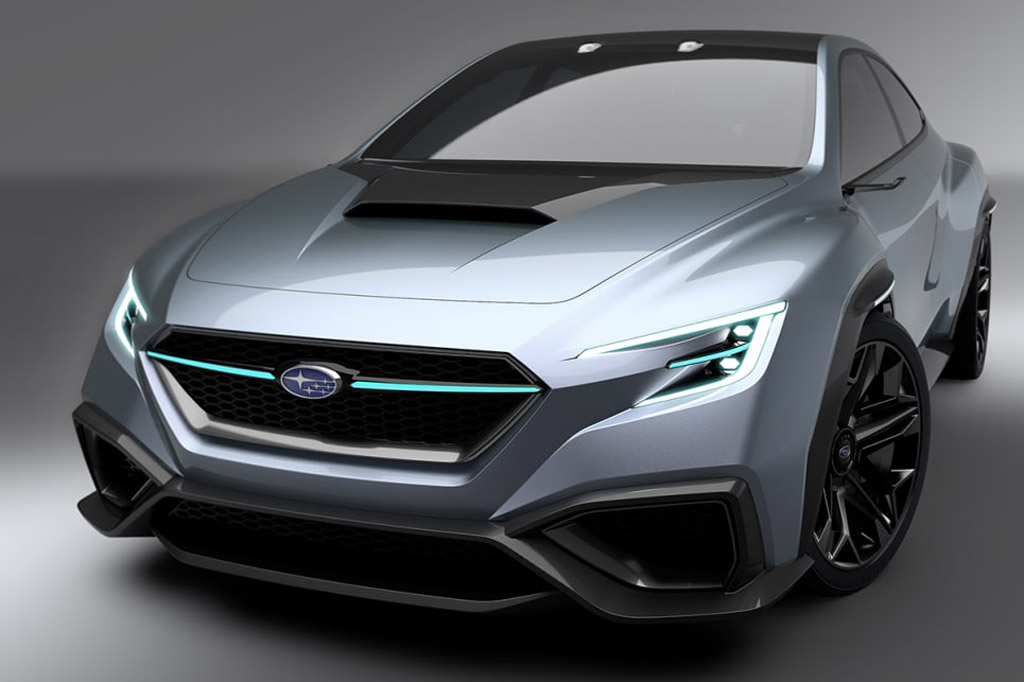 Subaru has unveiled the Viziv Performance concept at the ongoing Tokyo Motor Show previewing the next generation WRX. The performance focused sedan concept comes pretty muscular and sharp looking and it grabs attention very easily. Interesting fact is that Subaru’s concept models usually enter production without major change and in that case we hope the new WRX comes exactly like this concept.

Speaking about the Subaru Viziv Performance model’s design, it sports a hexagonal front grille with black honeycomb mesh and there is a blue horizontal trim at the centre of the grille. The headlamps come wearing full LED treatment and there are C shaped LED daytime running lights as well. The hood and bumper features very sculpted appearance. 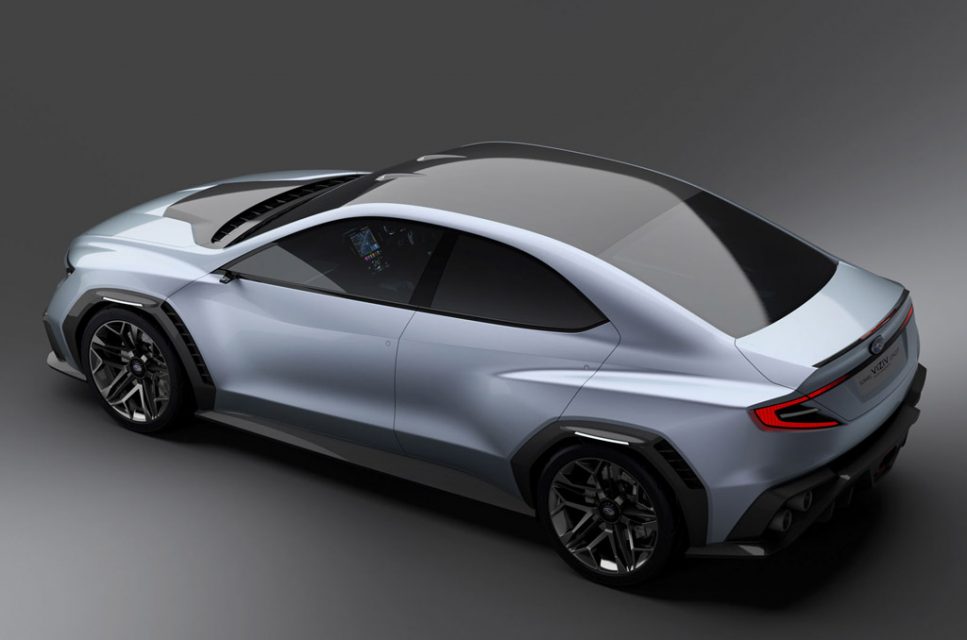 There are plenty of carbon fibre elements at the front bumper and large air intake. Subaru has clearly focused on aerodynamic efficiency of the concept, as it carries a very flowing and smooth look at side profile. The flared fenders and large bold alloy wheels enhances its masculine stance, while the other design elements are nicely curved roofline, carbon fibre trims at wheel arches.

Absence of the conventional ORVMs and door handles along with presence of sharp character lines draw attention. Moving to the back of the sedan, Subaru Viziv Performance concept sports C shaped LED taillights, a very aggressive rear diffuser with quad round tipped exhausts. So far, the performance sedan concept appears very appealing with its design from every angle. Dimensionally, it measures 4,630 mm in length, 1,950 mm in width, and it has a 2,730 mm of wheelbase. 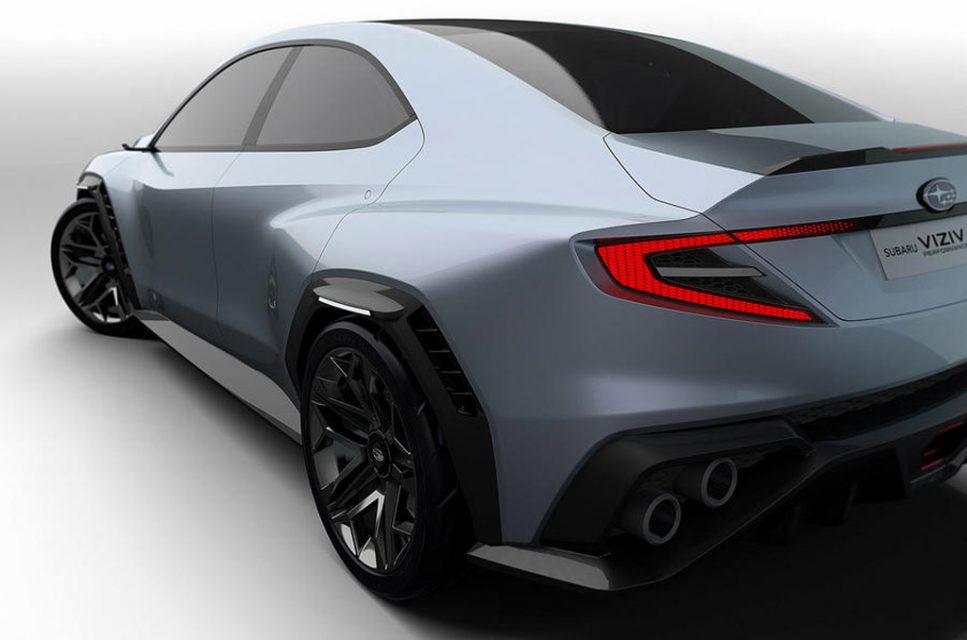 Inside the cabin, it gets a large touchscreen infotainment system at the centre console with ergonomic design. High quality materials are also expected to be used inside the cabin. Subaru is expected to launch the next generation WRX in 2020 and it would carry several advanced EyeSight driver assistive technology. The automaker says the Viziv Performance concept has been designed keeping the joy of driving in mind. The automaker is tightlipped about the powertrain, but this car would carry a very powerful engine for sure.