Royal Enfield has been rigorously working on the next-generation model of Classic 350 for the Indian market. The bike has been spotted earlier with wind deflector but this is the time, it had been spied riding on differently designed alloy wheels besides the wind deflector in Chennai.

The next-gen Royal Enfield Classic 350 will be based on a new platform while powered by an all-new engine with fuel injection technology. Currently, it draws power from a 346cc single-cylinder engine which was recently updated with BS6 emission norms so that it stays on sale until the new-gen model arrives.

The styling of new-gen model would be leaps and bounds ahead of the current-gen model. It will comprise of a redesigned fuel tank, new exhaust pipes, revised tail-lamp cluster etc. to name a few. In fact, the rear fender will be shorter in size alongside a new air filter box and grab rails. 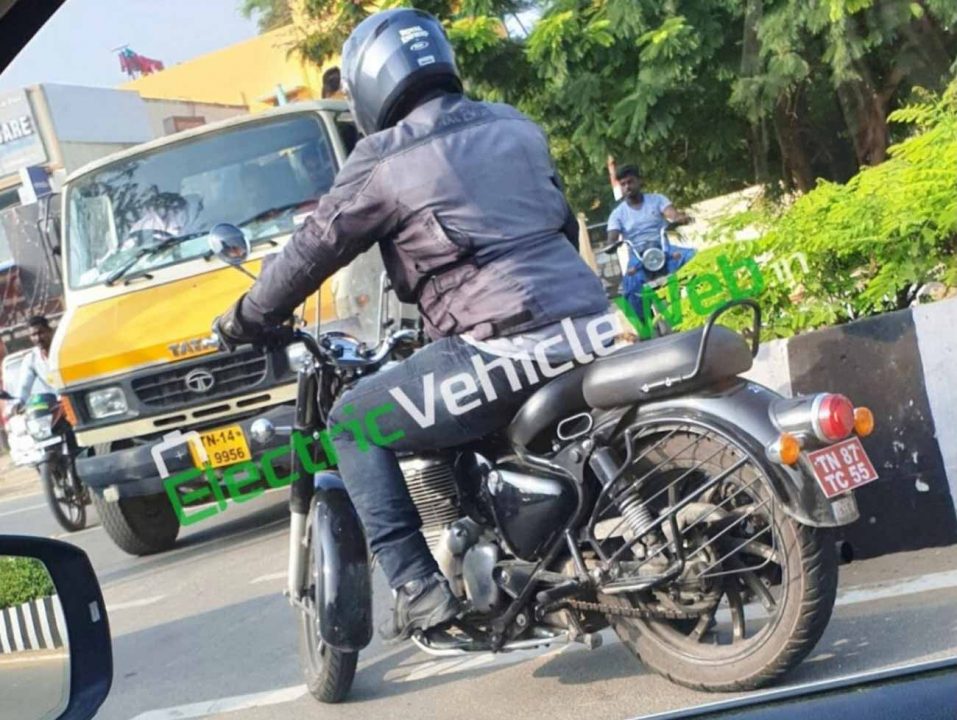 The company has moved the rear disc brake to the right side while placing the chain and sprocket to the left side. The new-gen RE Classic 350 will no longer feature a kick. The bike will boast of a sem-digital instrument cluster which will consist of an analogue speedometer while all the other bike-related info will be displayed at a digital screen for the rider.

The new-gen bike is expected to come loaded with several accessories such as pillion backrest, wind deflector, crash guard, saddlebags, etc. to name a few. The elements that it is going to retain are the round halogen headlamp, suspension setup, and dual-channel ABS. It could be launched by the end of 2020 in the country.

It has been learned that Royal Enfield is planning to launch two more new motorcycles this year in the Indian market. The company will launch an entry-level cruiser while the other model has got several names from the media like Explorer/Hunter/Roadster. The latter is codenamed as J1C and it will be based on the Scrambler while targeting millennial folks and females mostly.

The entry-level cruiser could be named as Meteor or Grand Meteor while being positioned below the Thunderbird. The bike will be powered by the tried and trusted 346cc engine as the company is in process of updating the Thunderbird with the Interceptor’s 650cc engine in future.