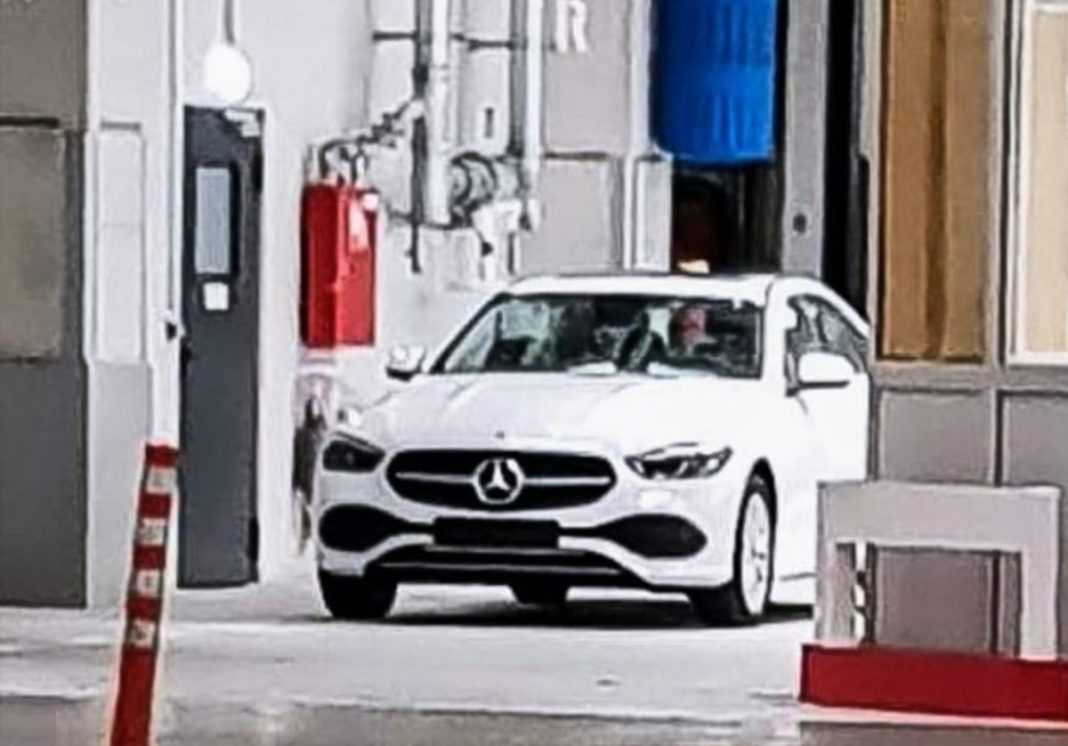 The 2022 Mercedes-Benz C-Class takes some design inspiration from the upcoming next-gen S-Class, and will also have a wagon/estate variant

The next-generation Mercedes-Benz C-Class has recently been spied undisguised.  The test mule shows some prominent changes over the current generation model, like the new front grille, with a single chrome slat running horizontally across, and the three-point star placed neatly in the middle. The front bumper has been completely redesigned as well, and looks much sportier than the current model.

Other details visible here include a drooping bonnet, sunroof, and S-Class-inspired sleek-looking headlamps. Sadly, this is the only spy picture available without camouflage at the moment, and to be honest it’s quite grainy. There isn’t much else that can be deciphered from here. That said, previous spy pictures have revealed quite a lot of information about the new upcoming C-Class.

The interior of the new-gen Mercedes C-Class will have a feature a large touchscreen infotainment system integrated low into the centre console, with AC vents above it and dedicated buttons for climate control and a few other controls below. Behind the multi-function steering wheel, there will be a large digital instrument cluster. Other than that, the design of the interior is mostly a mystery at the moment. 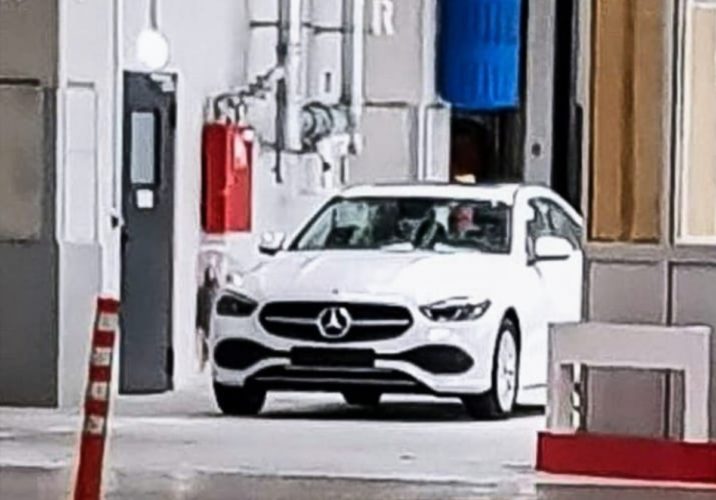 The engine options on the new Merc will probably be the same as the ones as the current-generation model, probably with a few changes. We also expect mild-hybrid variants as well, and even a full-hybrid model. For India, we’ll probably get a 2.0-litre turbo-petrol engine, and a 2.0-litre turbo-diesel engine as well.

Also, Mercedes will be adding a new wagon/estate model to the lineup, called the C-Class All-terrain. It will compete against the likes of Volkswagen Passat Alltrack, Audi A4 Allroad, and Volvo V60 Cross Country. Sadly, the C-Class All-terrain will probably never arrive in India, due to the non-existent demand for luxury wagons (or wagons in general) in our market. The two-door convertible model, however, will be available here. 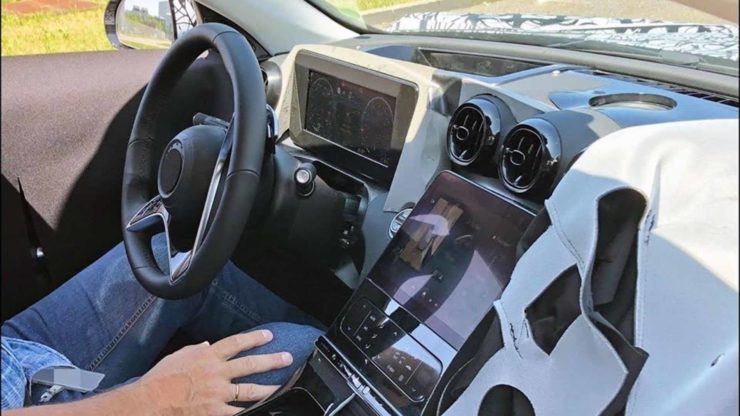 The next-gen Mercedes-Benz C-Class is expected to officially be unveiled by the end of the next year, and will probably go on sale in the beginning of 2022. The AMG variant will probably follow a few months later. Upon launch, it will compete with the BMW 3-series, Jaguar XF, and Audi A4. The current model is priced between Rs. 40 lakh to Rs. 1.33 crore (ex-showroom, New Delhi). The newer model will probably be priced a little higher than this.