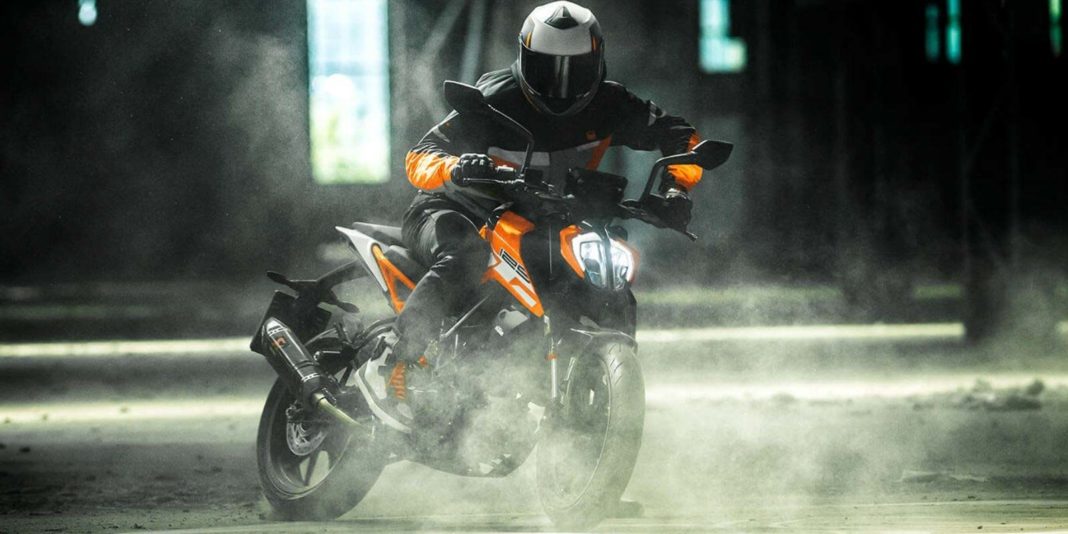 KTM is currently developing the next-generation version of 125 Duke, and here, we have detailed everything we know about it yet

KTM is working on the next-generation version of 125 Duke, alongside the next-gen 390 Duke. The baby Dukes have been spotted a few times already, revealing plenty of details about these upcoming models, which has managed to rile up enthusiasts and fans of the Austrian two-wheeler manufacturer extremely excited,

Here, we have listed all the details that we know yet about the forthcoming new-generation KTM 125 Duke.

The next-generation KTM 125 Duke will have a sportier design than the current-gen model. The headlight cowl is different, and the tank extensions are sharper as well. The split seat setup is new as well, and the tail section looks completely different. The taillight has a new design as well, and the alloy wheels are also new.

The next-gen KTM 125 Duke will get an updated trellis frame, along with a completely new rear subframe. In the spy pictures, we also see that the swingarm is completely new. This new chassis will likely be much stronger than that of the existing model. The suspension system continues to get USD forks at the front, while the rear monoshock is now offset-mounted.

The international model will come loaded with plenty of premium features, like a multi-colour TFT instrument console, all-LED lighting system, single disc brakes on both wheels, dual-channel ABS, etc. In the spy pictures, we can see that the alloy wheel and disc brake setup at the front is similar to the new-gen RC series.

The India-spec model will likely have a relatively frugal equipment list, to increase affordability. We expect it to get a halogen headlight (LEDs for taillight and turn indicators), a monochrome LCD instrument console, and single-channel ABS.

The current-gen KTM 125 Duke is powered by a 124.7cc, liquid-cooled, single-cylinder engine, which can generate a peak power and torque of 14.5 PS and 12 Nm, respectively. It comes mated to a 6-speed sequential transmission. The next-gen version will likely get the same powertrain, perhaps with a few modifications.

The next-generation KTM 125 Duke will likely have its global debut at EICMA 2022, towards the end of this year. We expect the motorcycle to launch in the Indian market in 2023, likely alongside next-gen versions of other Duke models, like 200 Duke, and perhaps even 250 Duke and 390 Duke.