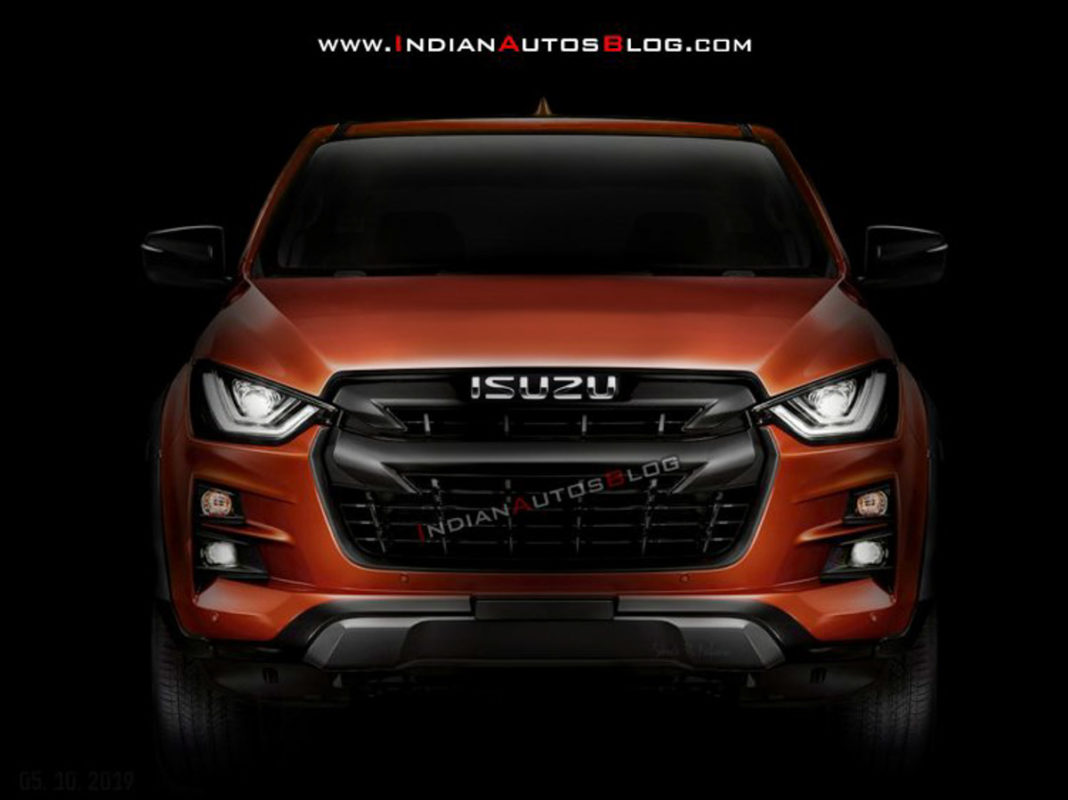 The existing Isuzu D-Max has been on sale since 2011 in the international markets and is primed to get the biggest update on October 11. With just a few days away from the launch, Isuzu has released the teaser of what is certainly the next-generation model. Judging by the teaser, the Japanese manufacturer looks to have been stuck by the Infinite Potential styling philosophy.

The rendering image based on the teaser gives you an in-depth look into what is in store on the design front. The exterior of the 2020 Isuzu D-Max comes equipped with a bigger front grille with the similar horizontal elements as seen in the current model. The single-frame grille looks more prominent as there is no separation between the upper and lower air inlets this time around.

The headlamps have become sharper with U-shaped integrated LED Daytime Running Lights enhancing the sportiness of the pickup truck. The rear end gets a set of newly designed tail lamps with rectangular-shaped LED lighting elements and the tailgate also appears to have been restyled. The teaser video expresses a more upscale interior with a high-quality material finish probably.

The silver accents can be seen on the gear lever and climate control areas while the instrumentation is brand new as well. Isuzu could take this opportunity and increase the number of equipment being offered in the next-generation D-Max. While the upcoming fourth-generation D-Max won’t spawn the next avatar of Chevy Colorado, the existing model will act as the base for the next-gen Mazda BT-50.

As for India, we can expect the fourth-gen D-Max to arrive here a little later – probably towards the end of next year or in 2021. Isuzu added a new 1.9-litre turbocharged diesel engine to the D-Max V-Cross’ lineup just a while ago for the domestic market as the automatic variant is priced at Rs. 19.99 lakh.

The motor kicks out 150 PS peak power and 350 Nm of maximum torque. The unit will be upgraded to meet BSVI emission regulations ahead of the March 31, 2020 deadline and expect a hike in prices across the range resultantly.