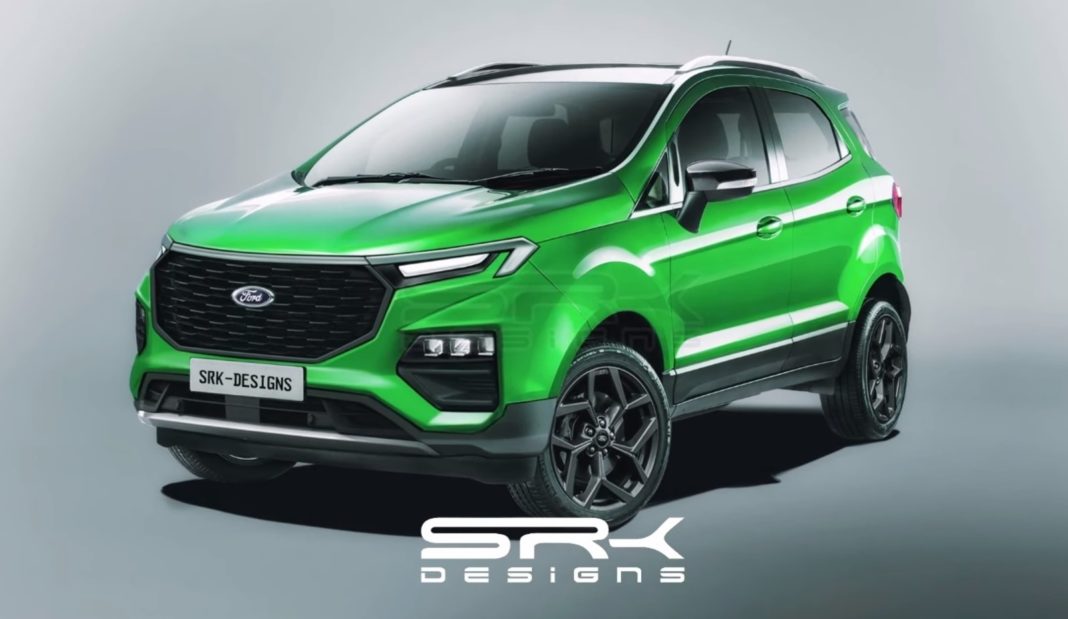 Ford EcoSport was first launched in India back in 2013, and it is currently the brand’s best-selling model in our market. However, the SUV has gone for quite a long time without any major updates (except for a facelift back in 2017), which is why its popularity is now dwindling among buyers. That is expected to change with the arrival of the next-generation EcoSport, which is reportedly already in development.

There aren’t many details available about the next-gen EcoSport, although there is a lot of speculation floating around. Regardless, digital artists have been busy creating their own versions of the upcoming SUV, and here, we have one such rendering. This model, created by SRK Designs, draws styling inspiration from Ford Equator, and the entire design process is documented in the video below.

The front end of the vehicle features a vertically-split headlamp design. The upper portion consists of J-shaped LED DRLs and LED turn indicators, and the main headlamps (consisting of tri-LED projectors) are integrated into the front bumper. The front grille is quite massive, and there’s a wide air dam on the bumper. Also, the front grille gets a Ford logo in the centre, along with a chrome line on the top that connects the pair of DRLs.

Other changes to the design include a new set of alloy wheels, painted in black. The SUV continues to feature roof rails, along with black cladding all around. This model also sports a unique parrot green exterior paint. This rendered model gives us a fair look at what to expect from the next-gen EcoSport. There is no launch timeline available for the upcoming new-gen model, but some reports claim that it might arrive around late-2021 or early-2022.

Currently, Ford EcoSport is available with two engine options. The first one is a 1.5-litre, naturally aspirated, inline-3 petrol motor, which is good for 123 PS and 149 Nm. The second one is a 1.5-litre, turbocharged, inline-4 diesel mill, which belts out 100 PS and 215 Nm. A 5-speed manual gearbox is available as standard, while a 6-speed automatic gearbox is offered as an option on the petrol engine. 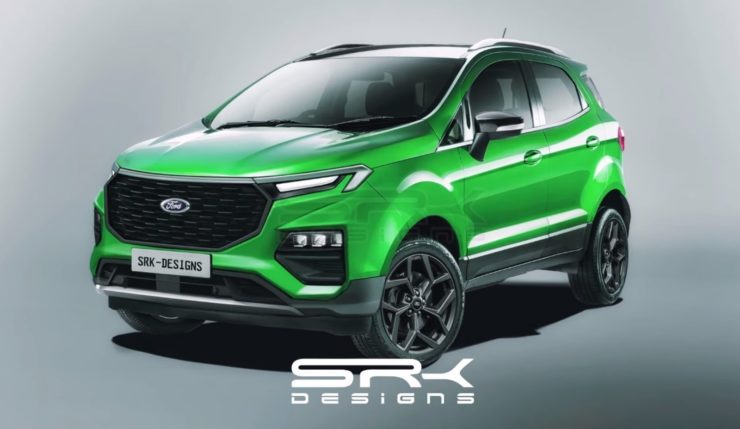 We expect both these engine options to be carried forward to the next-gen model. As for the current-gen model, Ford recently added a new SE trim to the EcoSport range, which features a few changes to the exterior design, including the absence of a boot-mounted spare wheel.