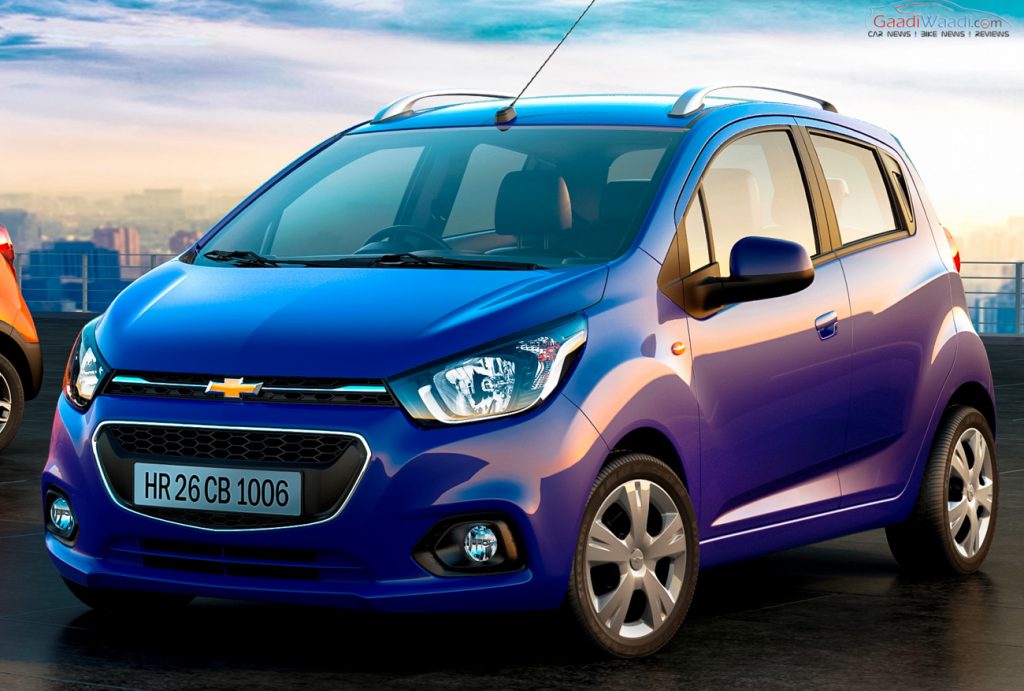 Earlier this year, when Chevrolet showcased the Beat Activ concept at the 2016 New Delhi Auto Expo, it immediately became a topic of discussion in the automotive community. What was sure was that a new fresh looking Beat is on its way. The American automaker has now officially released the image of the all new next-generation Chevy Beat which will hit the Indian market later this year or in the beginning of 2017. The new Beat looks absolutely gorgeous and compared to the outgoing model it is an eye candy.

Including the compact hatchback, the American automaker plans to launch a total of five models in Indian market in next two years, with three of these models being based on the Beat hatchback. Other two will be the facelift Chevrolet Trailblazer which was unveiled a few days ago in Brazil and the new Cruze sedan. Chevrolet has done an evolutionary job while designing and styling the second generation Beat. The next generation Beat sports a signature Chevrolet grille which is split in two parts; the upper part gets a sleek chrome bar running horizontally, while the lower part gets honeycomb design. The headlamps look bigger than the outgoing model’s and come with black accents at the lower part.

The front bumper looks beefy and muscular and complemented by the round fog lamps sitting pretty at both the sides. Moving to the side profile, the new Beat gets a bit flared wheel arches, which make the car muscular. Apart from that the side profile boasts five spoke wheels, and nearly plain body sans character lines, while the glass area comes blackened out and the waistline runs upward toward the rear.

Just like the outgoing model the rear passenger door handles are on the C pillar. At the rear profile, the new Beat’s taillamps will get LED units and come a bit larger, while the registration plate is supposed to come re-positioned.

Moving inside the cabin of the new Chevrolet Beat, the car will adorn dual tone interior theme, and among features such as the 7 inch touchscreen infotainment system at the centre console will be adding a zing to the car. The instrument cluster is expected to come inspired by the outgoing model. Mechanically, all the three forms of Chevrolet Beat will get power from both the petrol and diesel engines which are expected to be 1.0 litre three cylinder units.