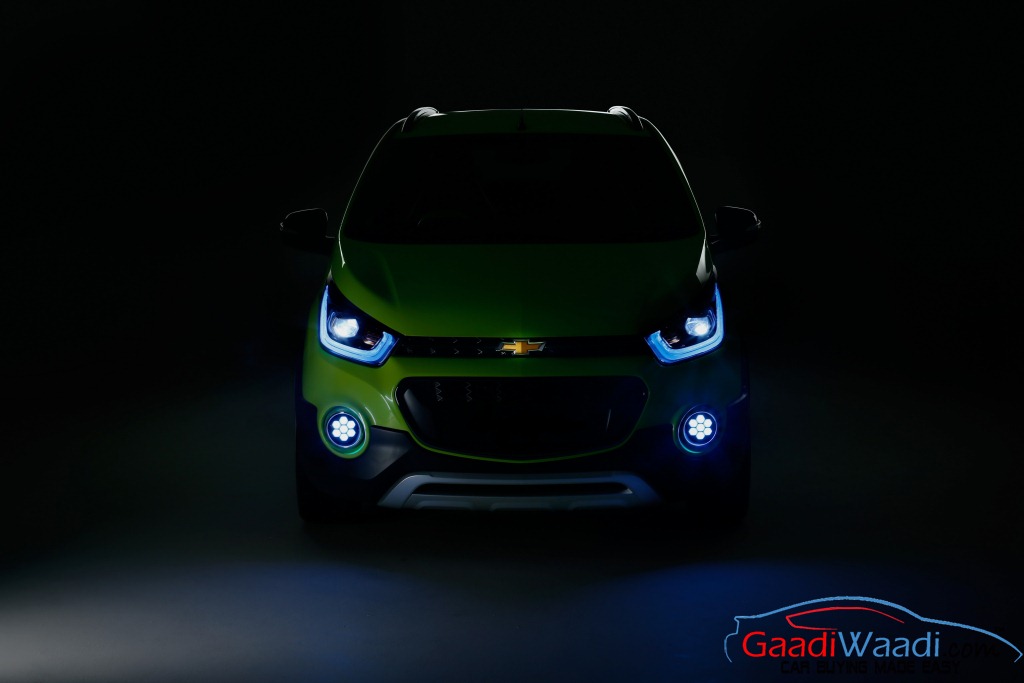 Chevrolet in India is getting back on the track. After promising 10 new products to customers,dealer and critics it plans a massive onslaught in the country. The company has invested over a billion dollar into its operations in India and with those ten products it want that money back. So after we leaked about a new platform and the companies that it rivals, one of products was the new generation Chevrolet Beat that is set to come to the country in the early 2017.

After coming at the Auto Expo 2016, which will be its global debut mark a new beginning in GM’s page as it is said to make a lot of vehicles on the same platform. Chevrolet Beat has been announced worldwide, but that was just the hatchback version. The new Next Generation Chevrolet Beat Crossover makes its debut here worldwide. India will be getting the US-Spec Beat just like the Cruze, which is also set to come to the country by 2017. The Next Generation Chevrolet Beat Crossover has been teased by the company and its pretty much confirmed that it be a more better and bigger in every aspect than the previous generation. The Crossover will get higher ground clearance, skid plates, cladding and much more. The previous generation car was known for best in class refinement, value for money, subtle amount of space and low maintenance along with speculator finance and car maintenance schemes. All those current generation positives along with few negative should be sorted out with this new car. Which means it should sligthly more space, powerful engines and remain the same neutral ride and handling balance. Next Generation Chevrolet Beat should fight the likes of Tata Zica, Maruti Celerio, Hyundai Grand i10 and Ford Figo. Launch happens in 2017 and we expect competitive pricing along with safety features and much more onboard the Next Generation Chevrolet Beat Crossover .