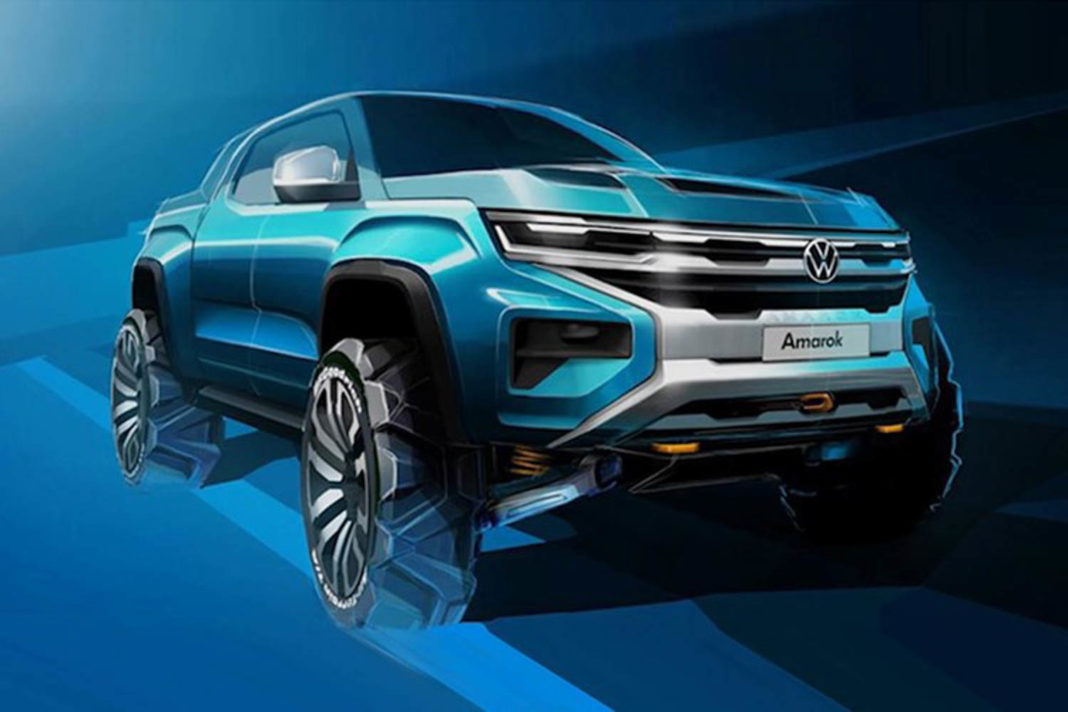 Next-gen Volkswagen Amarok will share bits and pieces with the next Ford Ranger, also due to be launched in 2022

As a part of the global alliance between Volkswagen Commercial Vehicles and Ford Motor Company, the companies will together develop commercial vans and pickup trucks, and the Amarok pickup truck will go on to become the first offering under this alliance. The German carmaker has teased us with a design sketch of the upcoming new-gen model, and it looks very aggressive.

However, we do not think that the production-ready version of the pickup truck would be as aggressive as this sketch makes it look. It gets a bulging hood, giant off-road tyres, and sports no door handles. Hence, while the sketch does give an idea of what the next-gen Amarok would look like, it is safe to say a lot of changes would be made before it goes on sale. Volkswagen is expected to offer the Amarok with both single- and double-cab versions.

The second-generation Amarok will also share a lot of components with the next Ford Ranger, and both the updated trucks are expected to be launched not anytime before 2022.  However, the similarities would be limited under the sheet metal, and both the pickup trucks would be sporting a different skin.

The alliance between the two could also lead to a new-gen version of the Ford Transit Connect Van, which could draw inspiration from the recently revealed 2020 Volkswagen Caddy. It will also lead to Ford using Volkswagen’s MEB platform, the one found under the VW ID.3 concept, to develop an electric car for the European markets.

Volkswagen retails the current-gen Amarok in the UK at a base price of £35,403, which converts to about Rs. 30.51 lakh. However, the next-gen model will likely be offered at a slightly premium price over that.