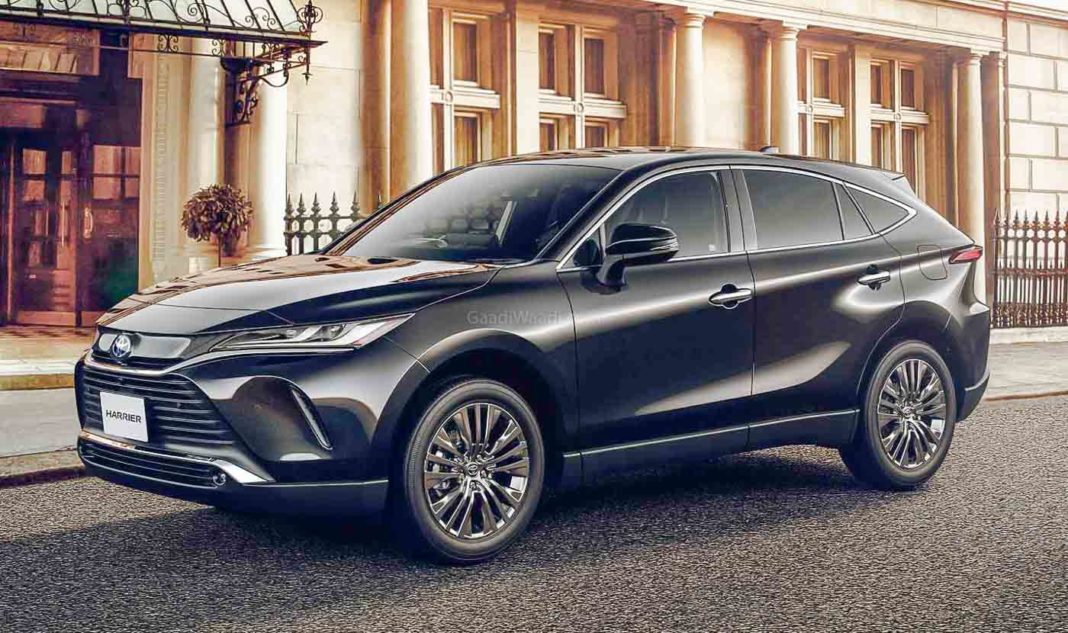 Not to be confused with the India-spec Tata Harrier, the fourth-gen Toyota Harrier was recently launched in Japan at a base price of JPY 2,990,000 (INR 20.77 lakh approx.)

The Harrier is a mid-size crossover SUV that was originally launched by Toyota back in 1997, and the car entered its fourth-gen avatar recently, which brought along a whole lot of changes to the table. The new-gen model has quickly gained a lot of popularity in the Japanese market, as reports suggest that bookings have already crossed the 27,000 mark.

Toyota has now released a TVC video for the fourth-gen Harrier, showing the SUV in all its glory. On the design front, the new-gen model looks bolder and more stylish than the outgoing third-gen model. At the front, the new Harrier gets sharp LED headlamps along with a sleeker chrome upper grille.

Moving to the rear, the car gets slim LED tail lamps which are joined together with an LED bar that runs across the entire boot of the SUV. The features on offer include an electrochromic sunroof that can be dimmed, a dash cam integrated in the IRVM, Toyota Safety Sense with a pre-collision system, as well as Intelligent Clearance Sonar with Parking Support Brakes which that reduces the damage from collision at lower speeds, like when you’re searching for a parking space.

The Harrier is built on Toyota’s TNGA-K platform, and comes with two different powertrains. You can either have the Harrier with a 2.0-litre naturally aspirated Dynamic Force petrol engine producing 171 PS of max power, along with 207 Nm torque, or a 2.5-litre hybrid powertrain churning out 218 PS of maximum power. The latter is the same engine that is also on offer with the India-spec Toyota Camry.

Toyota retails the fourth-gen Harrier in Japan at a starting price of JPY 2,990,000 (INR 20.77 lakh), which goes up to JPY 5,040,800, which converts to Rs 35.01 lakh in Indian currency, for the range-topping variant. The Toyota Harrier has only been launched in Japan for now, but will soon make its way to the North American markets as the next-gen version of the Venza SUV.