Suzuki Swift in its next generation will be lighter as it is said to be based on a new platform; likely launch in 2022

A media report from Japan indicates that the next-generation Suzuki Swift will be based on a newly developed platform and is expected to be lighter than the existing model with improved driving performance and more agility. Last year, the Japanese manufacturer announced the Swift Sport Hybrid for the international markets.

It essentially uses a 1.4-litre inline four-cylinder turbocharged engine working tandem with a 48 volt mild-hybrid system. Its reach will further be expanded in the next generation. The interior will reportedly be equipped with a larger touchscreen infotainment system and latest heads up display and mechanical changes are also expected.

The suspension is said to be tuned for sporty driving and high-performance-based dual sensor brake support will also be available. We can expect new features and technologies to be part of the equation as well. The report further stated that the exterior will be subjected to a number of revisions as the front fascia will get a split headlamp cluster and new LED Daytime Running Lights. 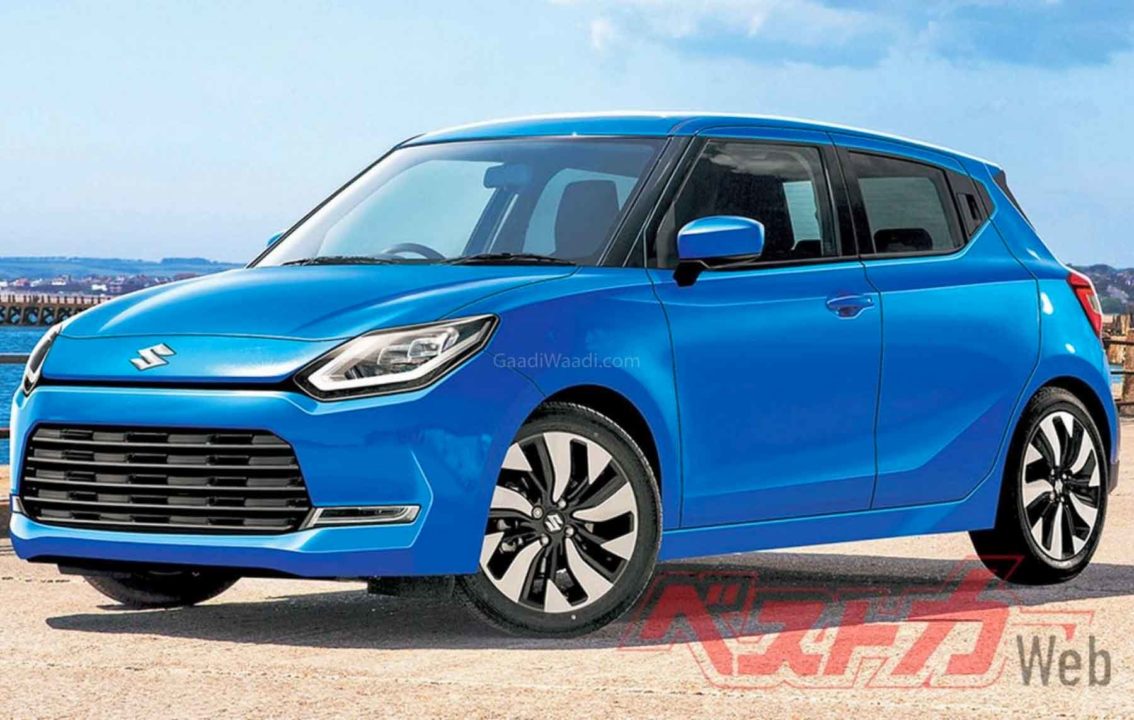 The front grille has a V-shaped design with the lower section featuring a three-dimensional structure with fins of similar colour in the middle. The fog lamps are also redesigned with a more aggressive look. The next-generation Suzuki Swift will more likely debut next year while the Swift Sport version can be expected around 2023.

The Suzuki Swift Sport will have many distinctions compared to the regular model. In India, the compact hatchback often ends up as the best-selling model every month. The latest generation made its global debut at the 2018 Auto Expo before going on sale and it was preceded by the Dzire sedan with exterior changes as the global model the previous year.

Earlier this year, the 2021MY Maruti Suzuki Swift debuted with an updated grille, three new dual-tone colour schemes and subtle equipment changes. The biggest addition was the 1.2-litre DualJet petrol engine producing around 90 horsepower and 113 Nm. It is paired with a five-speed manual or a five-speed AMT transmission.