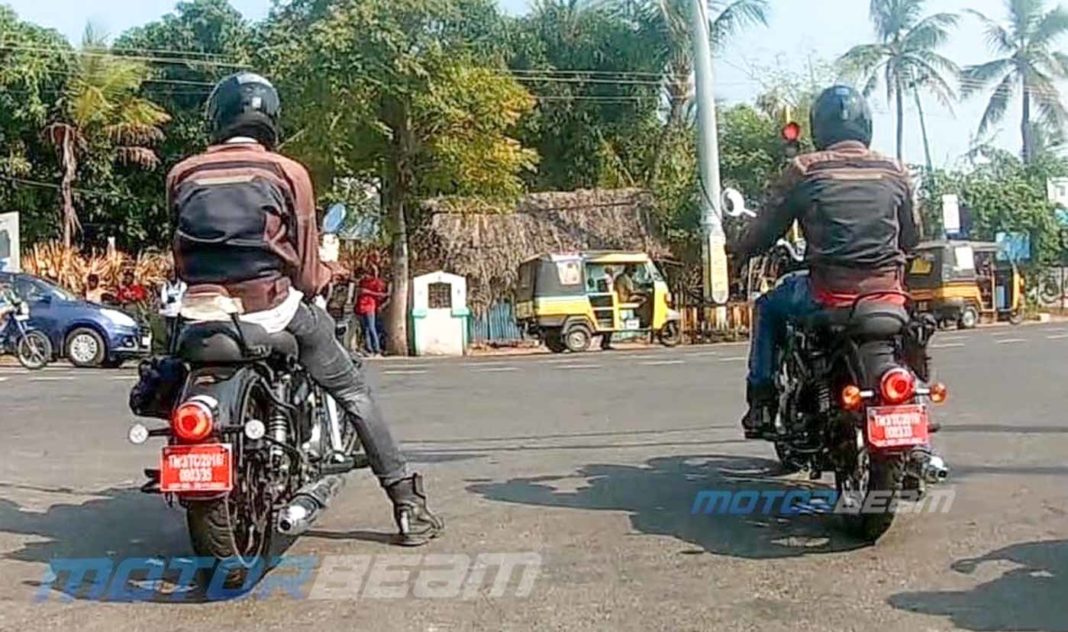 The next-gen Royal Enfield Classic 350 is expected to be launched in June this year, and will retain its rivalry with the likes of Jawa 42, Benelli Imperiale 400 and Honda H’ness CB350

Royal Enfield is one of the biggest two-wheeler manufacturers in India, and the automaker is in the works of further expanding its line-up. The carmaker is planning to launch a host of bikes in the Indian market, and one of the upcoming RE bikes is the new-gen version of the Classic 350, which has been spotted being tested on Indian roads quite a few times now.

Recently, two test mules of the next-gen Classic 350 were spotted testing again, and this time in their production-spec avatar. It should be noted that Royal Enfield is expected to retain the original design for the motorcycle, which will help carry over its retro appeal.

The test mules feature similar styling elements to the current model, including the round halogen headlamp, teardrop-shaped fuel tank, chrome rearview mirrors as well as the chrome-plated exhaust. However, the spy shots suggest that the bike will be getting a new round-shaped LED taillight as well as LED turn indicators. The bike could also come equipped with a circular LED DRL around the headlamp.

In addition, the test mules were equipped with a new split seat, which also seems to better cushioned than before. The bike also comes with a new grab rail at the rear which is placed a little higher as compared to the one seen on the current model. The next-gen Classic 350 will likely also come equipped with new handlebar grips, switchgear as well as an updated instrument cluster with a semi-digital display.

Royal Enfield will be offering the new-gen Classic 350 with its new Tripper Navigation system, a feature that was first introduced with the Meteor 350. The bike will be based on the new J platform and will be underpinned by a double-cradle chassis instead of a single downtube frame as seen on the current model.

Powering the new-gen Classic 350 will be a new 349 cc air-oil cooled single-cylinder that belts out 20.48 PS of maximum power along with 27 Nm of peak torque. The transmission duties will be handled by a 5-speed gearbox.