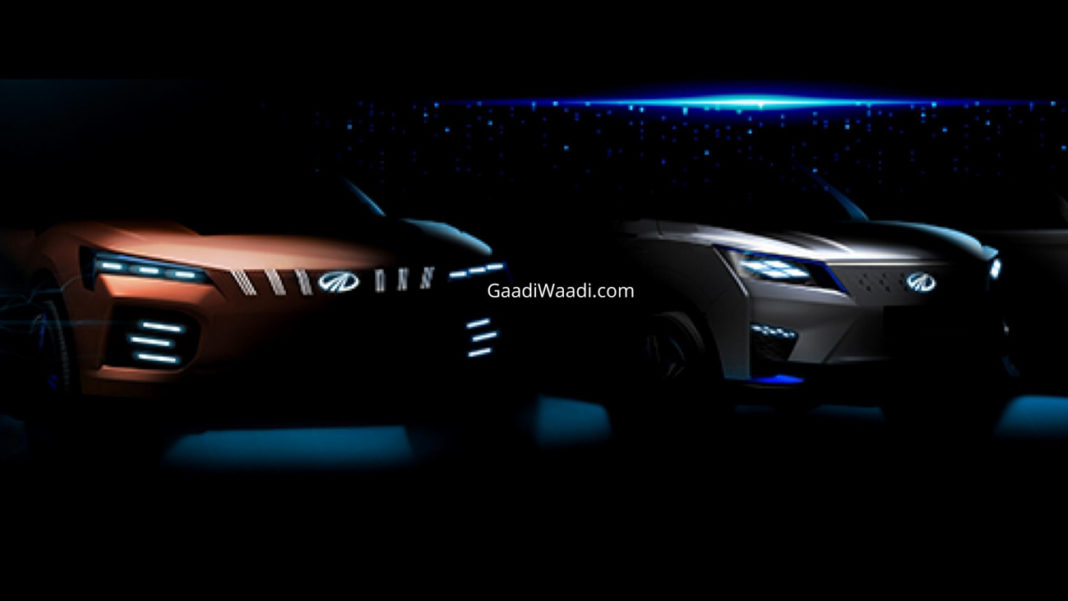 Mahindra & Mahindra released first teaser image of its exhibits at the 2020 Auto Expo scheduled for next month at the India Expo Mart in Greater Noida. The homegrown UV specialist has already confirmed the global premiere of three production electric vehicles at the event and all three can be clearly seen in the teaser image.

They will be part of 18 vehicles the brand is planning to showcase at the 15th edition of the Auto Expo. Looking from the right side of the picture, the three production EVs wear identical white or a mix of grey paint job with illuminated Mahindra logo, shut-off front grille area and LED headlamps in unique designs of their own.

In contrary to the trio, the vehicle to the far left appears to be a brand new conceptual study previewing the next generation XUV500. We have already seen the 2020 XUV500 being put on road tests with heavy camouflage and the front fascia of the possible XUV500 concept does stand in line with the array of changes in the popular premium SUV. 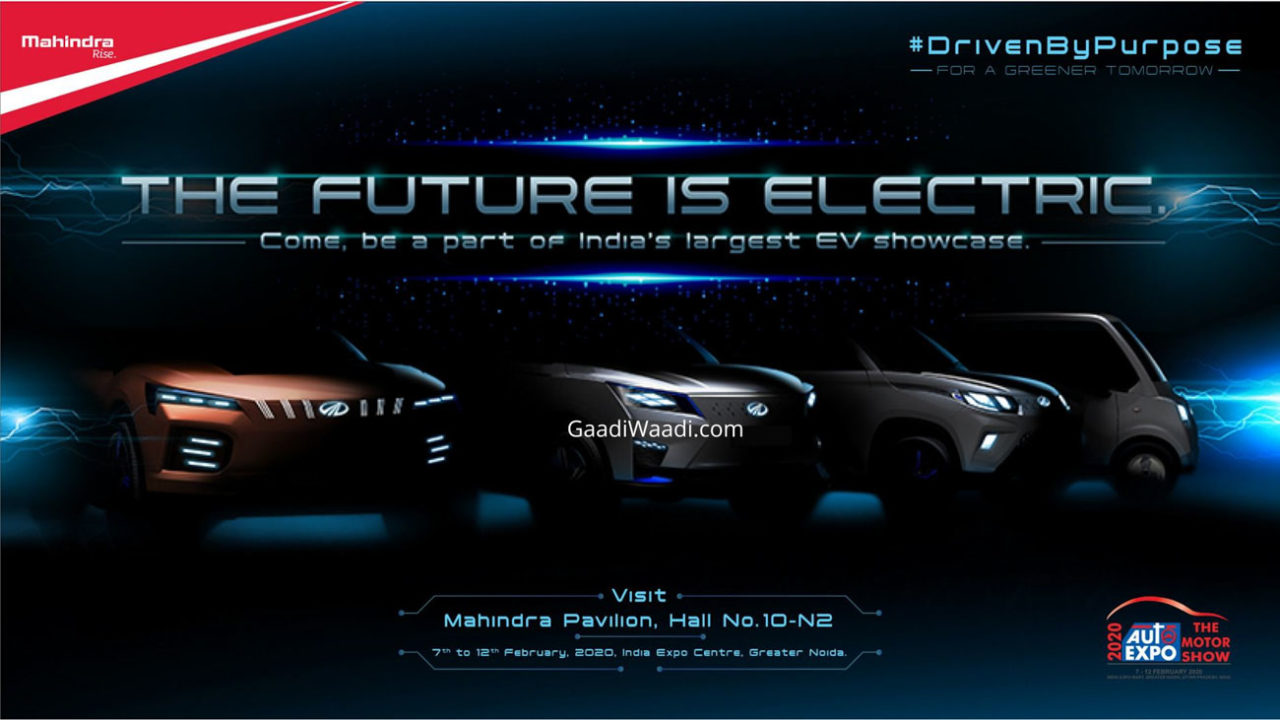 The concept’s front end shows the presence of illuminated Mahindra logo, slanted horizontal grille slats, triple chamber LED headlamps, and the bumper comprises of horizontally stacked LED fog lamps. We do believe that it previews the design of the second generation XUV500 along with a likely electrified version of the SUV bound for the neat future.

The 2020 Mahindra XUV500 is believed to make its domestic debut later this year and it has been developed from scratch both inside and out in response to the growing competition in the mid-size SUV space. While the exterior has taken an evolutionary approach to design, the interior is completely overhauled with less use of physical buttons.

The cabin will possess a large touchscreen infotainment system and most of the action will be centered around it and its interface. Mahindra could eye a sweet spot in the burgeoning premium electric SUV and bring up a zero-emission model with learnings from SsangYong and possibly the next-gem Korando. It could rival MG ZS EV and Hyundai Kona Electric.