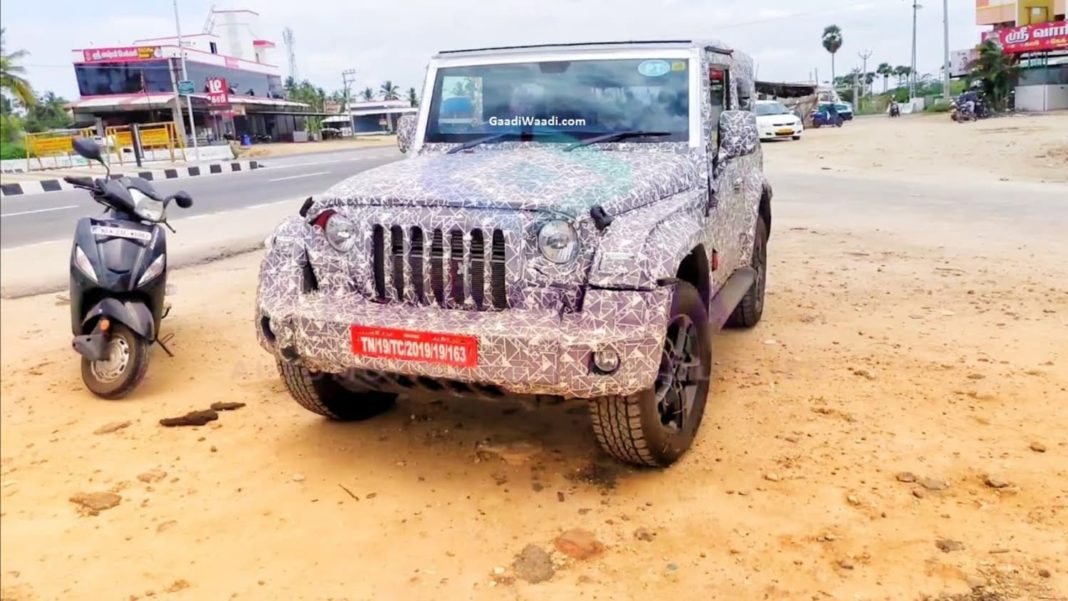 Mahindra & Mahindra has a lot of new vehicle launches lining up. The company is currently working on newer models of the Scorpio, XUV500, and the Thar. We’ve seen plenty of spy pictures and videos for each of these models. Recently, the new-generation Thar has been spied during testing once again, and a lot of details can be seen in the video.

The video was uploaded by a YouTube channel called ‘HMD AutoVlogs’, and it gives us a very detailed close look at the upcoming 2020 Mahindra Thar. We can see that the styling of the car remains the same as before, but a little more mature. Although we don’t have a confirmation on this, the dimensions seem bigger than the previous model.

The front end of the car has round headlamps and an old-school seven slat grille, reminiscent of the Jeep Wrangler. The wheel arches bulge ahead of the face and merge into the front bumper, which has foglamps integrated into it. The test car sports alloy wheels. The front wheels have disc brakes, while the rear wheels have drum brakes on it.

We also see the Mahindra Thar driving around leisurely on highway, probably testing the low-speed driveability of the car. At one point, the car comes close to the camera, and there is no diesel clatter from it. Thus, we conclude that this test mule is the petrol-powered variant of the Thar.

The specifications are a mystery at this point, but we suspect it will sport the 1.5-litre ‘mStallion’ engine, which was showcased at the 2020 Auto Expo. This 1.5-litre, inline-4, turbocharged petrol motor can generate a maximum power of 165 PS and 280 Nm. This powerplant would be the most powerful on ever offered on the Thar. 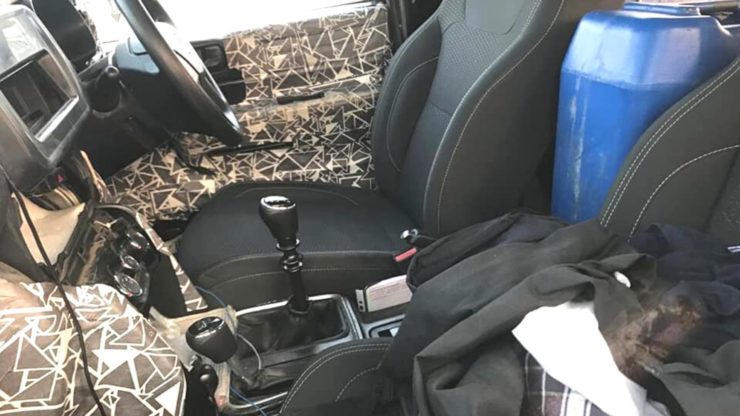 Other than that, there will be a 2.2-litre diesel engine on offer. This motor will be the same one as on the BS6 versions of the Scorpio and XUV500, but in a different state of tune, probably around 140 PS and 320 Nm. There would be a 6-speed automatic gearbox on offer as well, along with a 6-speed manual transmission. The launch date still hasn’t been confirmed, but we expect the vehicle to launch in the coming weeks.