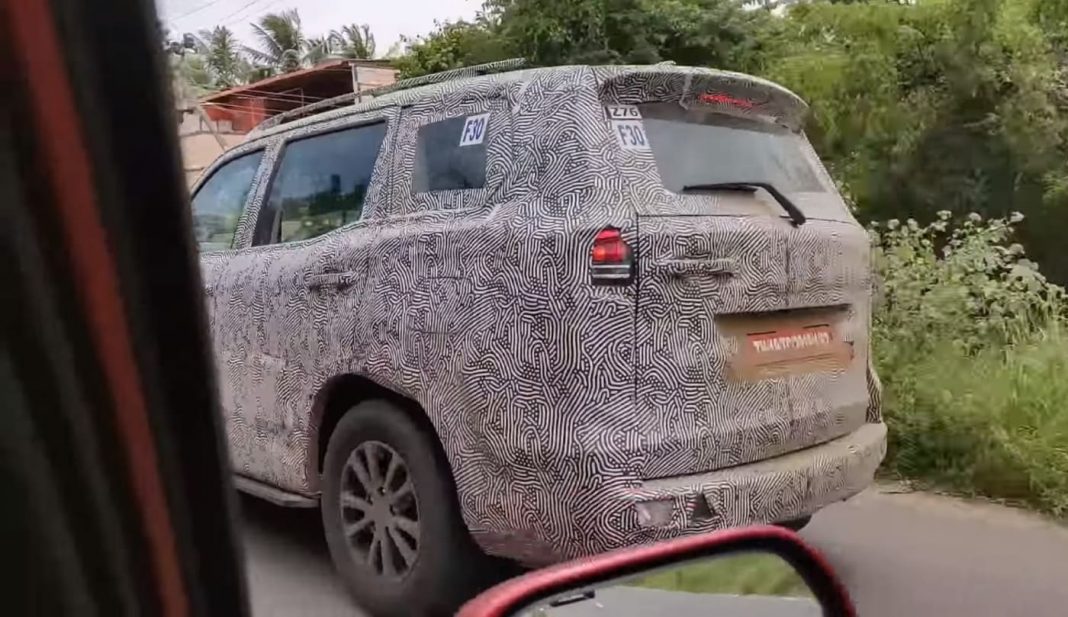 The next-generation Mahindra Scorpio is expected to launch in early-2022, and will likely be offered with 2.0L petrol and 2.2L diesel engine options

Mahindra & Mahindra is all set to debut the new XUV700 in the Indian market in the coming weeks. Apart from that, the manufacturer is also working on the next-generation version of the Scorpio, which has been spotted several times during road tests. A new spy video of the SUV recently emerged online, which shows a near-production test model driving around the streets of India.

The test mules continue to be wrapped in thick camouflage, so not a lot of design details are visible here. However, we do see the LED headlamps and the wide front grille. The latter gets six vertical slats, paired with horizontal slats behind them. The foglamps are hidden here, but we know that they will be C-shaped LED units, thanks to previous spy pictures.

The next-gen Scorpio will sport 10-spoke alloy wheels, which can be seen here. The tail section is flat, with a steep rear windscreen and a sideways-opening tailgate. We also see a roof-mounted spoiler (with integrated stop lamp), a pair of roof rails, and side steps on the SUV. Previous spy shots have also revealed that this upcoming SUV will get vertically-oriented taillamps.

The upcoming new-gen Mahindra Scorpio is expected to be available with the same 2.0-litre turbo-petrol and 2.2-litre turbo-diesel engine options as the Thar and the soon-to-launch XUV700 but in a different state of tune. There will likely be two transmission options on offer – a 6-speed manual and a 6-speed automatic gearbox. The vehicle will come in RWD configuration as standard, with a 4WD option available on higher trims.

The next-generation Scorpio will continue to be a body-on-frame SUV, built on an updated ladder-frame chassis. Also, it is expected to be larger in dimensions than the existing model, which should mean more interior room as well. There will be plenty of premium features available, like a large touchscreen infotainment system (with Android Auto and Apple CarPlay) and an electronic sunroof. 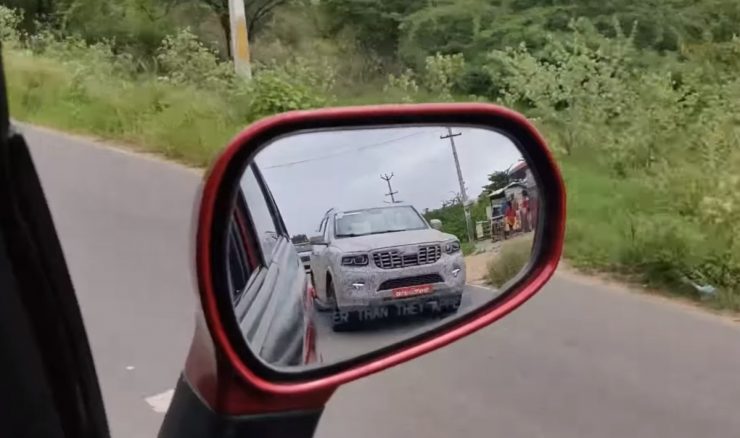 The SUV is also expected to get connected car tech, thus improving the overall convenience factor. The next-gen Mahindra Scorpio is expected to launch in the Indian market early next year, and upon arrival, it will compete with the likes of Hyundai Alcazar, Tata Safari, MG Hector Plus, and its own sibling, the forthcoming XUV700.