Hyundai Motor India Limited (HMIL) is playing all their big cards in India now. They recently introduced the facelift variant of their popular executive sedan Elantra while they also have a plan to revive their popular entry-level hatchback Santro which is expected to garner quite a lot of attention for sure.

Back in August, we caught a glimpse of the next generation i20 while it was being tested in South Korea and few reports state that it will most likely be introduced in India in 2020. Recently our in-house Rendering artists have actually visualized the new generation Elite i20 in its new avatar for our readers.

As you can clearly see from the rendered image that the front profile of the premium hatchback gets a more aggressive design, the swept back headlamps and the big grille is definitely the highlight of the front profile and will even remind you of the new Elantra. The headlamps look sharper and more angular and feature a new set of LED DRLs.

The projector units of the current generation hatchback will most likely be replaced with an all LED headlamp unit which will help take its premium quotient a notch higher. The hexagonal front grille with the shiny Hyundai logo in chrome like we said is the second highlight of the front profile and helps to add a more aerodynamic as well sporty appearance to the hatchback. 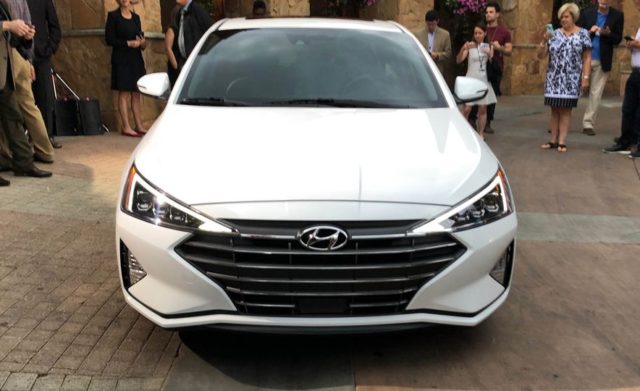 As we move towards the side profile do not expect too many changes there though however, you can expect a new set of bigger and chunkier alloys (the current generation car gets 16 inches alloys) to go with the overall sporty theme of the new generation Hyundai Elite i20. The blacked out B and C pillars will help carry over the premium hatchback look towards the side profile of the hatch.

Although the rear profile of the hatchback is not visible in this Rendered image but you can expect quite a bit of change there as well which might come in the form of a new LED taillamp design and sportier rear bumpers. As far as the engines are concerned Hyundai will likely introduce a new turbocharged petrol unit alongside its existing set of powertrains which will meet India’s new Bharat stage 6 emission norms and is expected to generate slightly more power.