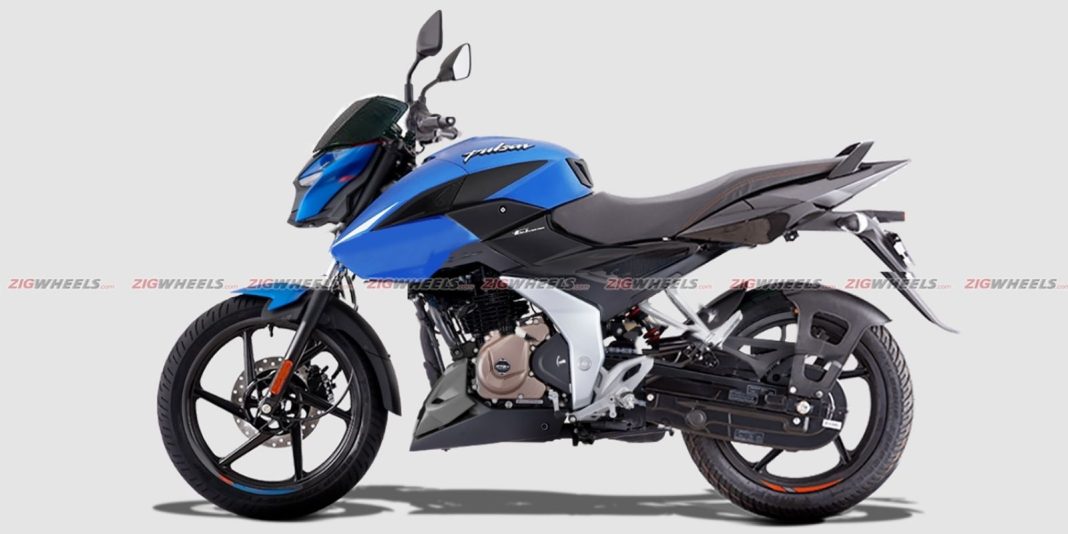 Bajaj Auto introduced the Pulsar F250 and N250 in the domestic market last year and they have been well received amongst buyers. They are based on a new tubular frame and based on it, the next generation Pulsar range will be built around. We have already seen the all-new Pulsar 125 based on the quarter-litre duo’s styling caught testing.

Only a few days ago, what looks like the N160 derived from the NS160 was spied in its production guise. Both the test mules have plenty in common and since they are in a close-to-production state, we can expect them to be rolled out of manufacturing lines in the coming months before a potential launch around this festive season when the purchasing sentiment will largely be positive.

Here we have the rendering of the next generation Pulsar 150 motorcycle, based on the spy shots. It has a new bikini fairing boasting a new projector headlamp unit and the Wolf Eyed LED Daytime Running Lights are a standout. The compact tail section is another highlight of this digitally rendered image while the single-piece seat setup, license plate holder and integrated fender can also be seen.

The fuel tank extensions hark back to the past as they pay homage to the Bajaj Pulsar LS135 and the new engine cowl looks all the more sporty. As for the performance, a new 150 cc single-cylinder air-cooled engine could be utilised with higher power and torque outputs. Currently, the motor develops a maximum power output of 14 PS and 13.25 Nm of peak torque.

As for the mechanicals, a telescopic front fork setup and a monoshock rear suspension could be retained while a disc brake at the front and a disc brake at the rear could do the stopping duties, assisted by a single-channel ABS system. Expect the market launch to happen sometime next year considering the high volume sales the 150 range is responsible for.

The first motorcycles from Bajaj and Triumph’s partnership were caught testing a few months ago as well and the Chakan-based manufacturer also announced its intentions to expand its EV portfolio.