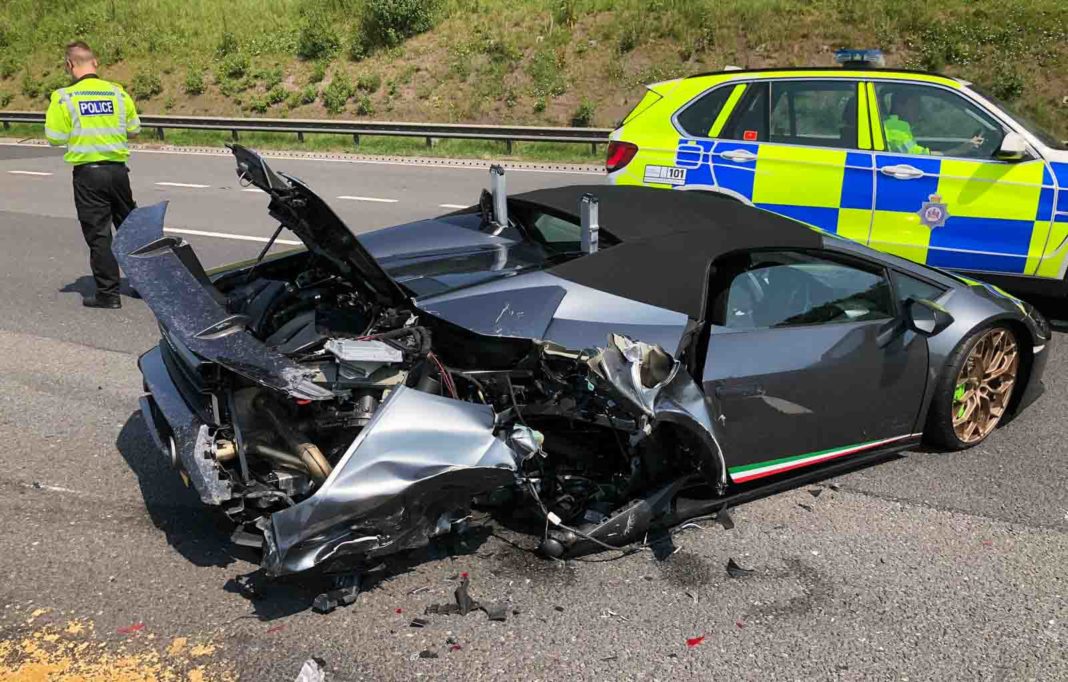 We saw a Volkswagen Polo ending up upside down just moments after delivery while a Kia Carnival was slammed right into a wall off the showroom head on in recent weeks. But, these accidents won’t come close to what you are reading here. For many of us, supercars are dream machines only we could fancy owning in reality but for others it would not be much of a problem.

Not everyone buy supercars or even hypercars for the passion of owning them but to showcase their social status and we do not know where the owner of this Lamborghini stands. A brand new Lamborghini Huracan was wrecked in just 20 minutes of driving it out on the roads for the first time according to police reports. The high-end machine is said to cost around £200,000 (Rs. 1.86 crore) in the United Kingdom.

It was heavily damaged in a nasty accident on the M1 in West Yorkshire. Unfortunately, the Huracan was rammed from behind by a van after pulling over in the outside lane following a mechanical failure. The driver of the van endured injuries to his head in the accident and he was said to be out of life’s danger. The pictures were taken by a police officer from West Yorkshire. 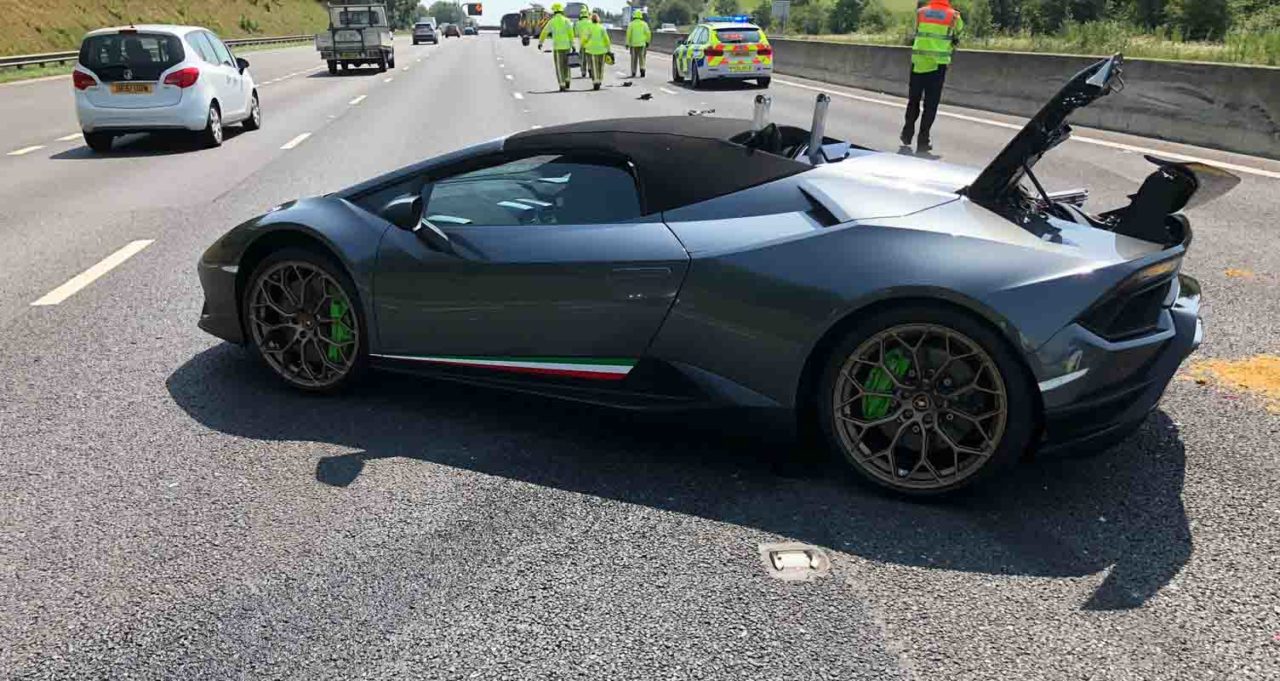 The accident happened near Ossett in lane three and police officers were called before the motorway was shut and the wreckage was moved to make way for the motorists. This obviously caused delays. While the motorist was unidentified during the time of writing, where the Lamborghini was purchased and whether it was new or not was clearly notified.

Models involved in crash are sold online for prices between £150,000 and £250,000 according to the report. The van driver looks to have hit the Huracan on the rear right hand side as the complete section was totally damaged exposing the engine and exhaust pipes. The Huracan Performante was first launched in India in 2017 for a price of Rs. 3.97 crore (ex-showroom), powered by a V10 engine.

The Huracan Performante Spyder’s forged carbon fibre body shattered as the gold coloured wheels and tri-colour Italian flag stripes on the sides could be seen. Earlier this year, a businessman from Bangalore was said to have slammed his Lamborghini Gallardo into a check post before abandoning his vehicle.