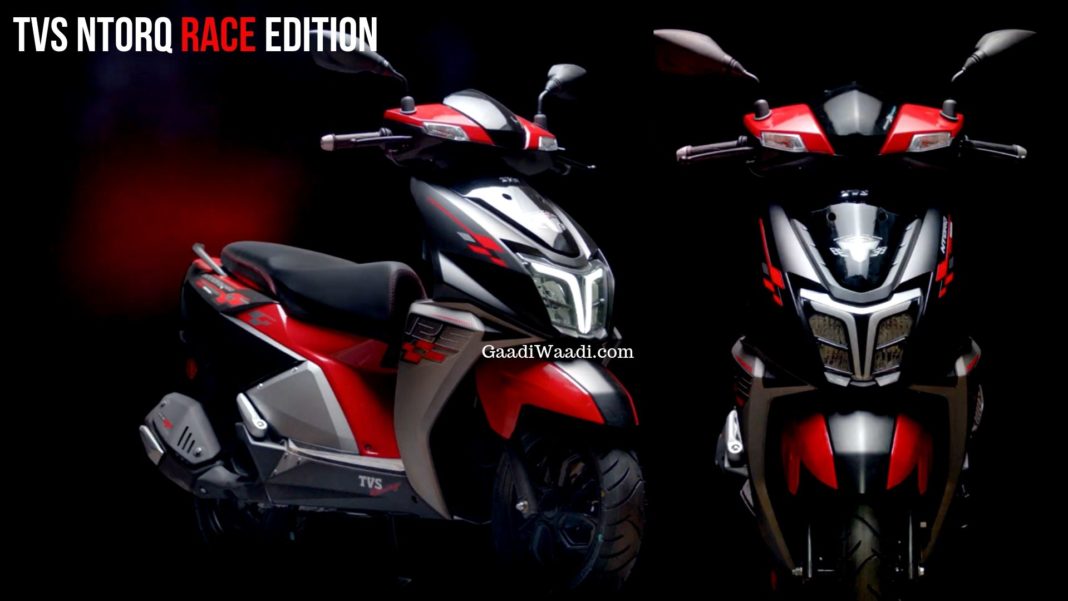 TVS Motor Company introduced the Race Edition of its popular Ntorq 125 in the Indian market in September 2019. To differentiate itself from the regular scooter, TVS has implemented new graphics and notable new features have also been added to make the offering attractive.

We got to see the TVS Ntorq 125 Race Edition in person at the Moto Soul event in Vagator, Goa last month and could not resist filming it. The walkaround video gives you all the in-depth details you need to know about the range-topping model.

The TVS Ntorq Race Edition has the new LED headlamp as the most highlighting feature alongside the LED Daytime Running Light (DRL). Other key equipment includes a segment-first hazard lamp and SmartXonnect Bluetooth connectivity with GPS and race-inspired user interface.

The overall design theme of the 125 cc scooter remains the same but the bodily graphics have been heavily updated with a three-tone combination. The colour scheme (matte black, metallic black and red) reflects on the racing heritage of the homegrown two-wheeler manufacturer.

The TVS NTorq 125 Race Edition is priced at Rs. 62,995 (ex-showroom, New Delhi) and due to the addition of the new equipment, it is Rs. 3,000 more expensive than the disc brake variant of the regular scooter. 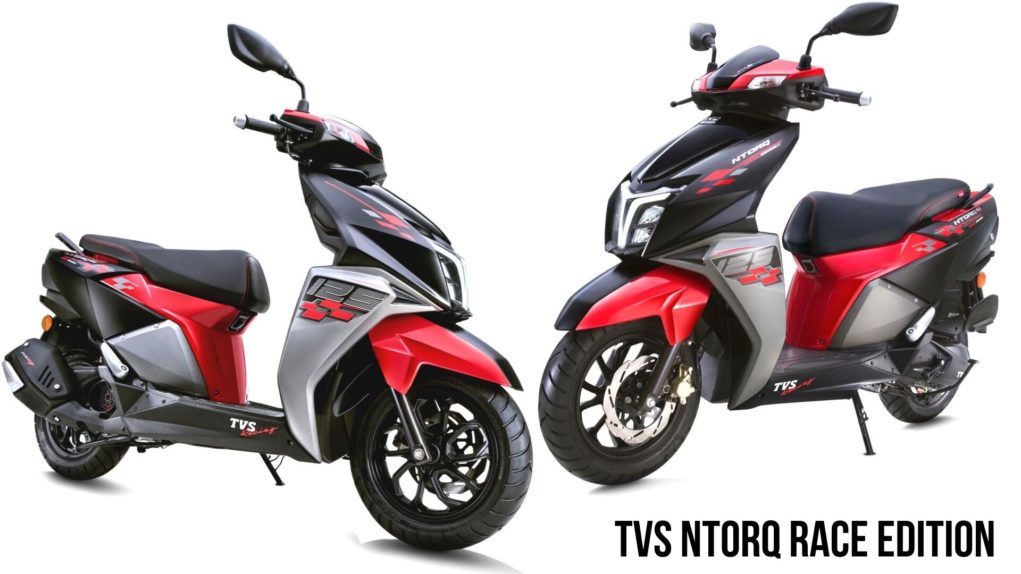 For your reference, the drum brake version of the TVS Ntorq 125 was only launched earlier this year costing Rs. 58,252 (ex-showroom, New Delhi). The Race Edition has been spread across TVS’ portfolio already and it widens the Ntorq’s range to three variants.

No mechanical changes have been made to the Race Edition as it continues to use the 124.7 cc single-cylinder air-cooled four-stroke engine. It is good enough to produce a maximum power output of 9.25 bhp at 7,500 rpm and 10.5 Nm of peak torque delivered at 5,500 rpm mated to a CVT-i transmission.