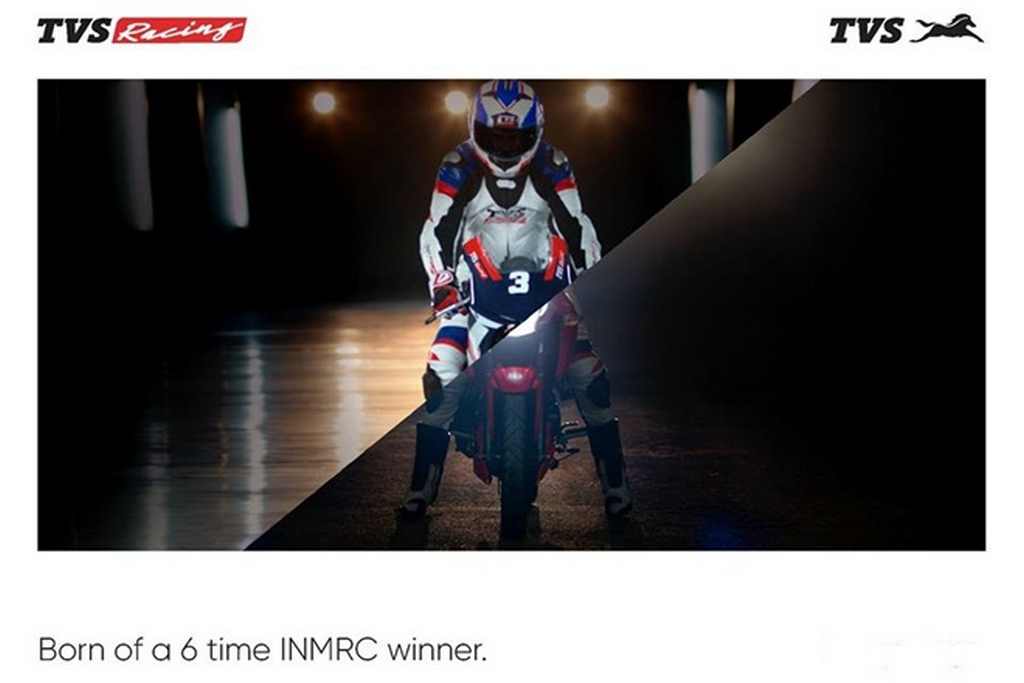 TVS has released a teaser image and a video of its facelifted Apache RTR 160 ahead of its launch tomorrow. The popular entry-level sporty motorcycle is finally getting its big push as throughout its over a decade of lifespan its exterior has evolved by becoming more edgy but the competition does beg for more.

Ever since the arrival of the Apache RTR 200 4V, its styling and other bits were expected to be influenced on the 160 and 180 cc siblings but TVS has indeed kept the people waited. However, the wait is finally getting over tomorrow as the 2018 Apache RTR 160 is appearing in front of the media for the first time and it could be accompanied by the 180 cc sibling.

The Racing bloodline of 6 Championship wins. Stay tuned for the live reveal on 14th March, 12 P.M. at: bit.ly/tvsapache #BornofaChampion #TVSRacing

The teaser image does show the facelifted 160’s racing prowess and the #BornOfAChampion hashtag further confirms its track heritage more than ever. It will obviously adorn comprehensive design updates to go in line with the 200 4V.

Moreover, it is more likely to be priced aggressively against its rivals whilst boasting a number of new features. The race-going Apache endorsed in the teaser has mastered the Indian racing scenes by grabbing six national championships and the brand new Apache 160 is expected be its descendant in terms of performance.

We saw the spy pictures of the upcoming model a few months ago and there are some almost definitive conclusions made from them. It will follow a new design direction with upgraded body panels while being build on a heavily updated frame.

To firmly contest against the likes of Bajaj Pulsar NS 160, Honda CB Hornet 160R and Suzuki Gixxer, mechanical revisions are also likely in the cards. Watch this space for more action as we bring you all the launch updates tomorrow!