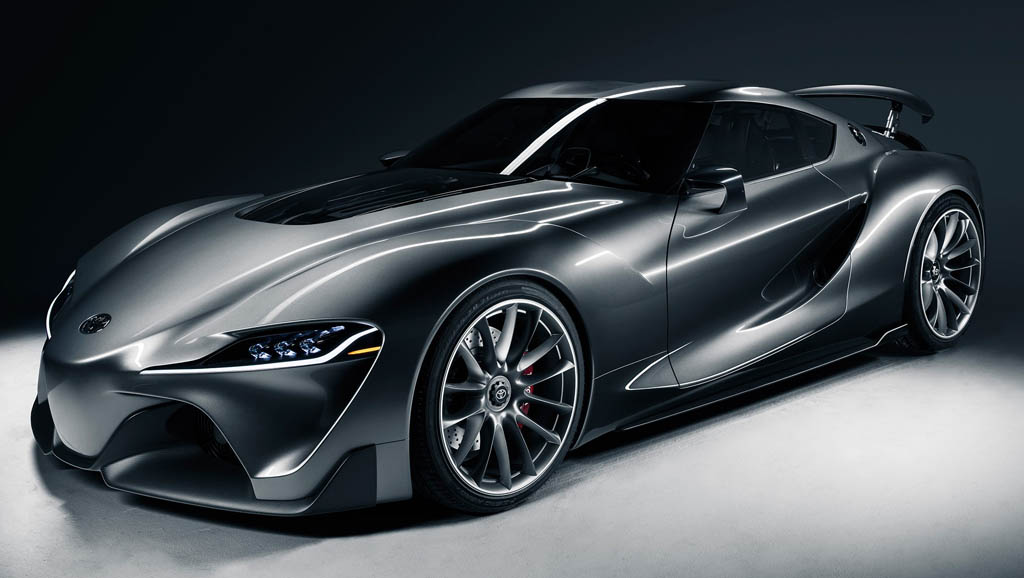 Toyota Supra has been a long standing sports car from the world’s largest automaker. It has been in business since 1978 to 2002. The Japanese automaker last produced the MklV Supra in 2002. After that Toyota started working on a new Supra in association with BMW. Both the automakers have been working on the project since 2012. The project includes the new generation Supra and BMW Z5.

The new Toyota Supra is expected to launch in 2018. It will be based on the FT-1 concept, which was showcased at 2014 Detroit Auto Show. 2018 Toyota Supra will be positioned above the 86 in the lineup. Interestingly, the new Supra will be launched after the BMW Z5. As both these cars has been part of the same development project. These two cars might come sharing at least slight design cue with each other. If the Toyota FT-1 concept is the inspiration of the new generation Supra, then it will surely come with a killer appearance. Compare to the last Supra rolled out by Toyota it would get a sharper and very aggressive design.

Expect the headlamps to come sleeker and featuring LED units. The front bumper and the entire fascia will sport significant amount of carbon fibre reducing the overall weight of the car. It will also enhance the aerodynamic efficiency. As reports suggest, the new Toyota Supra is likely to be powered by a straight six BMW petrol engine. This internal combustion unit will be combined with electric motor powered by supercapacitors.

This hybrid powertrain will deliver power to the All Wheel Drive (AWD) system in the sports car. Interestingly, the BMW Z5 will also feature same powertrain. Incidentally, the Z5 is the replacement of the BMW Z4.