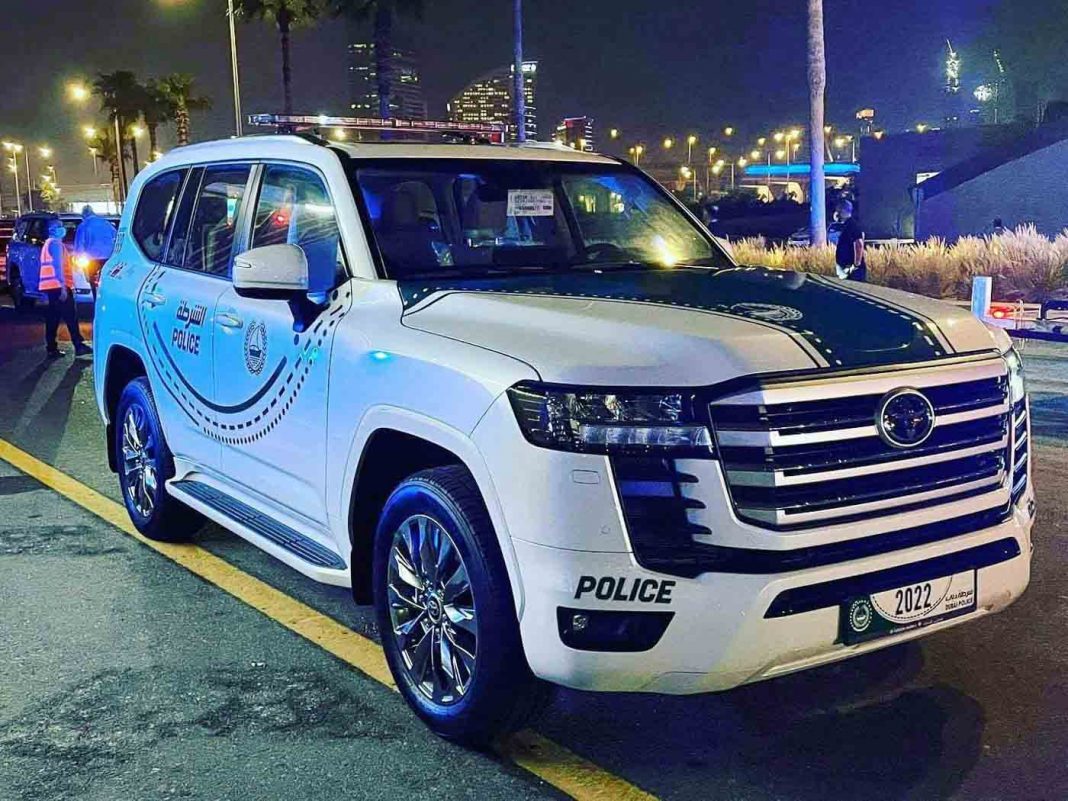 Toyota Land Cruiser 300 appears to have joined the Dubai Police fleet as seen from the pictures; powered by two twin-turbo engines in global markets

Toyota unveiled the new generation Land Cruiser just over a week ago and it has already joined the Dubai Police fleet. The range of cars used by them has drawn attention across the globe as exotic supercars and SUVs have attracted many. You could also see conventional everyday cars including the Land Cruiser off-road SUV.

The pictures of the Toyota Land Cruiser 300 posted here show the signature green livery of Dubai Police on the bonnet and sides as they can be clearly seen. In its latest iteration, Toyota has kept the body-on-frame construction to preserve the legendary go-anywhere characteristics of the SUV but is based on the more modern TNGA-F architecture.

The platform has helped in reducing the overall kerb weight by 200 kilograms while making the LC more rigid with lowered centre of gravity for better handling. It gets a host of mechanical highlights such as improved suspension with E-KDSS (Electronic Kinetic Dynamic Suspension System), multiple drive modes, terrain monitor, etc.

In terms of overall dimensions, the Toyota Land Cruiser 300 remains the same as the previous model including the approach and departure angles. The Land Cruiser has been around for many decades and the latest iteration is the most advanced yet. To meet the stringent emission standards prevailing across the globe, new powertrains are introduced as well.

Gone are the old V8s as two twin-turbocharged engines are now part of the lineup. The 3.5-litre V6 petrol develops a maximum power output of 415 PS and 650 Nm while the 3.3-litre twin-turbo V6 diesel delivers 309 PS and 700 Nm. The powertrains are paired with a ten-speed automatic transmission as standard sending power to all the four wheels.

The Japanese manufacturer also announced the top-spec GR Sport version of the Land Cruiser 300 and it will be launched in the near future. As for India, Toyota is expected to bring in the LC300 towards the closing stages of this year to join the premium range comprising Vellfire. The speculations surrounding the Hilux’s local debut also exist in India.