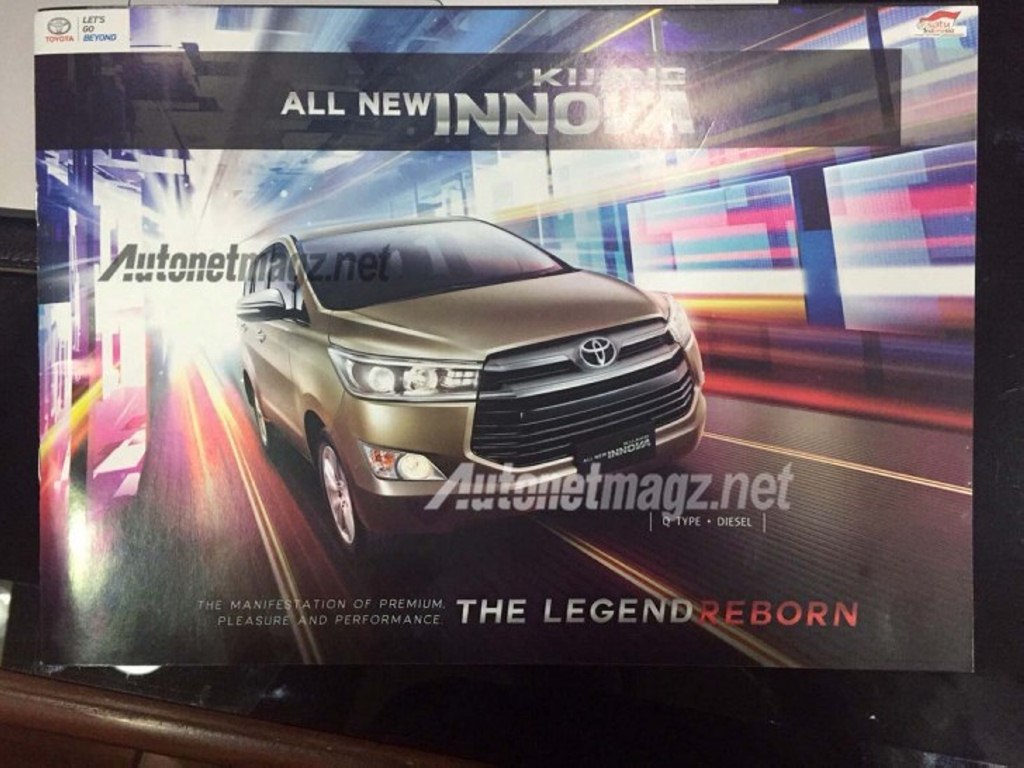 New Toyota Innova 2016 will come with diesel automatic, the new GD Series engine will be more powerful and efficient than before

Toyota is again in the news and this time exclusive news comes from overseas. Indonesian’s has just witnessed leaked brochure and entire details of the upcoming Innova which is a few weeks away from launch in that country. Innova is the bread and butter model for Innova in many third world countries and in India it heavily relies on it.

Despite the fact it goes to fleet manager like many Toyota cars, Toyota is all set to stratgesize the way out in the market. Rumors pretty much old Innova will stay and new Innova will given to private consumers for the first year. 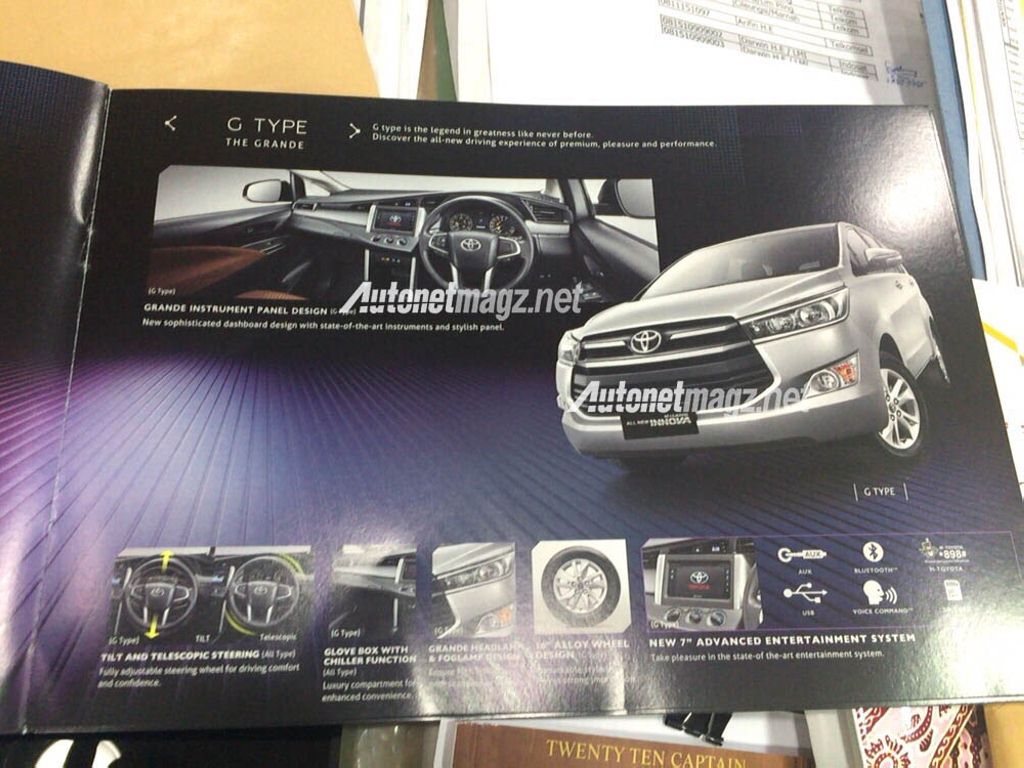 Coming to the details of the New Toyota Innova 2016, it is set to get a 2.4 l GD series of diesel engine which could be made in India and as for now the 2.5l diesel is imported from Japan, which cost a Toyota a bomb as exchange rates are not favorable and hence the ridiculously high pricing of the Innova.

Mechanically, the car will continue to have a ladder on frame chassis and now it is likely to sit on 16-inch wheels instead of 15 inch. 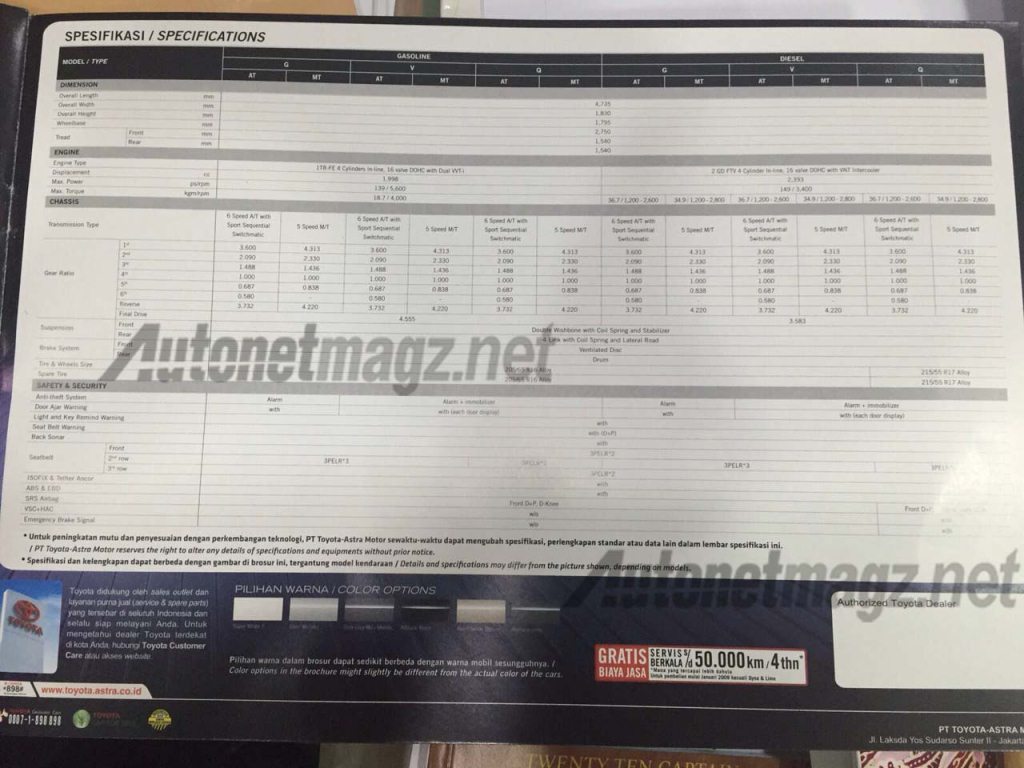 2.4l diesel engine will get 147 PS and 341 Nm. However, we think it will continue to get 100 PS diesel in manual and automatic will get the same original 147 PS tune. 6-speed automatic is good news as it should replace the old 4 and 5-speed automatic in India.

Power can be controlled via a power and Eco buttons for either more efficient or boost. 2.0 petrol engine was first seen in India, but was quickly discontinued as India and Petrol SUV do not go hand in hand. 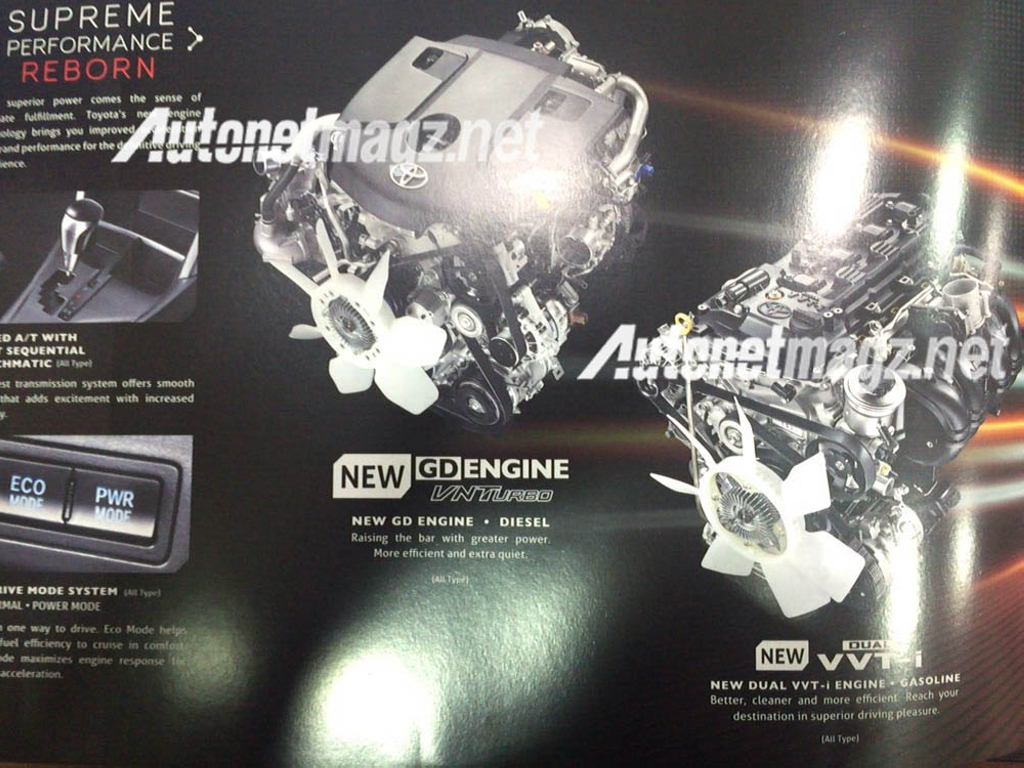 Interior is said be V-shaped and more driver oriented. 7 inch touchscreen and 7 rows of seating along with 7 airbags in terms of safety will make it. LED illumination inside the cabin will be witnessed along with all windows auto down, keyless entry and climate control and much more will follow.

All variants will have dual airbags and ABS along with EBD standard. Exterior wise, the car will get a very bold nose, a lot of chrome and LED DRL with projectors. 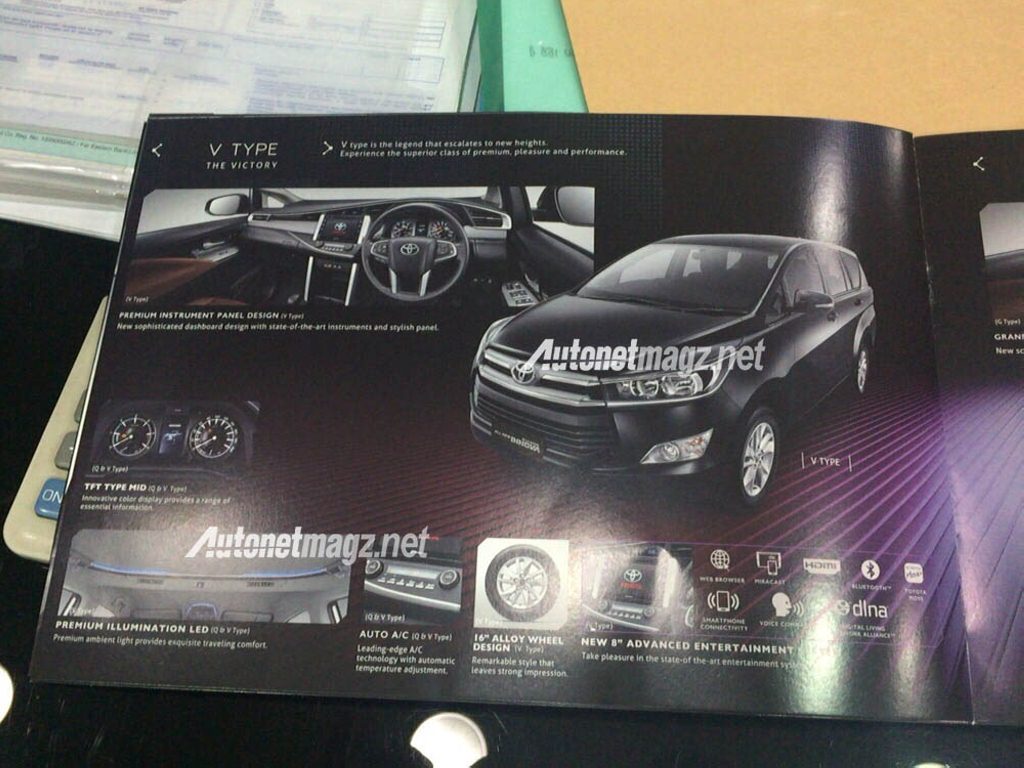 Innova is huge for Toyota and expect Indian specific changes, especially for base models after one year of the launch as it will go finally to fleet managers. Let’s wait and watch when the Innova comes in as it promises to even more and more likely with a better price tag as localization and made in India engines are surely to help.