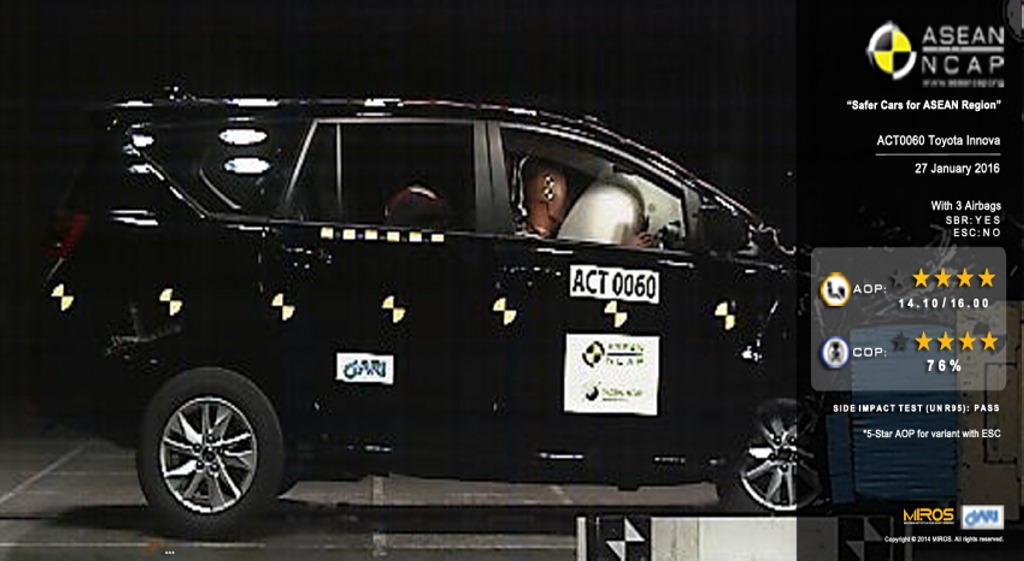 Toyota is one of the few manufacturer in the world with dedication towards safety since day one. The brand is known to make highly reliable and tough cars in their segments. The cars have withstood the test of time and said to live beyond the human life if possible. In the quest of fuel efficiency and other things, on paper, Toyota is known to make light build cars when it comes to steel. However, the manufacturer has always said that the steel is as per standards and is tough enough to withstand damage.

The statements are old but the results are the same. The Etios Liva hatchback just scores a healthy four star with airbags. It scored four stars for adult occupants and two stars for child occupants in the rear seats. This move came some time back when Toyota made airbags as standard on all variants of cars it sold. Everything else remains the same. Toyota Innova on the other hand scored a healthy 5 stars in crash worthiness. However, since the car does not have Electronic Stability Control, it gets a four star rating from the Asean NCAP. The new Innova Crysta which is set to be launched soon was tested for a front impact and had two airbags which it will get as standard in India as well. Coming to the Fortuner, the vehicle was just rated by the ASEAN NCAP as it tested the Hilux pick up truck on which the Fortuner is entirely based on. The ASEAN NCAP awarded the Fortuner full 5 stars as it has ESP and everything else and passes the front impact test with full marks for children and adult occupants.