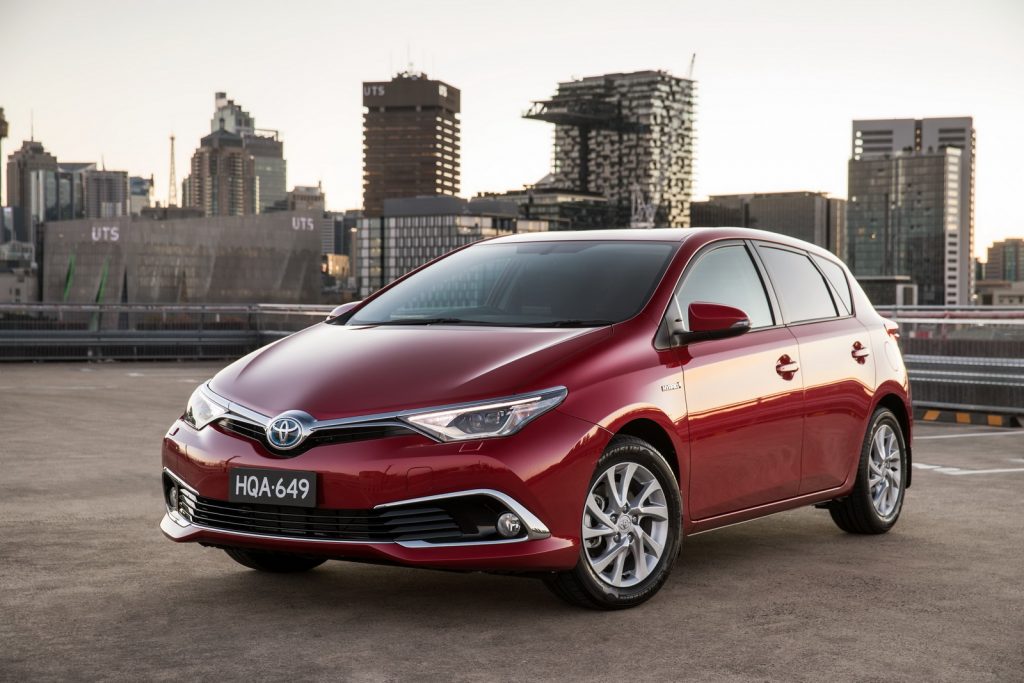 Also Read: 2017 Hyundai i30 Spotted Towing Trailer at the Nurburgring The new Australian Toyota Corolla Hybrid Hatch can be driven in the electric mode up till the speeds of 45 kmph. It can offer a fuel consumption of around 4.1 litres for 100 km combined and 3.9 litres for 100 km when used for urban driving. The automatic petrol Corolla, however, uses up to 8 litres of fuel for 100 km thereby making the new Corolla Hybrid stand quite high when we talk about fuel efficiency.

The double wishbone rear suspension in the car gives it a very stable handling and a very comfortable drive. The Toyota Corolla Hybrid launched in Australia comes with electronically controlled brakes and can be driven in three driving modes that are Power, Economy and Electric. Further, it also gets dual zone automatic air conditioner, auto-levelling bi-LED headlights, keyless smart entry, satellite navigation system, Toyota Link connected mobility and a 4.2inch thin film transistor which is used for multi-information display. Apart from these, the hybrid features all the other standard features of the SX and ZR variants.

Talking about the Toyota Corolla Hybrid Hatch launch in Australia, Tony Cramb, who is the Executive Director Sales, for Toyota Australia said that this is the third hybrid model to be introduced after Camry and the fourth generation Toyota Prius. He further added that this car offers the customers, world’s best-selling hybrid technology in the world’s all-time best-selling car. Toyota uses the Hybrid Synergy Drive technology for this Corolla Hybrid Hatch. This system is capable of operating the car in petrol as well as electric mode alone while it also lets you use a combination of both. The luggage space in the car is quite nice as the hybrid battery is placed under the rear seats. Seven airbags, reversing camera, 16inch alloy wheels etc. are just some of the features in the new Toyota Corolla Hybrid.