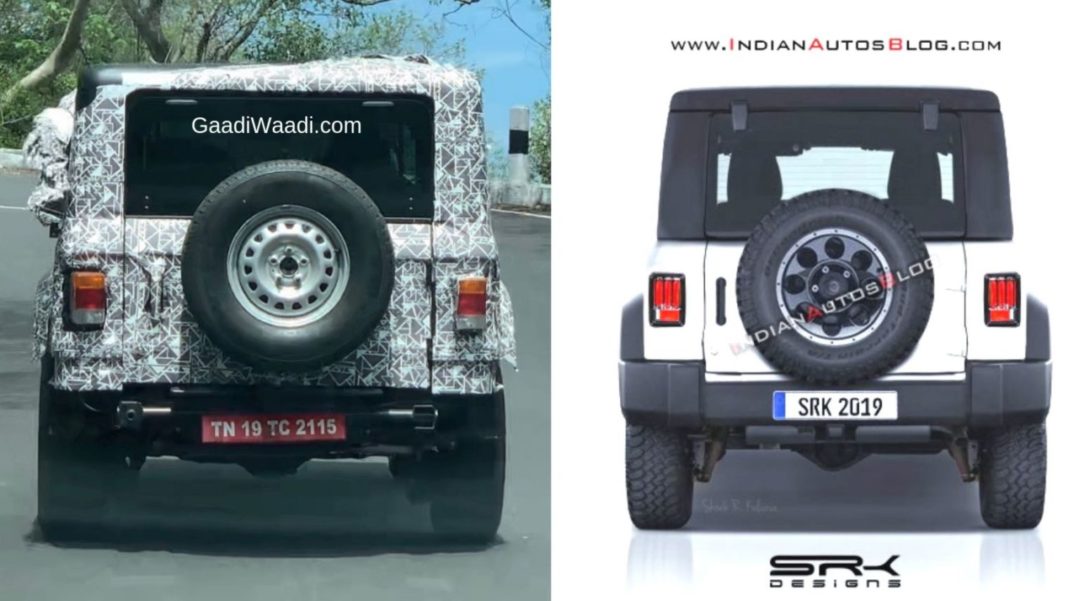 The upcoming 2020 Mahindra Thar has been spotted on test a couple of times now and based on that, a rendering has been made to reveal the rear-end of the SUV

Mahindra recently paid tribute to the iconic Thar SUV by introducing a limited-run Thar 700 edition. The tribute was paid as Mahindra will soon stop the production of the current-gen Thar to replace it with the next-generation model – the 2020 Mahindra Thar SUV. The new SUV has been spied on several occasions doing a round of testing in India. Now using the visual cues from the spy shots, IAB has rendered the rear-end of the next-gen model, giving us an insight on how the SUV would look like.

As per the rendering of the artist, the upcoming 2020 Mahindra Thar will have an evolutionary design, having ample similarities to the outgoing model, including the overall stance and size. However, there’s an increase in the width and the big wheel arches make it have an imposing stance.

There’s a spare wheel bolted on to the side-hinged tailgate in the renderings while the vertical brick-shaped taillights give it a premium look and are smaller to the current model. The Jeep inspired body gets a black hard-top roof giving it a dual-tone look. 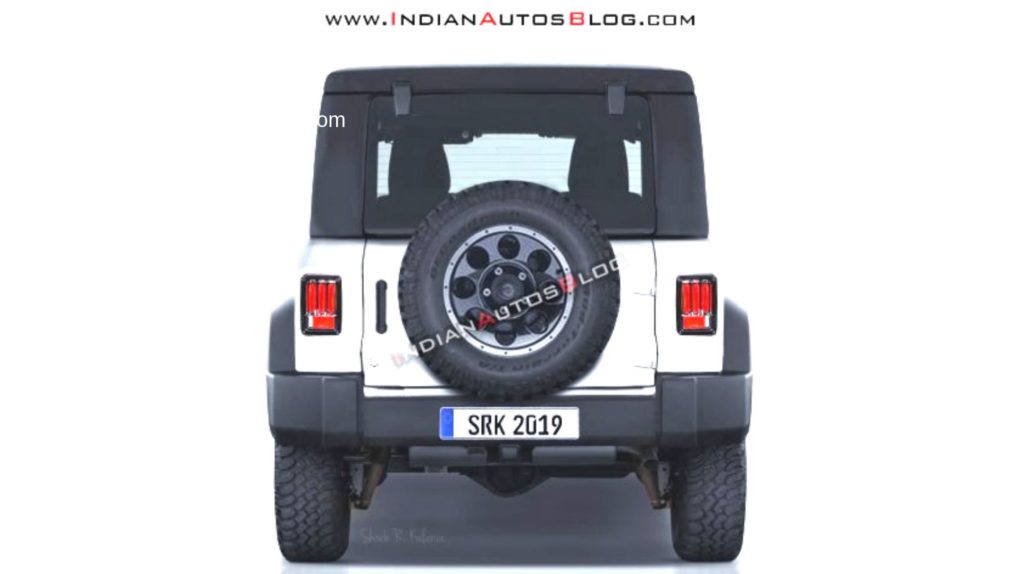 That’s the only hint we get from the renderings as there are no front or side profile designs. However, as per previous spyshots, it is clear that the all-new Thar will feature a seven-slot vertical front grille flanked by round headlights, inspired by Jeep CJB3, giving it an iconic look.

The upright windscreen and front-fender-mounted turn indicators will also be carried forward from the current Thar. What new the 2020 Mahindra Thar 2020 will get is mostly underneath the iconic body. 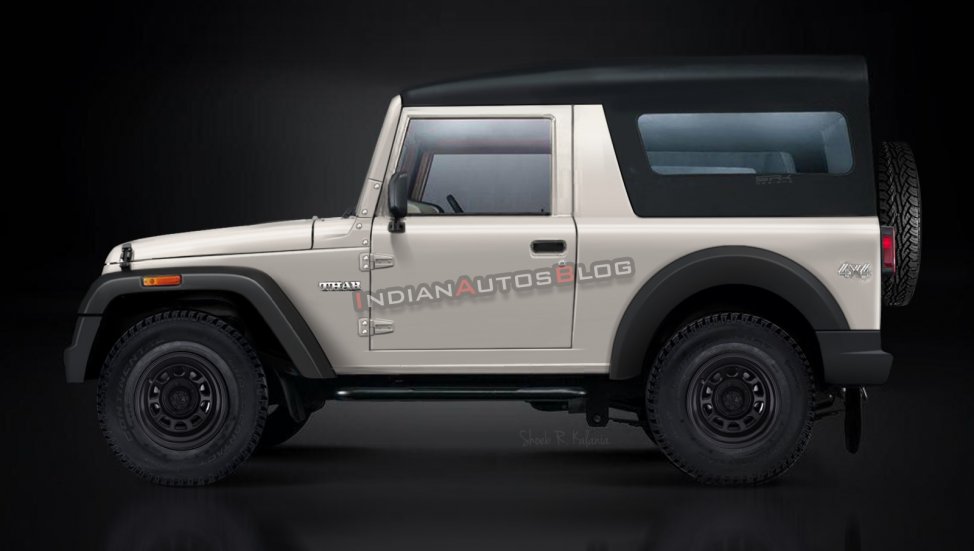 The next-gen model will be compatible to the BNVSAP crash test norms coming in action from 1 October 2019, and will also get a BS-VI compliant diesel engine. The 2.0-litre diesel engine will deliver 140 PS of maximum power and a peak torque of 300 Nm and will be mated to a 6-speed manual gearbox.

The equipped with all the safety features such as driver airbag, rear parking sensors, speed alert system and more which will be made mandatory under AIS 145 safety norms that come into effect on 1 July 2019. 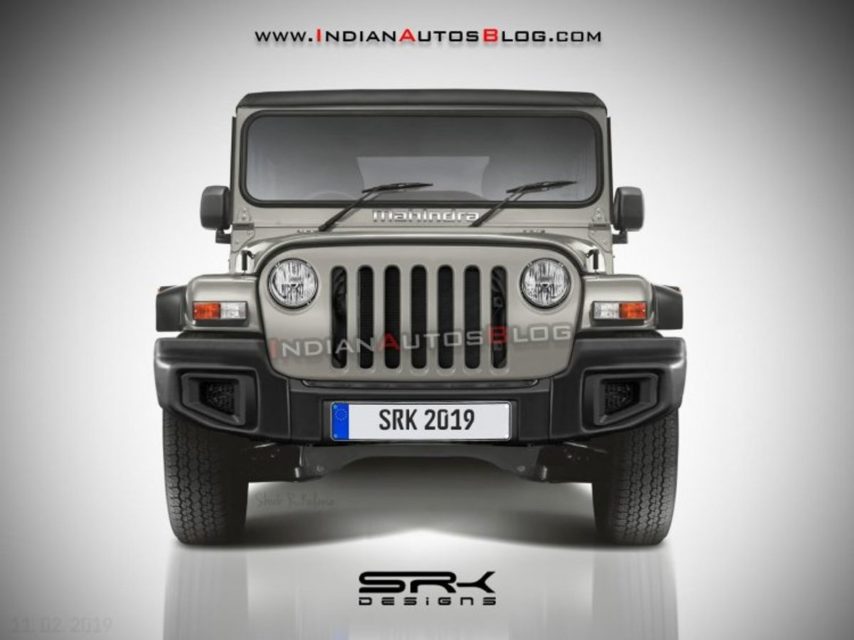 Inside the cabin will be a new big MID, round AC vents, and an all-black theme. The 2020 Mahindra Thar is expected to debut at the 2020 Auto Expo.