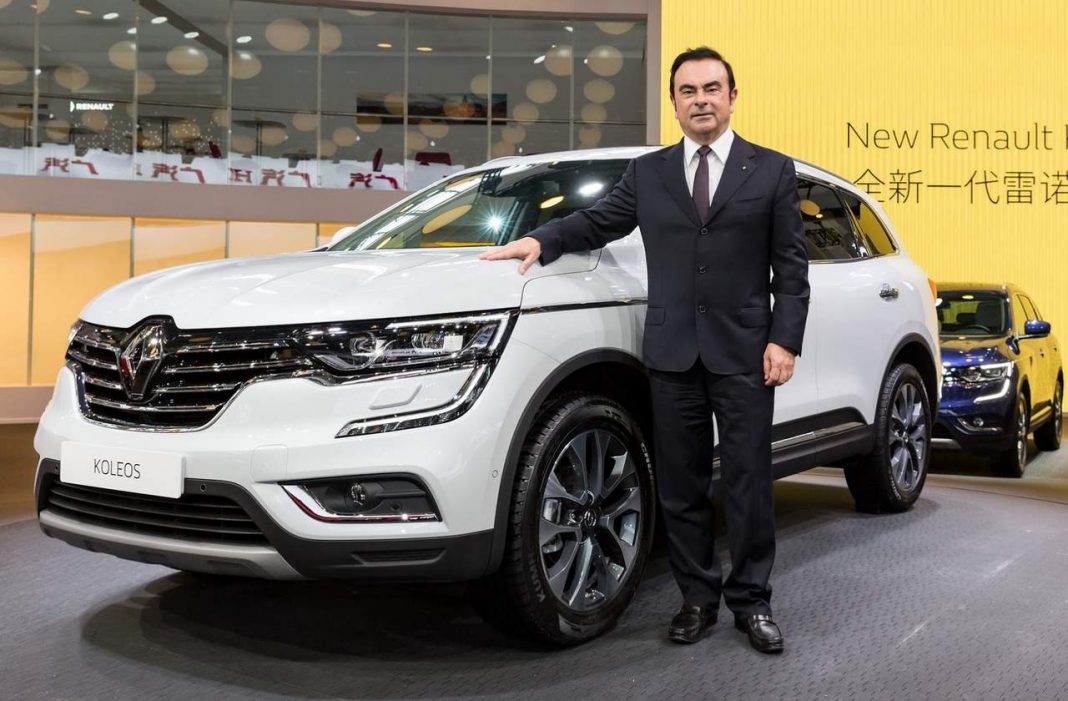 Renault has taken wraps off the all-new Koleos SUV at the ongoing 2016 Beijing Auto Show. With the new generation model, the French manufacturer can fancy success in the premium SUV segment globally as Koleos has been built with versatility in mind to adhere various market demands worldwide.

The design of the Renault Koleos has been influenced largely by the Talisman sedan which was crowned as the Most Beautiful Car of the Year recently and the styling department led by chief designer Alexis Martot has worked simultaneously in bringing up the finished product. Staying on course with the brand’s ‘Explore’ design philosophy, the new Koleos has been endorsed to have robustness and capability for adventures. The SUV in the flesh never stops intimidating as it’s large from every angle. At the front, the 1,843 mm width helps in the wider stance of the bonnet as the character lines dive in to the quartet-slated chrome grille. The sleek C shaped headlamps has secondary portion beneath the chrome border which makes the whole unit in the shape of E. The new Koleos is based on the CMF-C/D architecture of the Renault-Nissan Alliance and is largely dependent on the Nissan X-Trail. Both have almost similar wheelbase as the Koleos is 2,710 mm wide but it is slightly longer by 31 mm as it has 4,672 mm length against 4,641 mm of the X-Trail. The width also marginally differs by 23 mm as the Koleos is 1,843 mm wide in comparison with 1,820 mm for the Nissan SUV. It has a ground clearance of 213 mm and on the inside the extra length and wheelbase offer additional space. The dashboard is stretched out and the glove box can hold 11 litres of capacity. The R-LINK 2 touchscreen infotainment system comes with navigation, radio and hands-free telephony. The front seats can be adjusted six-way and they get integrated ventilation and power lumbar support. The Koleos has two petrol and two diesel engines available in different states of tune. They range between 130 and 175 hp and will be mated with a six-speed manual or a X-Tronic automatic. The All Mode 4×4-i drive system will let the drive choose between 2WD and 4WD modes. On low traction situations, the 4WD LOCK mode will allow for permanent all-wheel drive system. However, to cater demands of different markets, two-wheel drive configuration will be offered exclusively. In the countries like Australia and middle-east states, where the craze for large SUV will be high, Renault will enter the Koleos by the third quarter of 2016 before expanding its reach to Europe.